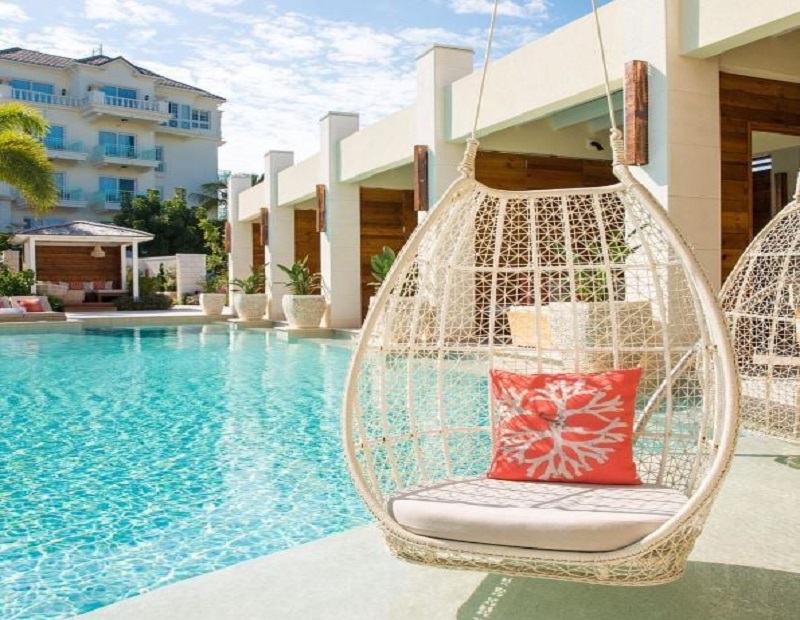 #TurksandCaicos, April 9, 2021 – Of the 64 resorts across the globe entered as most Instagrammable; it is the Turks and Caicos’ Shore Club which rises to the top as the World Champion; yes #1.

The 2021 World’s Most Instagrammable Hotel contest revealed the victory on Thursday morning for the Hartling Group luxury property on Long Bay Beach and to put it mildly, it feels good!

This is not only a win for the Shore Club but also a pride for the Turks and Caicos Islands at large.  One of the elements that set the stage for the dramatic win of the Shore Club is its popular Colonnade Pool Swings, which is by far the most popular location for Instagram shots at the Shore Club.

“This is a huge accolade for the Shore Club and Turks and Caicos!” added Karen Whitt. After all, sifting through a long list of competitor hotels worldwide wasn’t an easy feat.

The Shore Club was among the top 64 hotels drawn from the Americas, Asia & Indian Ocean, Europe, Africa, Middle East, and Oceanic.  And after five rounds of voting, the readers of Luxury Travel Advisor had narrowed the contest down to the two favourite hotels.

The Shore Club was ranked No. 12. Before making the historic triumph into the finale scheduled for Thursday, April 8 at 9 a.m. Eastern Time, the Turks and Caicos best hotel topped Vietnam’s Alma Resort in a close contest, 10,113 to 8,922, bagging 53.13 percent of the votes.

The Shore Club Turks and Caicos and Laqua Charme & Boutique in Italy faced off in a final round in the upcoming event that determined the winner for “The Most Instagrammable Hotel in the World for 2021.

When the votes were tallied, The Shore Club, pulled it off.

The astounding feat has been hailed as marvelous and while it is the most appropriate expression, “Congratulations to the Shore Club” seems underwhelmingl.