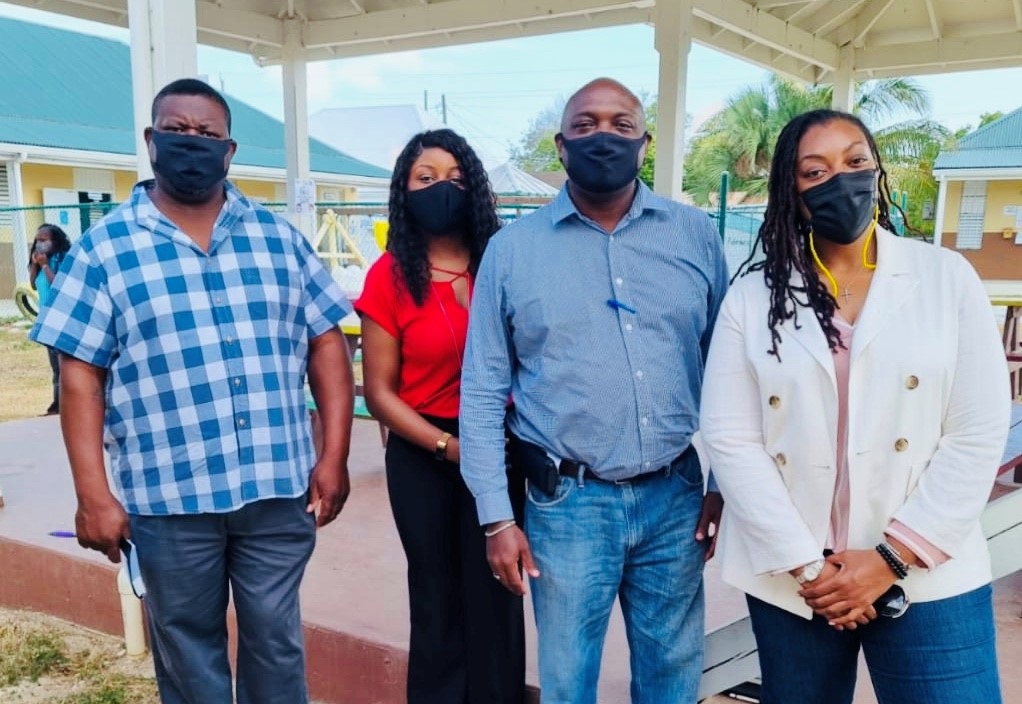 #TurksandCaicos, April 17, 2021 – Minister for Infrastructure Akierra Misick reports there are school blocks on the twin islands of Middle and North Caicos which had not been repaired since Hurricane Irma hit in September 2017.

The shocking reveal follows a site visit on Tuesday, which included both the Ministers of Education and Immigration; the latter, Arlington Musgrove, who is also the parliamentary representative for the district. Minister Misick said:   “the Ministry of Infrastructure through the Public Works Department is committed to enhancing the Campuses so that the students not only become twenty-first century learners, but have twenty-first century campuses to meet their developmental needs. Consideration will be especially given to developing the sporting facilities on the Twin Islands and renovation of various school blocks, which were not repaired post the 2017 hurricanes.”

The Minister was also joined by Gavin Thomas (Directors of Public Works), Roger Harvey (Civil Supervisor) Bernadya Smith (Executive Administrator) and by Public Works colleagues based in the Twin Islands.

“Visiting our Twin Islands School Campuses was indeed a pleasure, and reminded me of what I loved most about serving as the Minister of Education in the past. While engaging with the students we could see and feel the excitement of the students returning to face to face learning and we are proud that this government was able to provide that in a safe environment”

Monday April 12 was the first day for full in person learning for students across the country; a major decision announced by the new Education Minister, ending a year of out-of-the-classroom learning for thousands of children.

Undone construction refurbishment more than three and a half years following the hurricane was inexcusable to the Minister.

“It is clear that our public servants in the Twin Islands are making do with what they have; but this Administration will not require them to work in conditions that are not comfortable. Hon Musgrove has provided me with space options on the Twin Islands, and our Estates team will commence the required reviews to make the expansion a reality,” stated Minister Missick.

According to the Minister’s report, space has already been identified by the Member of Parliament for the school expansion and sport facility projects.

In addition to the various schools, the group also visited the building site of the Promenade & Craft Market in Bottle Creek, North Caicos managed by the Ministry of IHPD, and lastly had an opportunity to sample the delicious lunch options at the Seaview Cafe, Middle Caicos.