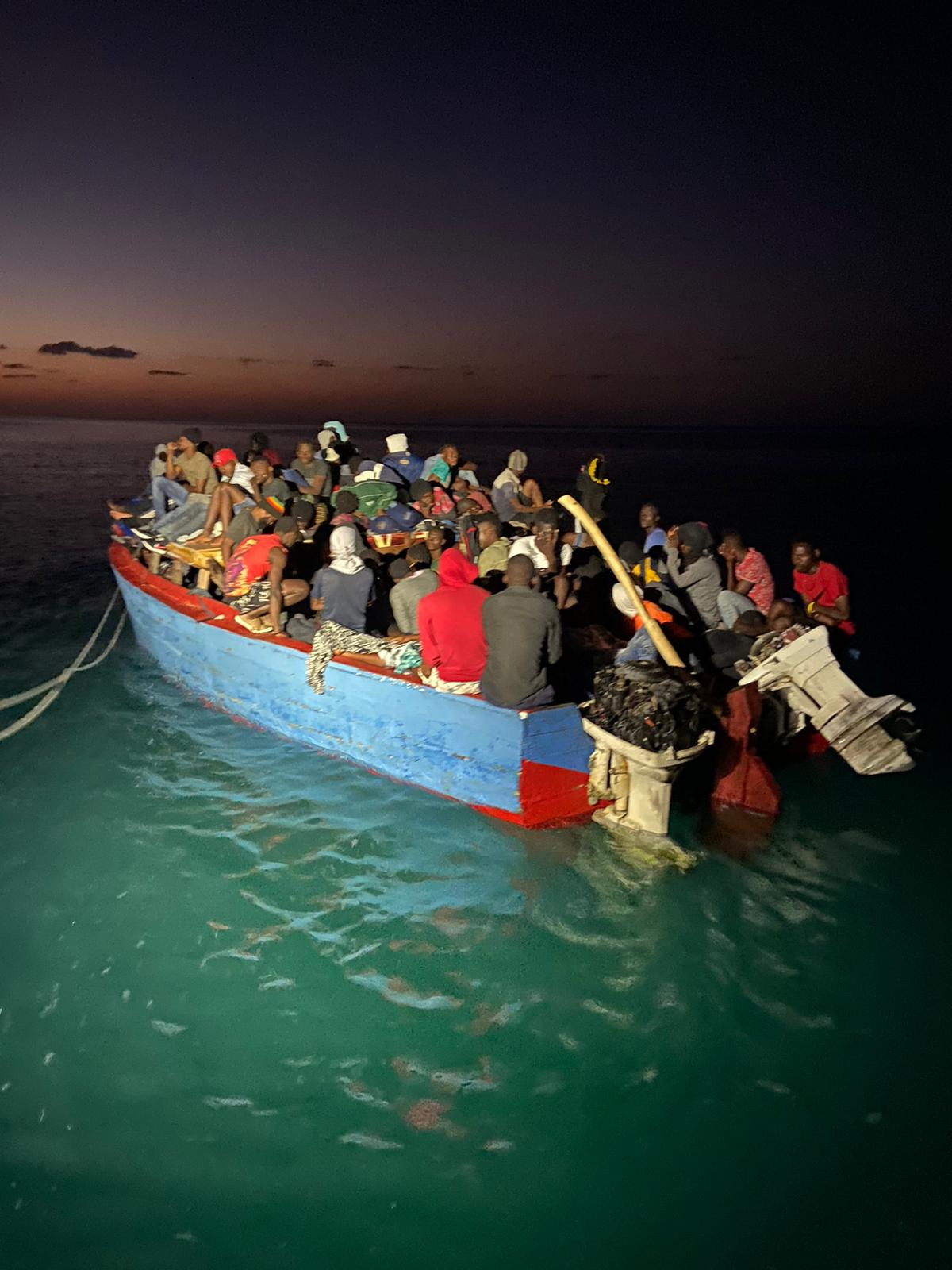 #TurksandCaicos, April 17, 2021 – Three hundred and eighty illegal people tried to break into Turks and Caicos by boat yesterday morning but they were stopped, caught by the Coastal Radar in what has to be one of the largest captures of illegal migrants in TCI history.

Ninety six females and 284 males were taken in off of two boats; one spotted and 5:20am, the other at 7:13 am and both in the same area, the Sand Bar channel.

The groups were brought into Providenciales, safely, thanks to the Royal Turks and Caicos Police Marine Branch.

Health, Customs and the Immigration’s Enforcement Unit were on site to process those captured, and from the Minister, a promise:  “…we will catch and prosecute you as the borders of the Turks and Caicos Islands are closed to illegal migration and related activities, so please do not waste your money attempting to enter these islands illegally. You will be sent back.”

In the statement from the Ministry of Immigration issued Wednesday; repatriation of the three hundred and eighty (380) migrants will commence shortly.