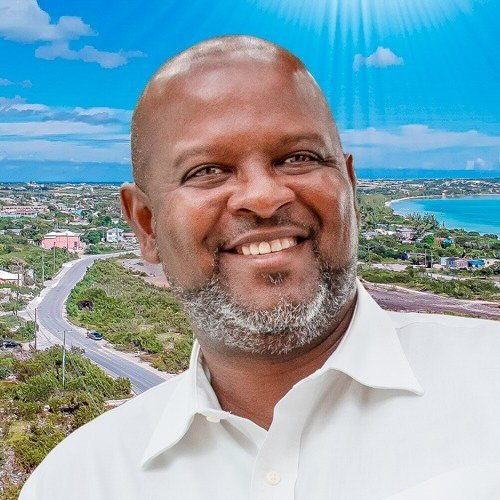 #TurksandCaicos, April 23, 2021 – Two months into its term in Office, the new Government has seen 9 sloops with 3 intercepted in the past week alone carrying a total of approximately 631 persons and one making a rare landfall on the Island of South Caicos with a report that seems that all made good their escape. We can all agree across party lines that this is tragic on all levels but certainly for the people of this country, it remains a financial burden that we painfully bear. On top of this, this is equally a real health risk given the fact that we are actively managing a pandemic that is getting deadlier and deadlier having loss more citizens to death in the past three months than we did in all the prior months during this pandemic.

The PDM as Government recognized and continue to recognize that there must be a strategic, well resourced, modern and sustainable approach to addressing illegal migration and encourage the PNP Government to not abandon the hard work and the plans left behind.

On the PDM assuming Office in December 2016, persons will recall the launch of Operation Guardian as early as a few months after gaining Office which in its inaugural year by July 2017 saw 1335 persons repatriated versus 419 in 2016. This sustained land – based operation was halted for humanitarian reasons following the Twin Storms of 2017. The Storms further highlighted that we could no longer rely so heavily on our Radar System which was damaged following these Storms and which provided limited coverage.

The vision of the PDM Government to become more involved as a true partner with the Governor and UK in the matter of internal and external security put into action and the plans under our 12 Point Law Enforcement Plan which saw the modernization, strengthening and strategic pooling of our resources locally, regionally and internationally. This approach became even more urgent two years ago in March 2018 with an onslaught of sloops which forced us to call on the UK for a UK Ship to provide border coverage which was favorably considered. This also saw the beginning of Official Talks with the Bahamas towards the first ever bilateral agreement: an MOU that will allow us the benefit of the Bahamian resources (The Bahamas Defense Force) in a strategic way outside of the OPBAT arrangement.

With the rapid arrival of illegal sloops and the detention of over 600 migrants in a week, the PDM deem it important to remind the people of our ground breaking efforts and wish to encourage the PNP Government to not abandon the hard work carried out over the past four years which will strengthen our defenses.

After several years of working towards a holistic threat assessment and the creation of a national security strategy, the PDM Government established a Secretariat with its first ever Permanent Secretary of National Security. This Unit must help to provide a coordinated approach across government as the days of having law enforcement bodies working in silos should be discouraged and the smart and strategic use of our limited resources should be encouraged.

Over the years, investment in the leading enforcement bodies has seen restructuring of the then Ministry of Border Control and Immigration Task Force to see the recruitment of a second Deputy Permanent Secretary dedicated solely to immigration and the recruitment of a Task Force Manager. The Police as one of the lead partners in stemming the flow of illegal migrants saw record investment in manpower, cars, boats, plane and drone in its role in national security.

The Department of Environment and Coastal Resources also received new vessels while the Radar Staff was increased and equipment enhanced. While continued investment in the various lead bodies through equipment and manpower is a must, legislation must be introduced to enhance and support all efforts.

However, of critical importance are the three major strands of work advanced before we demitted Office and which have been reported on over the years. All works have taken considerable time with UK and TCI investment and dedication to move at pace. Persons will recall the visit of the UK Border Team and representatives from the Ministry of Defense who made strong recommendations several years ago. Persons will also recall the introduction of a Change Manager in our National Budget two years ago to lead on the creation of a Joint Law Enforcement Body styled a Border Protection Agency that will see the smarter and more strategic use of our resources across law enforcement. As a follow up to these efforts more than 2 years ago, works have advanced for the establishment of TCI’s first Border Force Agency with a direct seconded staff member from the UK (at its own cost) and the establishment of the TCI’s Regiment, now in the process of recruiting more manpower to assist in the area of national security.

The third and equally critical strand of work is the joint investment between TCIG’s Consolidated Funds and National Forfeiture Fund towards the purchase of additional radar satellite stations. These three strands of work should not be discontinued at any cost if we want to see any real change. We call on the PNP Government to allow these works to continue. And even as we seek to strengthen our borders, the work of Operation Guardian, a sustained land – based operation to detain and repatriate undocumented residents must be restored together with the use of the strengthened policies and laws made available to the Planning Department and AG’s Chambers (who manages the Crown Land Unit) to address informal settlements.

We are confident that our many years of work will be a game changer and the continuation of our efforts will be best for TCI.