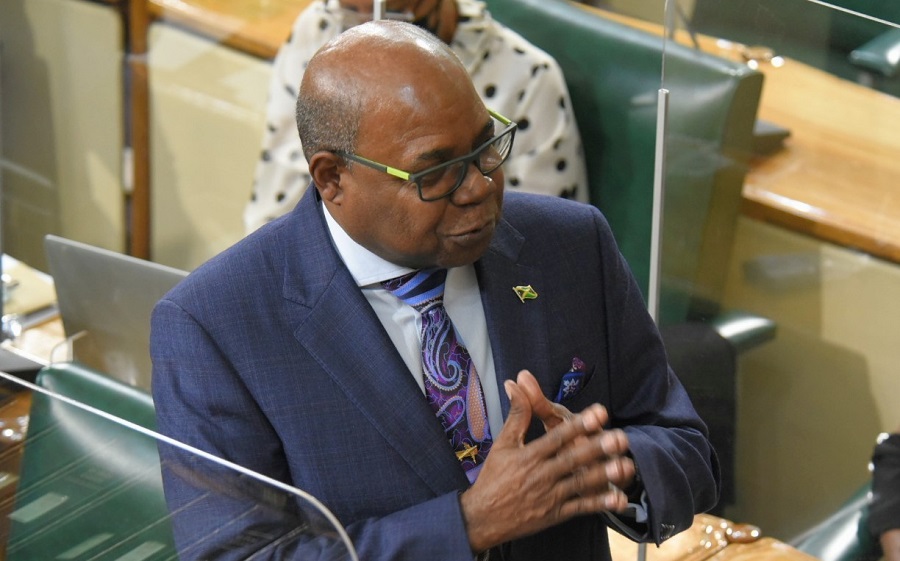 #Kingston, April 22, 2021 – Viking Cruises has joined the Norwegian Cruise Line in ‘home-porting’ one of their vessels in Jamaica.  Minister of Tourism, Hon. Edmund Bartlett, announced on Tuesday (April 20), that Viking Cruises will have a Jamaican itinerary starting August.

Viking joins the previously announced Norwegian Cruise Line, which is scheduled to begin service from Montego Bay that same month.

Mr. Bartlett said this arrangement is “something that we have been talking about for a while and we really want to bring out that Jamaica can have its own itinerary and we have to look now at how we improve the ports”.   He was opening the 2021/22 Sectoral Debate in the House of Representatives under the theme ‘Building Forward Stronger: Tourism 2021 and Beyond’.

As it relates to the Norwegian Cruise Line, Minister Bartlett told the House that arrangements have been finalised for service to begin.

“They will originate in Montego Bay… stop in Ocho Rios, provide support in the Ocho Rios area and then head on to the other [countries] but they will be taking all their supplies here in Montego Bay,” he said.

In the cruise industry the term “home port” refers to the port where a ship takes on/changes over the majority of its passengers while taking on stores, supplies and fuel.

“The importance of home-porting is that it offers opportunities for supplies, it enables jobs, it provides purchases of not just fuel but also water, and critical to it all, it also provides accommodation for stopover visitors who come into the island,” Minister Bartlett said.

He informed that Norwegian Cruise Line has also provided US$1 million to utilise in the COVID-19 recovery programme, particularly for small players in the industry. “But it is not only Jamaica because they are also giving to Dominican Republic,” he said.

Mr. Bartlett said cruise has had the highest casualty of all the tourism activities in the Caribbean region.

“As at March 2020, zero cruise arrivals have been in the country and zero dollars have been driven by cruise activities,” he pointed out.

With operating headquarters in Basel, Switzerland, Viking Cruises has a fleet of more than 70 state-of- the-art vessels offering cruises along the rivers and oceans of North and South America, the Caribbean, Europe, Russia, Egypt, China, and Southeast Asia.

Norwegian Cruise Line Holdings Ltd. is a leading international cruise company that operates several brands, including the Norwegian Cruise Line, Oceania Cruises and Regent Seven Seas Cruises. With a combined fleet of 28 ships with approximately 59,150 berths, these brands offer itineraries to more than 490 destinations globally. The Company is slated to introduce nine additional ships through 2027.

The Jamaica Vacations Limited has responsibility for the Ministry’s cruise portfolio.

Photo Caption:  Tourism Minister, Hon. Edmund Bartlett, delivers the opening 2021/22 Sectoral Debate Presentation in the House of Representatives on Tuesday (April 20), under the theme ‘Building Forward Stronger: Tourism 2021 and Beyond’.