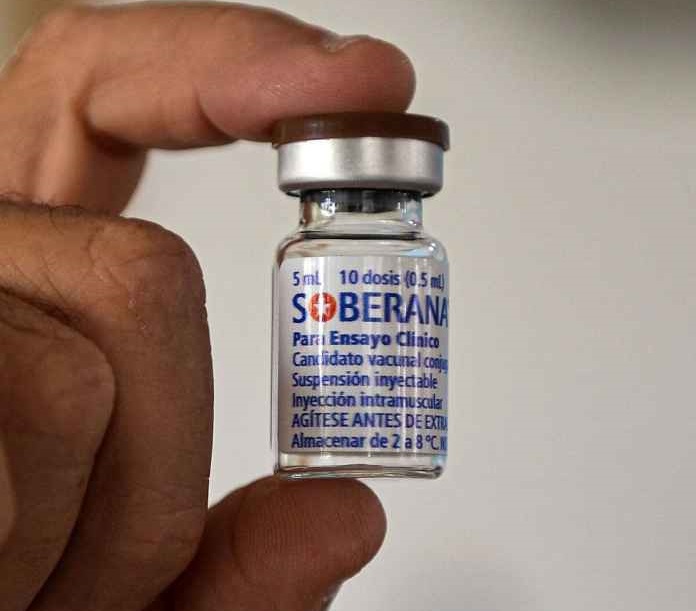 #Cuba, April 14, 2021 – If the current vaccine development efforts at Havana end successfully, Cuba will go down in history as the first country in Latin America to develop home-grown vaccines.

Cuba is set to join the list of countries with the capability to produce coronavirus vaccines for their people and share the surplus with the world. The country, which has suffered more than decade-old economic sanctions by the US government, is grappling with tough economic times, but that is no deterrant to their committed scientists making progress in the vaccine invention.

With a spirited effort and optimism, the country hopes to produce the first 1 million doses of vaccines this month. And thereafter, produce between 1 million and 2 million doses each month to have enough doses for their 11 million population.

The country’s scientists working on the vaccine research and production project came up with five vaccine strains to ramp up chances of at least one vaccine being approved for use against the deadly coronavirus. Fortunately, Soberena 02 has proven to be the most effective vaccine of the five.

Currently, Soberena 02 is in its final stages of clinical trials before being approved for use globally.” This is the first Cuban and Latin American vaccine to advance to phase 3 trials,” declared Dagmar Garcia Rivera, the research director at the Finlay Vaccine Institute in Havana, while at a news conference.

The final trial phase of Soberena 02 will involve 44,000 people before the vaccine is sent to Cuba’s national regulatory agency, the Center for State Control of Medicines, Equipment, and Medical Devices (CECMED), for approval.  Fortunately, another vaccine candidate named “Abdala” has also made it to phase 3 of the vaccine trials.

However, many experts question whether the country can produce such a massive number of doses within a short time, as the country is in a foreign currency crisis due to the US sanctions.

With iover 30-year-old biotechnology prowess in making viable medicines for fighting diseases locally and globally, the Cubense vaccine progress has kept the hope of many of their allies high.

Many countries have already expressed their interest in the vaccines as it’s expected to give revolutionary results due to the thorough procedures involved in their making. While many countries of its caliber are lining up for vaccines, Cuba has decided to make its home-grown vaccines for its people despite the challenging economic situation.