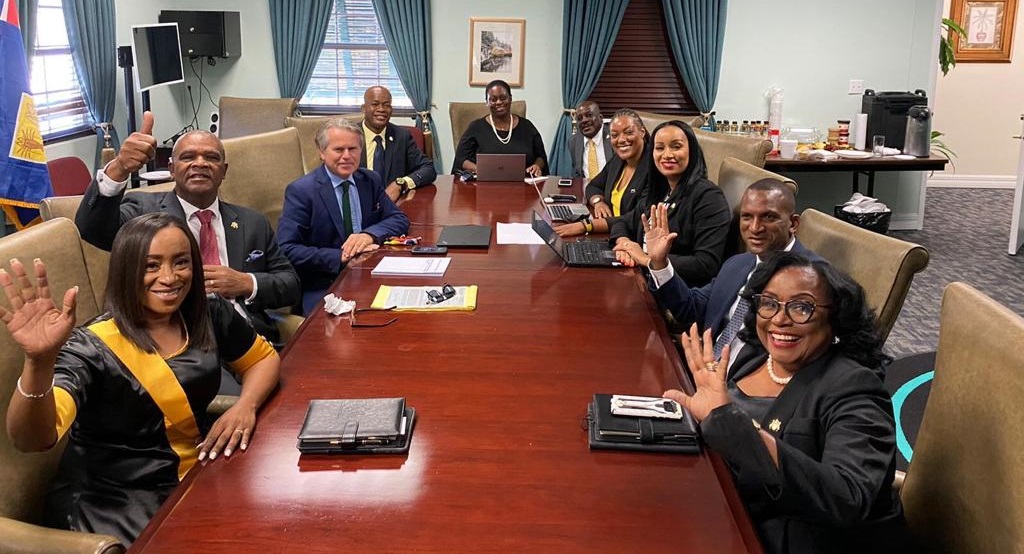 #TurksandCaicos, March 1, 2021 – Elections come and go. But through a fair and transparent democratic process, the will of the vast majority will always prevail. However, this process comes with more than just a win and a mere disappointment to the parties involved.

Following the epic win of 14 to 1 for the Progressive National Party (PNP) and a colossal loss to the People’s Democratic Movement (PDM), 24th February 2021 was the day for swearing appointed cabinets to kick-start the 4-year term.

Speaking during the swearing-in ceremony, the Governor, Nigel Dakin CMG, congratulated the outgoing administration for a peaceful transition of power. While expressing his willingness to work with the newly sworn-in officials, the Governor reminded the new ministers that they have manifestoes to fulfill.

“We very much look forward to working with this newly elected Government to help enable your manifesto. I know the expectations that have been placed on you, and I know you feel them keenly,” said the Governor.

While referring to one of the most important items within their manifestoes, the ‘freedom of information,’ Nigel Dakin urged it was crucial to share part of their discussion with the public to counter misinformation, which is a common challenge.

“The first item we will discuss is the way Cabinet works, differing roles in Cabinet, and the notion of collective responsibility. Given you have a manifesto promise around ‘freedom of information, I think it is worth sharing with the public some of what we will say on this issue because there is much misinformation circulated on this, not least as part of the Constitutional conversation that was generated in 2019,” he added.

While addressing the new installation, the Governor emphasized the attorney general, deputy governor, and cabinet members while clarifying the common areas of confusion on the officials’ roles.

While the Coronavirus pandemic remains a threat to the Islands, the Governor wished the new administration the best and assured them to work with them for the common good of the Turks and Caicos people.

“Premier, may God bless these Turks and Caicos Islands and may also God Bless your new Government. I very much look forward to working with you,” the Governor concluded.