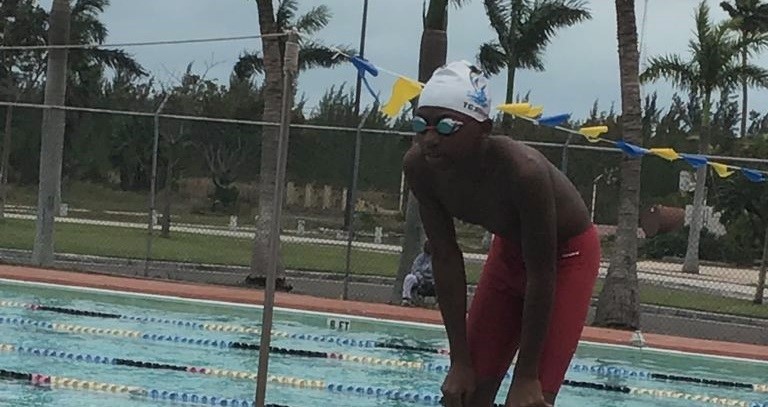 #TurksandCaicos, March 8, 2021 – If the CARIFTA Aquatics Championships were still on this Easter, TCI Aquatics Swim Club would have been able to enter three swimmers in multiple events after a string of qualifying meets in The Bahamas put the boys in the running to represent the Turks and Caicos Islands.

Over a month of competitions, Tajhari Williams qualified for five events; Lenin Hamilton Jr made solid times for seven CARIFTA standard events and Davis earned a spot in four races.

Jayden Davis far exceeded CARIFA qualifying times when he splashed into the pool at The Bahamas Aquatic Last Chance Meet held on March 6, 2021 at the Betty Kelly–Kenny National Swim Complex in Nassau.

“He bettered his time in the 50m freestyle for the third time in a little over a month, from 32.48s to 31.24s to 30.37s; far exceeding the CARIFTA qualifying times,” said his father, Keith Davis.

Eleven-year-old Davis also shaved seconds off his 100m freestyle swim; 112:47s to 110.99s in a push that proves, yet again, that Turks and Caicos has swimmers ready for regional and international contests.