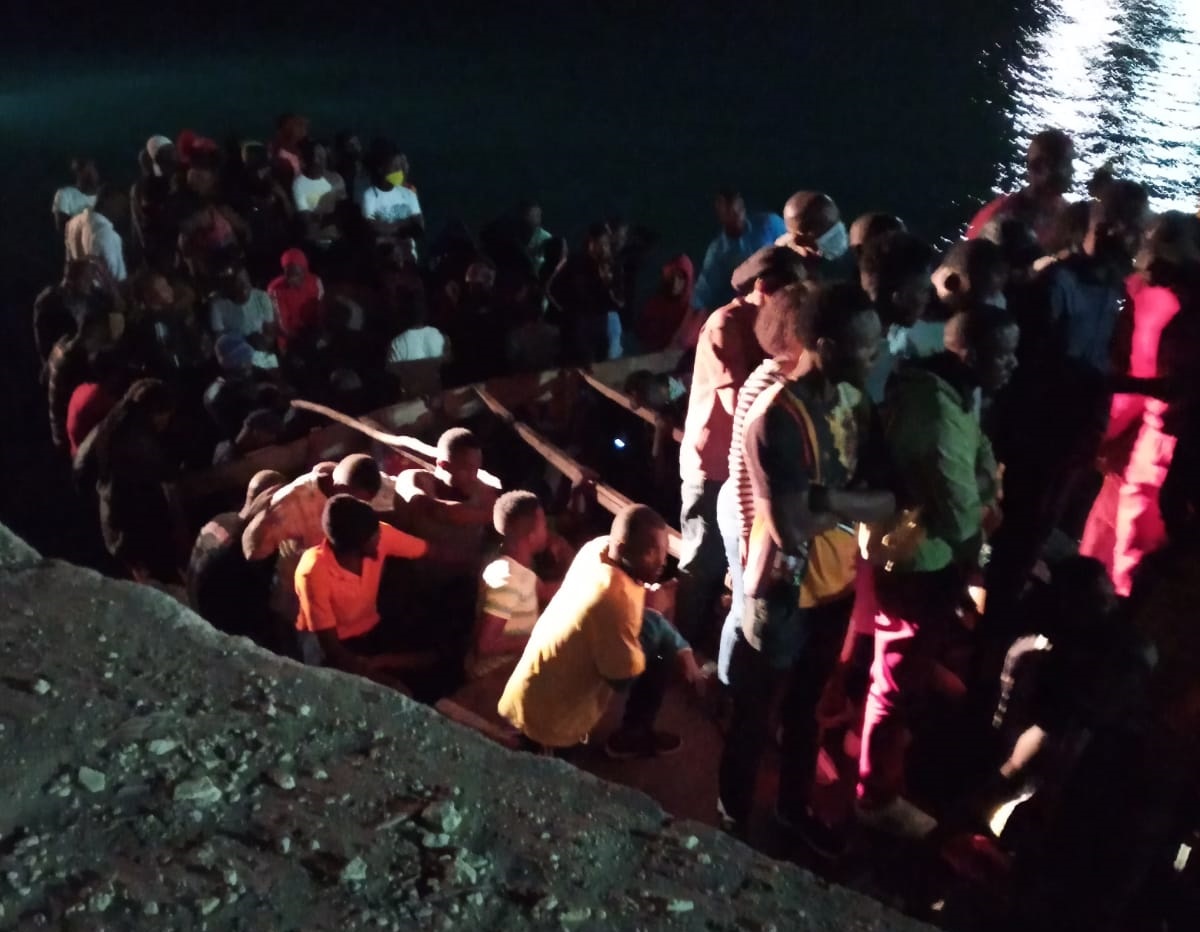 On Sunday 21st March 2021, at approximately 1:30 a.m., the Enforcement Unit within the Immigration Department was contacted by the 911 Operator who stated that the Marine Branch of the Royal Turks and CAICOS Islands Police Force had intercepted an illegal migrant vessel in the Lil Bluff area of Providenciales, with approximately 8 persons on board.

As a result of this information, the Officers prepared themselves to receive these illegal migrants at South Dock, Providenciales, as confirmed by the 911 0perator. The Enforcement Unit, within the TCI Customs Department was also contacted.

Around 4 a.m. two Police Marine Branch vessels arrived at the dock with a blue boat in tow with a large number of persons on board.

It would be determined later that the vessel was carrying 138 illegal migrants, which comprised 106 males and 32 females.

All persons were initially examined by the Ministry of Health official present at the dock, prior to being loaded onto the vans for transport to the Detention Center for further processing.

At 6:00 a.m., the process of transporting all migrants to the Detention Center was completed and the officers later proceeded to the North West Point and Priton Housing Phase 1 and 2 areas of Providenciales to conduct further checks in search of evidence of a possible landing. However, nothing was found.

The Radar Operator later confirmed that there was no sighting of another vessel.

Honourable Arlington Musgrove remarked that; “These voyages are very unsafe and can lead to substantial loss of life. Please stop this and seek to gain entry the correct way. As you all can see, we will catch you and we will prosecuted and repatriate you. As I said before, we are putting measures in place to bring a stop to this illegal practice.”

To date, the Immigration Department has spent over 2.3M from its repatriation vote.

The public is reminded to continue to provide tips or any information related to this or any other illegal landing. We encourage the public to submit information or tips anonymously in English, French or Spanish to www.crimestoppers.tc or on Facebook as a fan of Crime Stoppers Turks & Caicos. Kindly note that Crime Stoppers tips are received in the USA.