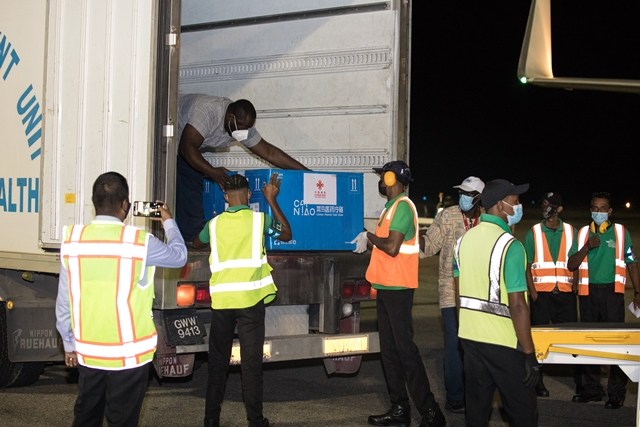 #Guyana, March 22, 2021 – Minister of Health, Hon. Dr Frank Anthony says the arrival of the 20,000 doses of the Sinopharm vaccine, Tuesday evening, is significant as Guyana moves to roll out a comprehensive COVID-19 immunisation campaign aimed at developing herd immunity.

The Minister said the 20,000 doses would see approximately 10,000 persons being vaccinated.

“You can rest assured that we will start very early to start getting these vaccines into people’s lives because we strongly believe that that’s where it should be. That is what is going to help them to build immunity and to fight against COVID-19,” he said.

The Minister made this statement following the signing of the Acceptance Certificate of Vaccines at a simple ceremony held at the Cheddi Jagan International Airport (CJIA).

Dr. Anthony expressed gratitude on behalf of the Government and People of Guyana to the Government of the People’s Republic of China for the generous and timely donation.

Charge d’Affaires at the Embassy in Guyana, Mr. Chen Xilai said the donation reflects his country’s commitment to lending support to Guyana.

“I hope these vaccines will be used on the most needed people and help Guyana in the fight against the COVID and the recovery of the economy,” he said.

The vaccines arrived at the CJIA onboard a Caribbean Airlines flight from Canada.  Guyana is the first country in the Caribbean to have received a donation of COVID-19 vaccine from China.

In response to a query about the safety and effectiveness of the Sinopharm vaccine, Dr. Anthony said that scientific studies have shown that it has a low number of side effects. Further, the manufacturer of the vaccine is one of the largest producers and distributors of vaccines globally.

“On an annual basis, Sinopharm probably makes more than a billion vaccines and they have been supplying vaccines globally. So, they’re not a new kid on the block when it comes to vaccines, they’ve been doing this for a long time,” he said.

The Sinopharm vaccine has shown a 79.4 per cent effective rate in some clinical trials while in others, the rate is higher. The Minister said it is “a very effective vaccine” and compares favourably to the other Covid vaccines on the market such as the Pfizer, Moderna and AstraZeneca.

“From all that we’ve seen, all the scientific data that we’ve seen, the side effects for this vaccine is very minimal. And therefore, there should be absolutely no reason why people don’t take the vaccine,” he said.

The vaccine is also currently being considered by the World Health Organization for emergency approval. Minister Anthony also noted that the COVAX facility, which only accepts vaccines of the highest standards, will be receiving 11 million doses of the Sinopharm vaccine from China.

Adding to the Minister’s comments, the Chinese Charge d’Affaires gave assurances that the Government of China is serious about vaccination development and conducted scientific research over a long period of time. He said the Sinopharm vaccine has been put through three phases of trials in numerous countries and “the quality of the vaccine is guaranteed.”

Additionally, he said the vaccine has been administered to over 40 million Chinese nationals, including high ranking government officials.

Minister Anthony appealed to the public to take the vaccine once the opportunity arises. The elderly and people with comorbidities are next in line to receive the vaccine. Once the Ministry has sourced sufficient quantities, teachers would be next in line to benefit, in keeping with the Government’s efforts to safely reopen schools. 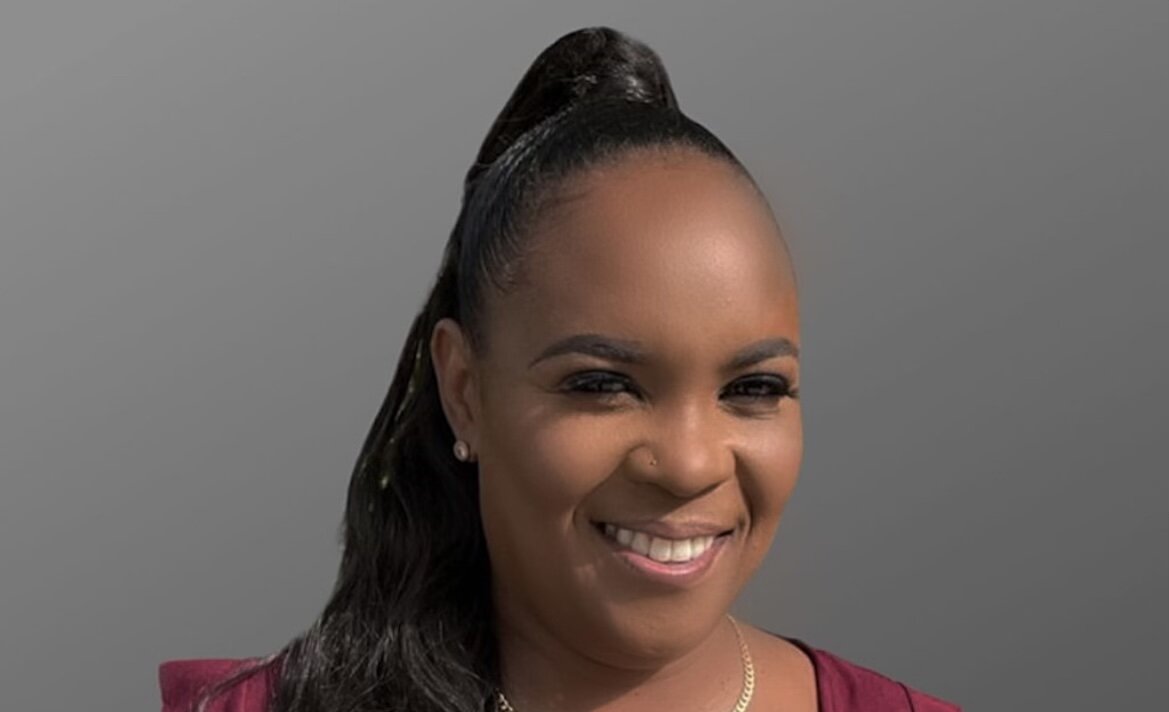 Providenciales, Turks & Caicos Island – September 24, 2021 – Scotiabank TCI has been named the “Best Consumer Digital Bank 2021” by Global Finance (New York), which regularly selects the top performers amongst banks and financial services and is a trusted standard of excellence for the global financial community.

In commenting on the award, Patricia Adams, Managing Director (Acting), Scotiabank TCI said, “Supporting our customers during the ongoing uncertainties remains our top priority and we are thrilled that our significant focus and investments in our digital banking platforms continue to yield positive results.” 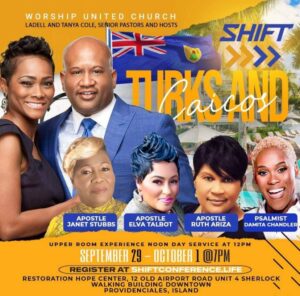 “During this period, we have continuously relied on feedback from our customers about their specific personal or business needs and we remain committed to further improvements as we aim to make it easier and safer for them to conduct their banking” Adams concluded.

Some of the most recent investments include the expansion of the capabilities of the Scotiabank Mobile App, upgrades made to the Bank’s ABM network to include intelligent deposit machines and the use of digital analytics to anticipate customer needs and deliver personalized financial solutions.

Winning banks were selected based on the following criteria: strength of strategy  for attracting and servicing digital customers, success in getting clients to use digital  offerings, growth of digital customers, breadth of product offerings, evidence of tangible benefits gained from digital initiatives, and web/mobile site design and functionality. Read more about the awards here.

Scotiabank TCI’s award for “Best Consumer Digital Bank” follows another recent global recognition for innovation in financial services by The Banker’s Global Innovation in Digital Banking Awards 2021. The ‘Most Innovative in Data’ award acknowledges the Bank’s investments in data and analytics, as well as its commitment to delivering a more personalized customer experience.