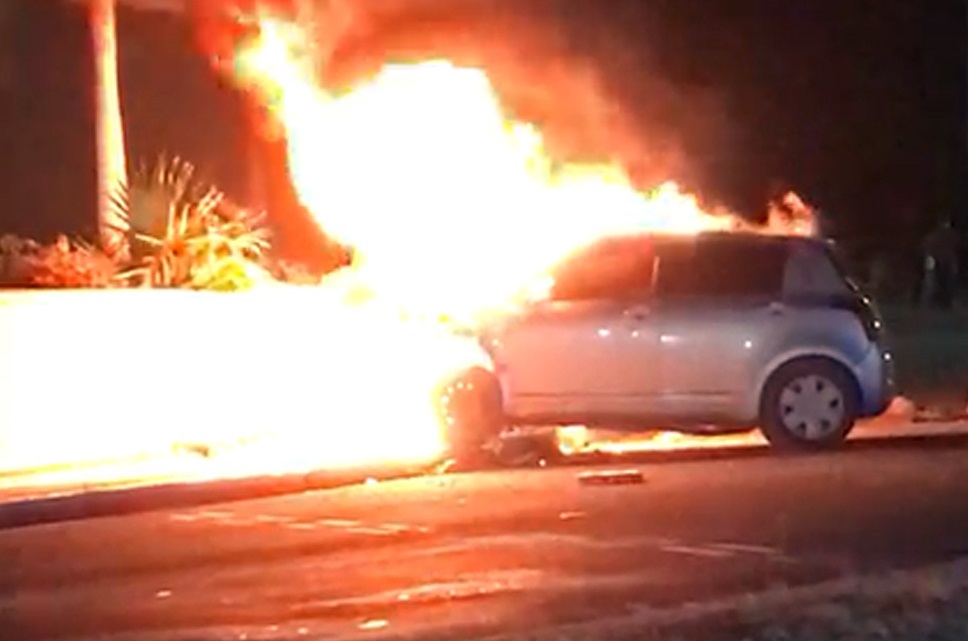 A vehicle somehow careening into bushes, spotted upside down on the roadside along Millennium Highway; a woman inexplicably appears to run through the roundabout near RBC and Graceway IGA, her car bursting into flames when she hit the wall leaving black soot stain on the usually white enclosure; on Thursday night, a reported two car collision snapped a FortisTCI utility pole in two; Fortis has since had to install a brand new power pole and on Saturday night; a vehicular hit and run accident in Grace Bay left a car with terrible rear end damage due to the impact, some front end too as the car was forced into a light pole near Graceway Gourmet.

The offending driver in the latter incident sped off in an attempt to flee the scene, but was caught by Police.

The streets of Providenciales are seeing a concerning return of freak accidents and bad driving mishaps; watch yourselves on the roadways.