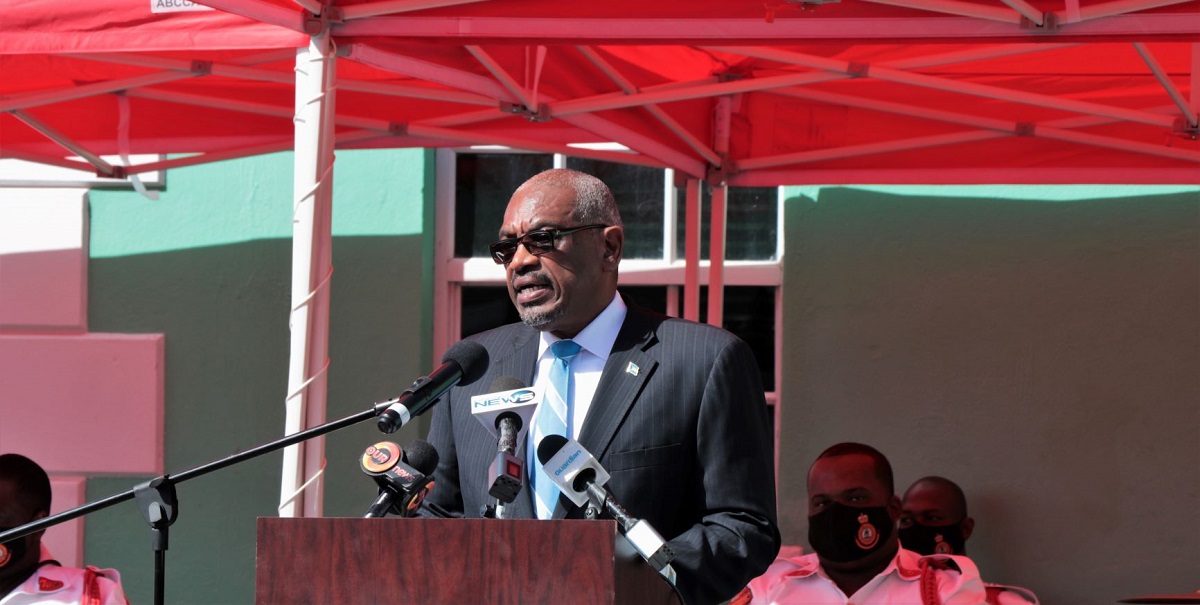 One of the more solemn obligations of a government is the safety of its citizens, residents and visitors, including protection from criminal activity and violence. In our country, the Royal Bahamas Police Force (RBPF) has been a shield and a protector for over 181 years of unbroken law enforcement service.

Over many generations, the Force has had to adapt and to embrace change to address old and emerging threats to public safety and law and order. There is a theory known as the “crime pattern theory” which notes that “crime will occur if an area provides the opportunity for crime…”

With this in mind, the Bahamas Government has invested many millions of dollars in crime prevention and detection initiatives. Today, we are unveiling another major investment with the inauguration of the Real Time Crime Centre.

The mission of the Real Time Crime Centre (RTCC) is to provide the police with the ability to capitalize on its wide and expanding range of technologies for efficient and effective policing.

In The Bahamas, we have integrated emerging technologies into our policing operations with the introduction of: ShotSpotter, Marco’s Alert Digital Billboards, drone technology, closed circuit television (CCTV), body-worn cameras, and dashboard cameras.

We have also upgraded and improved the Force’s information communications technology platform as we seek to deliver the best possible law enforcement policing services for the Bahamian public. There are currently over 500 CCTV cameras spread across the nation’s capital, with over 75 specifically trained on crime hotspots. Such efforts will allow law enforcement officers to respond quickly, or even immediately, to crimes in progress or to those that recently occurred.

ShotSpotter Technology is a revolutionary crime fighting initiative used to detect the exact location of gun fire occurring throughout targeted areas of New Providence. Since its inception in March of 2019, the “ShotSpotter” initiative has performed flawlessly. It has recorded well over 1000 gunshot incidents resulting in the detection of thousands of firearm rounds discharged throughout the Capital.

The Force invested over $700,000 on 200 body-worn and 200 dash cameras to accurately document police interactions with the public during arrests and critical incidents. The technology can be used as evidence for investigative and prosecutorial purposes as well as to provide feedback on best practices during evaluations and training.

Additional measures include a “Marco’s Alert”, which triggers an immediate and mandatory response to rescue a child who has been reported missing and if the Commissioner is satisfied that the child is at risk of harm or death.

Such technologies allow law enforcement officers to respond to crime events more efficiently, more deliberately, with improved operational intelligence and with a proactive emphasis on citizen, community and officer safety. These investments are geared toward keeping the Police Force on the cutting edge of crime fighting technologies. The Real Time Crime Centre will centralize a broad range of current and evolving technologies.

The Centre will coordinate assets and direct the attention of resources to:

• – large-scale public events that may require law enforcement presence or response; and

• – high profile or highly repeat offenders in the community.

The Real Time Crime Centre will maximize the likelihood that members of the Royal Bahamas Police Force can respond to crimes occurring in real time and do so effectively. The Centre will serve as a launch pad for newly acquired remote controlled drone technology.

These efforts will ensure that The Bahamas will remain and continue to develop as one of the best small countries in the world. I wish to close by thanking the leadership and officers of the Force for their commitment to duty and service. I especially thank the Force for its service during the COVID-19 pandemic. You have played a leading role as we have sought to reduce the spread of the virus and to protect the lives of our citizens and residents.

As we are gradually emerging from the worst public health crisis in 100 years, we must ever remember all of those who served on the frontlines of this ongoing national emergency.

On behalf of the Bahamian people and the Government of The Bahamas, I express abundant gratitude, and my own personal admiration and gratitude for all that you do.

May God continue to bless you all and may God bless our Bahamas.

Thank you and good morning.