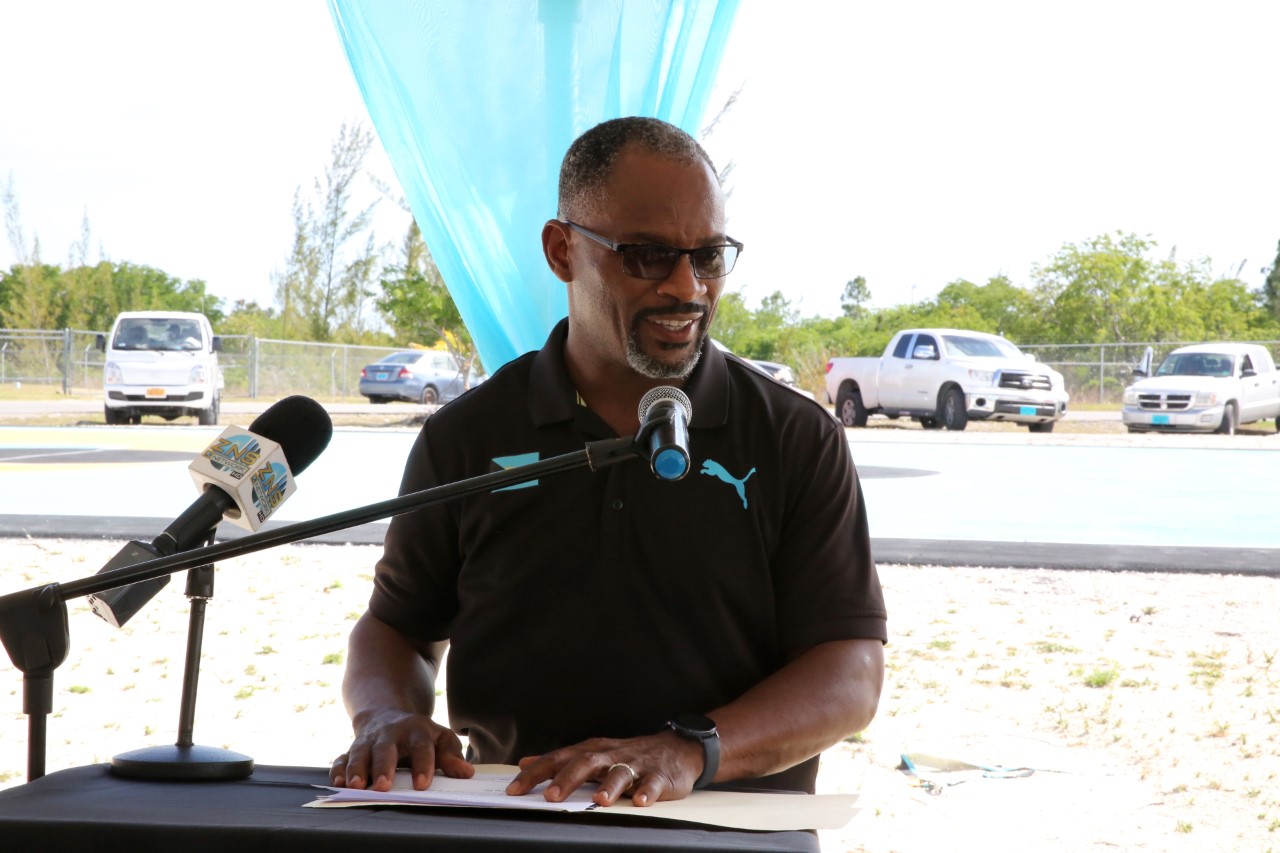 #BAHAMAS, March 29, 2021 – Parks are essential for the development of young people, said Minister of Youth, Sports and Culture, the Hon. Iram Lewis on Saturday, March 27.

Minister Lewis was present to officially open the Wellington Pinder Community Park, an area developed by the City of Freeport Council.

The Minister said as someone also from Water Cay, a small community, he knows “what it means to ensure that these communities are equipped with facilities to ensure the further growth and development of our young people in sports and otherwise; and an area where the community can assemble for recreation and leisure activities.”

The City of Freeport Council, since it’s inception in the 1990’s has created a number of parks and playgrounds throughout the city which are also cared for and maintained by them.

Even though permission was granted for the development of the park in the government subdivision four years ago, due to the onslaught of Hurricane Dorian followed by the global pandemic COVID-19, the project was delayed.

He said, “Let me say here that this government is committed to the development of Parks and Playgrounds and greenspaces throughout this country. It is senseless to talk about developing communities and not having recreational facilities. Gone are those days, and I can promise that as your Minister for Youth, Sports and Culture, we will have parks and playgrounds for recreational activities, and as our Prime Minister pointed out sometime back, these parks should be equipped with free Wi-Fi to add to the further enjoyment of the facilities throughout the country.”

He added, “As we continue to develop our nation, let me say that projects like this have started in New Providence and several of our islands.

“The Government of the Bahamas is committed to taking the lead in these projects and creating ways and means for our young people to develop their talents and find areas where all can relax in comfort.”

Before declaring the park officially open, the Minister again thanked the City of Freeport Council for their effort and pledged the support of his Ministry.

Header: The Wellington Pinder Community Park was officially opened by Minister of Youth, Sports and Culture, the Hon. Iram Lewis.

2nd insert: Following the official opening of the Wellington Pinder Community Park on Saturday, March 27, 2021 a ribbon cutting, and sign unveiling ceremony was held. Shown on the right side of the sign are Minister of Youth, Sports and Culture, the Hon. Iram Lewis; Mrs. Heather Lewis; Minister of Agriculture and Marine Resources, the Hon. Michael Pintard; and Peter Turnquest, MP for East Grand Bahama. Also shown are members of the Pinder family, along with City of Freeport Councilors and members of the community.