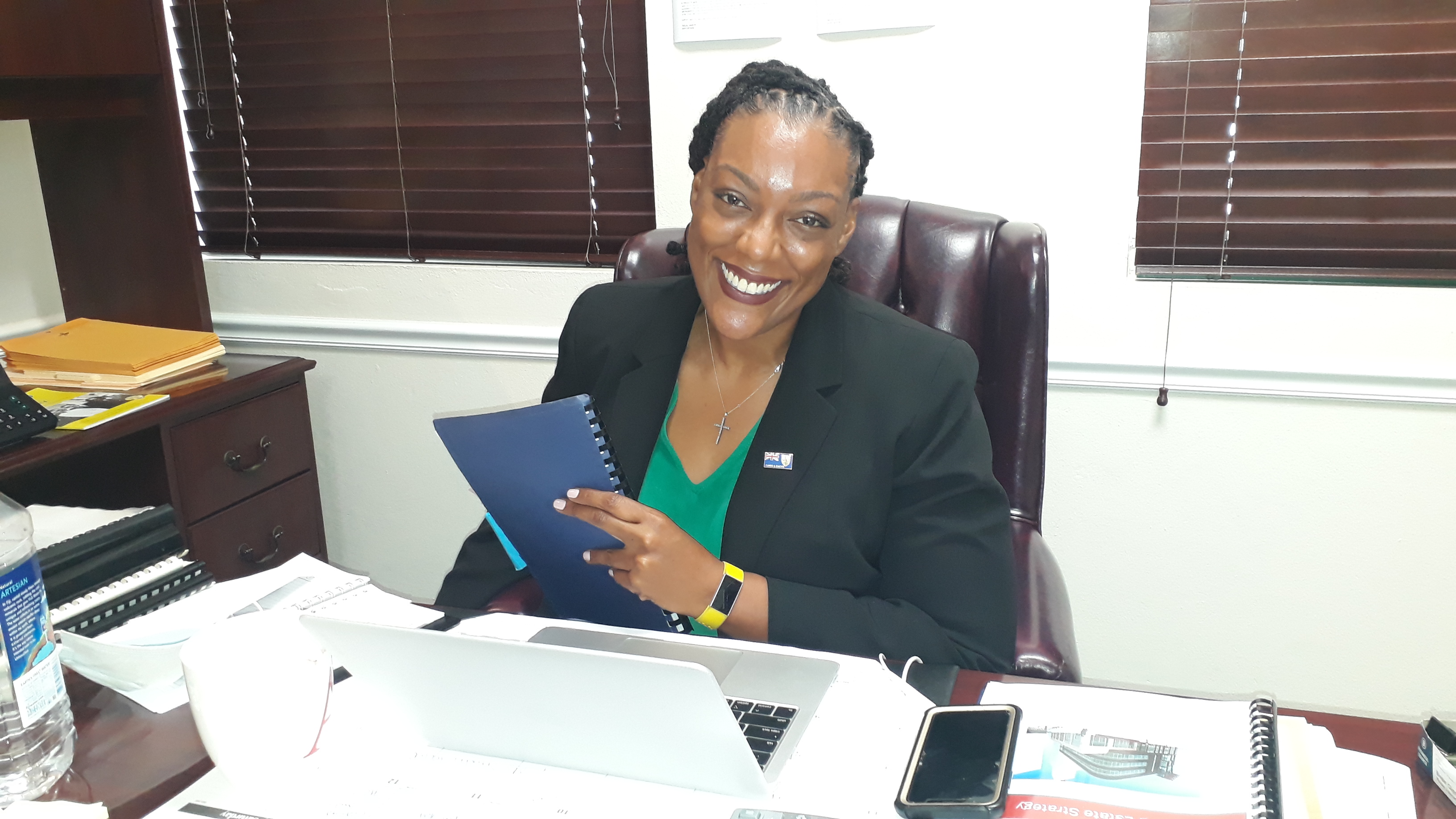 #TurksandCaicos, March 15, 2021 – After successfully winning a seat in the 2021 Turks and Caicos general elections, Hon. Akierra Missick lands yet another rewarding position in the Newly Inaugurated PNP administration. Hon. Akierra Missick was appointed the Leader of Government Business and Cabinet Minister of Infrastructure, Housing Planning and Development to help the Primier run his duties more smoothly.

Having served in different capacities as Deputy Premier and cabinet Minister of Education, Sports,  Youth Affairs, and Library Services, Hon. AKierra Missick laid a solid reputation of delivering on virtually all her campaign agendas and transforming the lives of her electorates.

Since her inception into the political limelight in 2012, she has a track record of commitment to serving the Turks and Caicos Islands people and building a better TCI. After serving in two powerful positions in the former TCI governments, the three-times-elected barrister was finally handed a new role in the new parliament in a unique and rare event held an the Parade Grounds in Grand Turk. The event was also streamed on Premier’s Facebook and Parliament’s website due to keen public interest.

Being a post that is traditionally held by the Premier and chief minister, Hon. Akierra Missic explained possible reasons that landed her in the highly coveted portfolio.

“ Now, we have a hybrid system here, in the Turks and Caicos Islands. I am now the Leader of Government Business, and the Premier is the Premier. So, what my role would provide is the marshaling of our legislative agenda through the House of Assembly working with our colleagues, the Leader of the Opposition.”

Due to her love for the legislature, Hon. Missick used her energy and enthusiasm in her previous portfolios and delivered on many issues of national interest.  Perhaps, that’s what made her win the third chance in the ballot, and one of the top-tier government posts, where she’ll be unleashing her best in terms of service and policy-making.