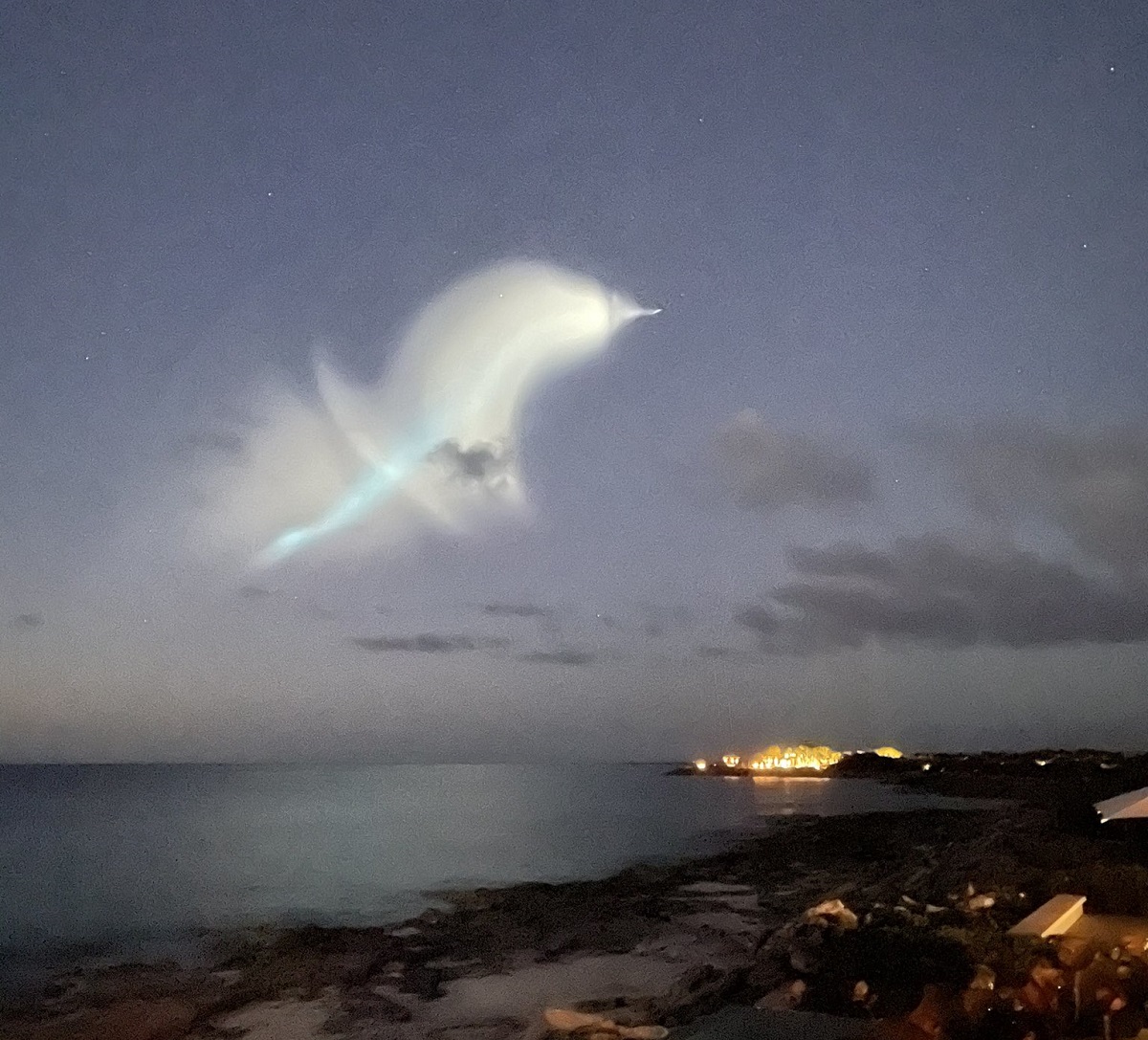 #TurksandCaicos, February 11, 2021 – A test missile launched from near the Ascension Islands to the northern Bahamas was, to say the very least, a disquieting vision on Tuesday night.

It travelled over 5100 miles and media reports that it was unarmed but those spotting it and filming it in the Turks and Caicos, The Bahamas and South Florida were spooked – understandably so.

From thinking it was an alien invasion to suspecting it was a new strategy to disinfect the islands and free us from the dastardly COVID-19; those capturing the event on camera were blown away.

There were many questions following the frightening event including whether governments were informed of this missile test launch. The published trajectory has the Trident II missile soaring east of the islands; it was seen as far north as Virginia.

Trident II testing continues until Valentine’s Day; the missile was launched from a submarine.

One online report said it was unclear if the US or UK had fired the missile.