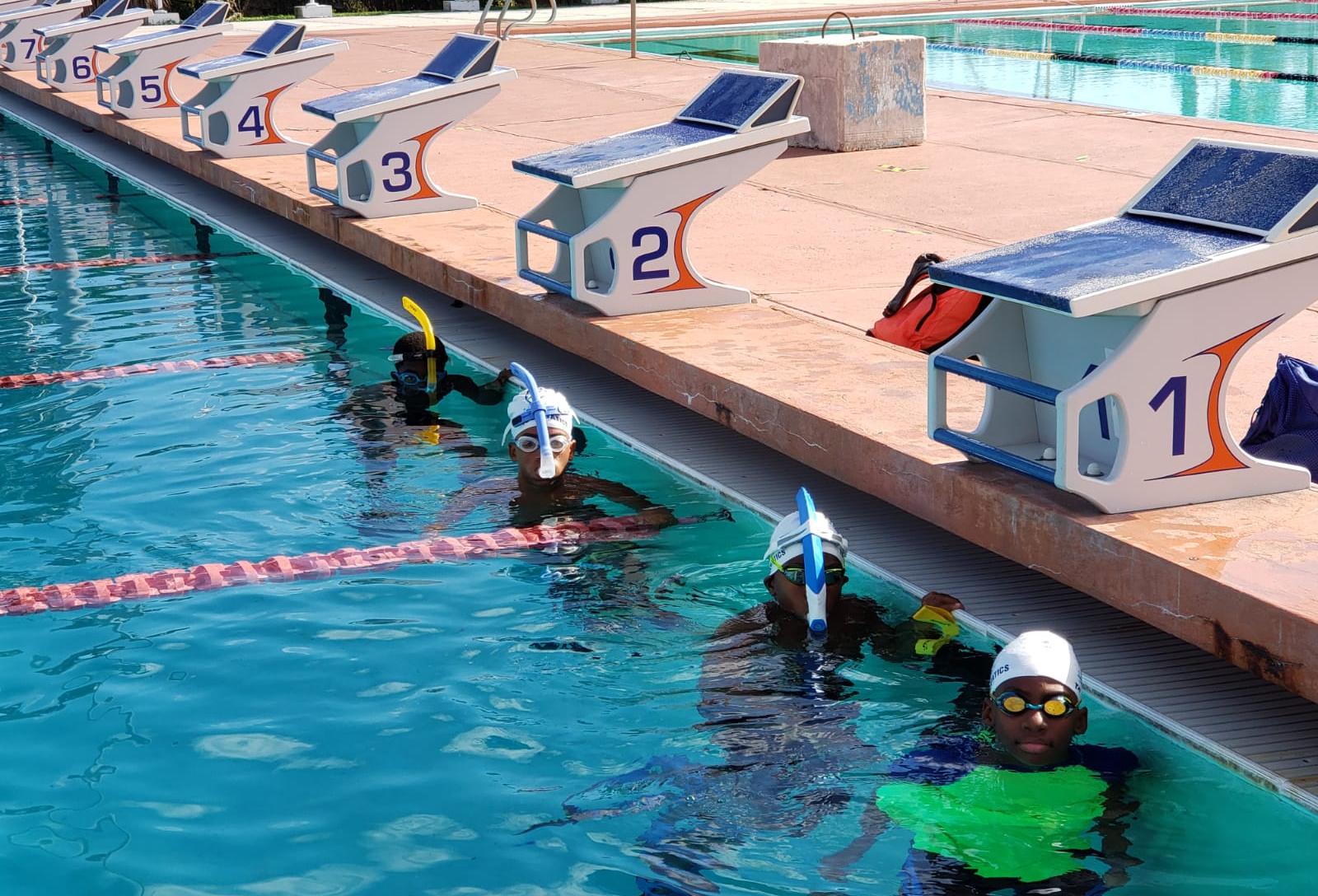 #TurksandCaicos, February 11, 2021 – Smashing records and raising the expectation of competitive swimmers from the Turks and Caicos Islands, the Marlins of TCI Swim Aquatics are making waves in Nassau, Bahamas.

Lenin Hamilton, 11 and Jayden Davis, 11 have both recorded personal bests and if ever there is held a CARIFTA Swim Games in 2021, the duo would be in competition in several events, representing the Turks and Caicos Islands.

Jayden Davis, during the Sea Waves Swim Meet on Saturday February 6 recorded a personal best and a new qualifying time in the 5m fly (34.45).  In the 100m freestyle, Davis placed first in a time of 1:12.98.

Lenin Hamilton Jr excelled in a marathon of races including the 50m backstroke, where he placed first and earned a new time; the 50m fly where he came in third in a time of 35.24, which is a qualifying time for CARIFTA; he stretched his way to first place in the 100m backstroke, also a CARIFTA qualifier at 1:27.03 and another personal best at 31.23 in the 50m freestyle; he was first place again.

Still working to get those qualifying CARIFTA times are older boys, Tajhari Williams and Mateo Gardiner. On the way to this goal, both boys are completing races in top spots.

Gardiner had three events at the Saturday challenge.  In the 50m breast stroke, he placed second ; in the 50m fly, Mateo earned another 2nd place finish and in the 50m freestyle, the 13-year-old was third place.