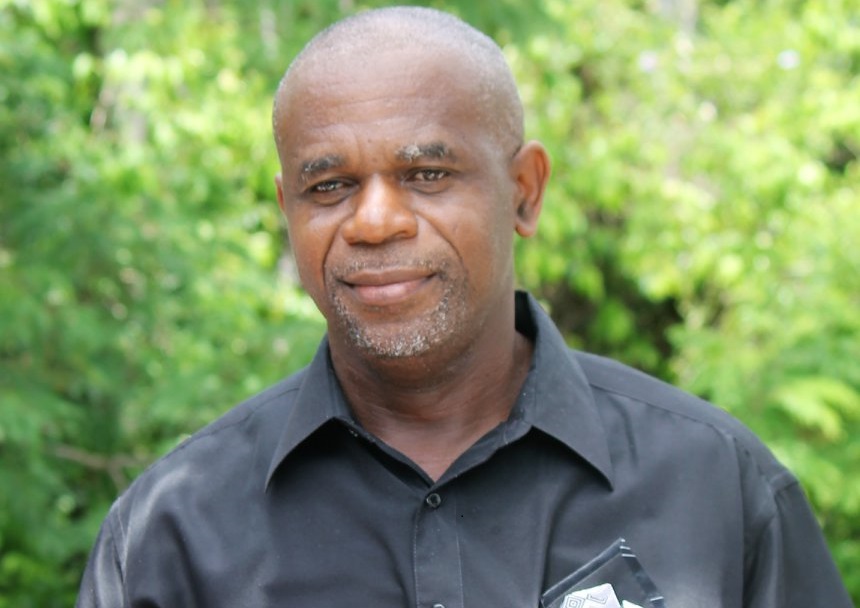 #TurksandCaicos, February 5, 2021 – If you want a straight talking, agriculture advocate in the House of Assembly the next time parliament in Turks and Caicos convenes, then perhaps Courtney Missick is the candidate for you.  The 47-year-old pastor and talk show host is a farmer on the island of North Caicos and on Tuesday, he released an electronic version of his manifesto.

The seven-page document focuses largely on farming and the development of agriculture, with Missick laying out seven pillars where he promises to advocate for farming as the path to a healthier nation and the sustainable development of the agriculture sector; to ensure equality in Public Service benefits; greater financing to support local business development; restoration of powers to cabinet ministers and a policy to free-up space in public schools.

Missick wants to re-design the government farm in North Caicos.  Often a forgotten treasure, the farm has suffered various shocks including theft and economic, political and natural events which have reduced production and shrunk its scope.

There used to be livestock, acres of fruits and vegetables and boundless potential.

Missick wants to create a model farm; to be replicated in other islands and give aspiring farmers a quarter acre lot within the 10-acre government farm as a teaching tool.

Grants, long term land leases and a farm which will come only when farmers show a dedication to learning best practices.

Missick also supports home and community farming; he says in the document.

When it comes to public schools; the independent candidate explained Turks and Caicos must discontinue paying for the education of work permit holders while denying indigenous children placement in the government school system.

Courtney Missick believes there must be an understudy program which ensures Turks and Caicos Islanders move up within an organization or the civil service.

He feels cash grants of $70,000 to support business development should be delivered incrementally, and should go strictly to 100% locally owned companies in order to reduce the likelihood of “fronting” in order to boost start up concessions.  The Reverend from North wants stronger support for the Centre for Entrepreneurial Development.

The manifesto, provided to Magnetic Media by the candidate who once served in the country’s Consultative Forum during the UK Interim Administration wants a true technical school.  Carpentry, Masonry, Building Engineering, Block Laying and Electrical are some courses he names for the institution.

He outlines some systems he believes would balance technical and practical development of the students of the technical school and these certified graduates would, he outlines, be fast-tracked in the understudy program which makes up his fifth pillar.

In the Public Service, Missick says he will advocate for balance.

Courtney M. Missick is one of 18 individuals who nominated Friday January 29 to hold one of five All-Island Candidate seats in parliament.  While ten of the nominees were linked to a political party; Missick and seven others are vying for the votes as independent prospects.