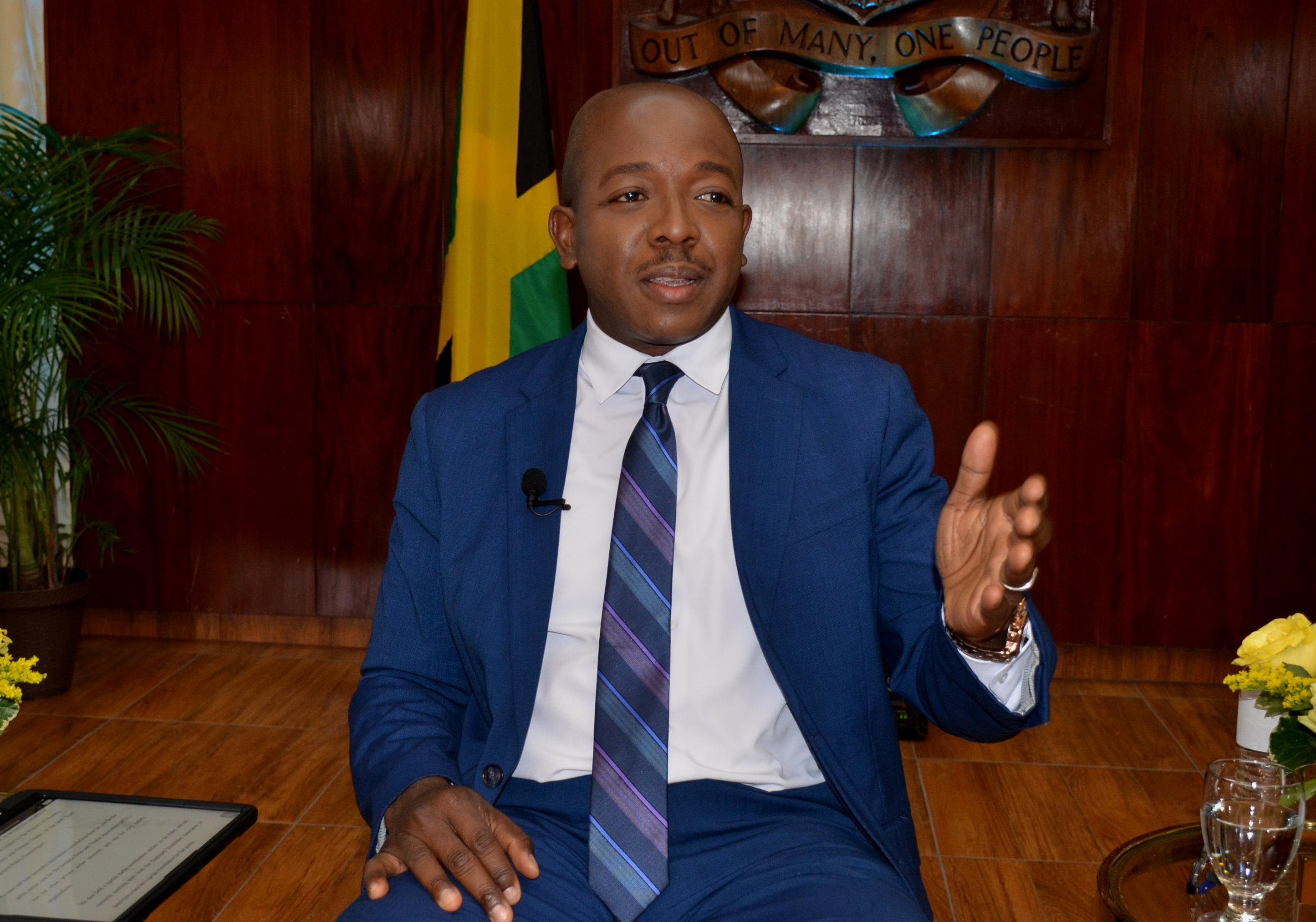 #Kingston, Jamaica, February 23, 2021 – Minister of Housing, Urban Renewal, Environment and Climate Change, Pearnel Charles Jr. is calling for positive behaviour change towards plastic pollution as the Government gears up to implement the third phase of the ban on single-use plastics come June 2021.

Speaking to JIS News, he said: “The issue of plastic pollution brings to the fore the importance of protecting and preserving the environment. We each must play a role, through a positive behaviour shift, in helping to protect the environment and, by extension, safeguarding human health for present and future generations of Jamaicans”.

Minister Charles Jr. said that one way in which citizens can play a role is by actively seeking out and patronising companies that provide environmentally friendly products for the market and have a good track record of environmental stewardship.

“The majority of the plastic waste generated locally is plastic bottles, specifically PET bottles. As previously announced, the Government has charged the private sector-led Recycling Partners of Jamaica Limited (RPJL) with the implementation of the Deposit Refund Scheme (DRS) on plastic bottles. We are encouraging other private-sector partners and citizens to adopt the habit of recycling and participate in this programme,” he pointed out.

Minister Charles noted that since the start of the Government’s ban on single-use plastics in 2019, many Jamaicans have joined the movement. However, others still need to come on board.

“While we will be enforcing the law and executing the public awareness and education campaign, we are encouraging citizens to actively participate in this national movement,” he said.

Minister Charles pointed out that the Government has been actively inviting the private sector and entrepreneurs to get involved in minimising single-use plastic waste.

“One step at a time, as a country, we move towards action that advances our environmental agenda and our climate goals. If Jamaicans understand the importance of this, then it will become a national movement rather than another policy,” he said.