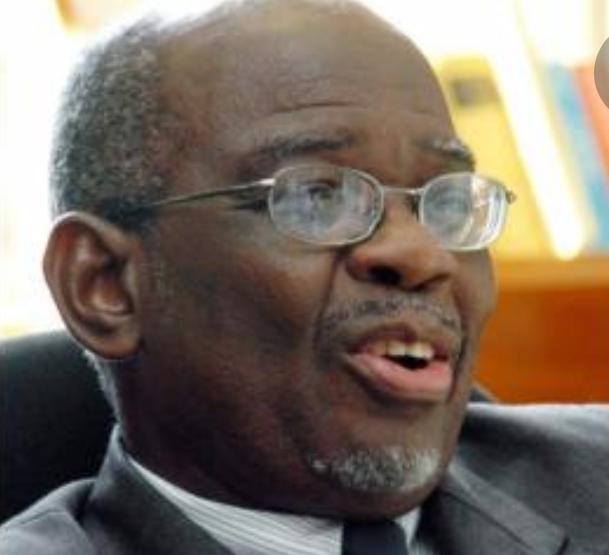 #TurksandCaicos, February 8, 2021 – An esteemed member of the Caribbean judiciary died on Sunday, leaving those who cherished him as family, friend, colleague and accomplished judge with memories of the good times and his celebrated service, deeply saddened at the loss.

“Very sad news.  Former President of the Court of Appeal, Justice Paul Harrison, in my humble opinion one of the finest judges every to sit on the Jamaican Bench, has died.  This is an irreparable loss to the regional Judiciary,” said Gordon Robinson, in a Tweet on Sunday around 5:46pm.

“It is with heavy hearts that the Chief Justice and members of the Judiciary of the Turks and Caicos Islands announce the death of the Hon. Mr. Justice Paul Harrison…”

Judge Harrison, who died in his native Jamaica, had recently taken ill, explained the Chief Justice in the media release.

“On 10 July 2012, Justice Harrison was appointed as a judge of the Supreme Court and was assigned to preside over the R v Michael Misick & Ors because of his hard work and proven integrity. He gave of his best to the judiciary of the Turks and Caicos Islands in the 8 years that he presided over that trial.  He will be remembered with affection and respect.”

Harrison led the precedent setting trial, as the first judge to preside over a juryless trial in the UK overseas territory.  The case before him was also singular in nature as it charged a former premier, his deputy and several cabinet ministers with malfeasance and abuse of power while in office from 2003 to 2007.

Just last month, Harrison agreed to a plea deal which granted a suspended sentence to one of the accused – Lillian Boyce upon the condition she repaid a one million dollar penalty to the Turks and Caicos Islands.

The month prior, the high court judge disagreed with a legal argument asking him to return to the Turks and Caicos for continuation of the protracted trial.  The Justice explained the high risk for Covid-19 rating in the Turks and Caicos and advice for his vulnerable age-group to avoid risks were the reasons for his firm decision to carry on the trial, virtually.

Harrison was originally expected to complete the trial in 2014; that was seven years ago.

In announcing the selection of the retired judge to hear the case back in 2012, the nation learned Harrison, a native of Jamaica, had previously served as president of Jamaica’s Court of Appeal, a judge of its Supreme Court and a Crown Counsel in the Office of the Director of Public Prosecutions in Jamaica, among other positions.

He was admitted to the bar in London in 1969 as a member of Lincoln’s Inn.

At the time of his startling death, Judge Harrison was 84 years old and already there is steady stream of condolences to his family over social media.

“I am totally heartbroken over this. What a gentleman. What a scholar.  What a loss.  May his soul rest in peace and my condolences to his family,” was a Tweet from Annaliesa E Lindsay.

“My sincere condolences to Dirk and the rest of his family.  May his soul Rest In Peace,” expressed VM3 on the same Twitter feed.

Chief Justice Agyemang informed that a special sitting in his memory would be announced, adding “May his gentle soul rest in peace.”