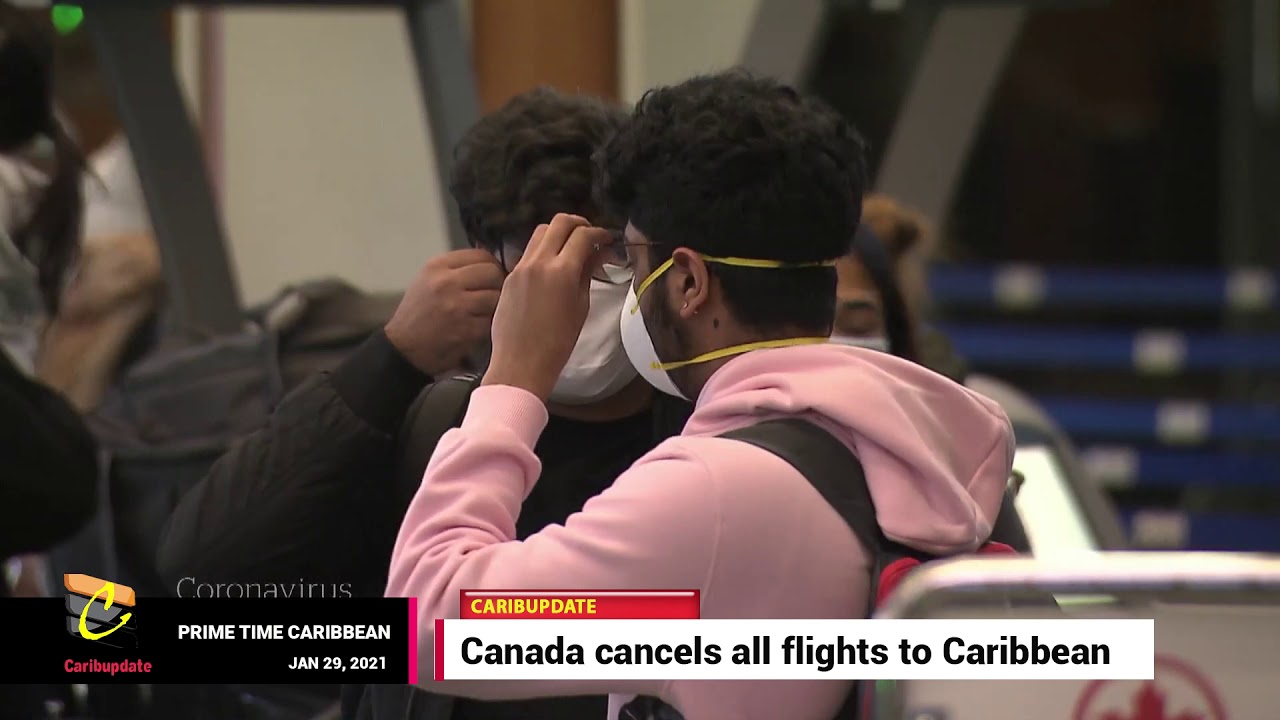 #TurksandCaicosIslands, January 29, 2021 – Four Canadian airlines have agreed to suspend flights to the Caribbean and Mexico until April 30 and news of the dramatic turn of events captured headlines.

Air Canada, WestJet, Sunwing, and Air Transat will be cancelling air service to all Caribbean destinations and Mexico from January 31until April 30 informed Justin Trudeau, Canadian Prime Minister on Friday.

It was a move not completely out of the blue. After all the Prime Minister of Canada had said he was considering the extreme measure due to the extreme impact of new coronavirus variants on Canadians and their way of life.

The airlines had resisted “snap” measures which could have left travellers in a lurch, it seems to out rightly stop flights temporarily was the alternate decision.  It ends any opportunity for surprises and does not force the Government to seek a constitutional override to ban vacation travel.

Air Canada has said it will run a few one-way flights to get Canadians home after January 31, and refund other customers.

“This decision was not made lightly but something we deemed necessary as a result of the COVID-19 pandemic, and is based on ongoing collaboration with the government and the Canadian aviation industry,” a Sunwing spokesperson said in a statement.

In Turks and Caicos, there are Canadians who are now scrambling to find their way home; with plans to route through the United States.

But there are plans in the works to tighten those requirements too said a media report on CTV news.

In the coming weeks, non-essential travellers will also be required to show a negative test before entry at the land border with the U.S., Trudeau said, adding that the government was working on additional testing requirements for land travel.

There was more from the Prime Minister, who lost several government leaders in travel fiascos linked to non-essential travel; Trudeau said only 1 percent of cases of the coronavirus were due to travel, adding the one case is one too many.

Now, international passenger flights must land only in Vancouver, Calgary, Toronto and Montreal beginning next week. The new measures follow Trudeau’s announcement that all travellers returning from overseas must take a COVID-19 PCR test at the airport when they land and quarantine in a designated hotel for up to three days at their own expense, which is expected to be more than $2,000.

If they test negative for Covid-19, there is leniency to allow for at home isolation but under much heavier scrutiny.

Canada is approaching 20,000 deaths from the virus; 32 are nurses alone.  Back in September, Canada reported that over 21,000 Covid-19 infections were health care workers.  Health professionals launched a petition calling for more strict measures and greater clarity on what is deemed, “essential travel”.

There is no clear path out of the weighty restrictions; the only inkling of a ‘when’ the measures would end was a vaguely conveyed, “ideally, later this year.”