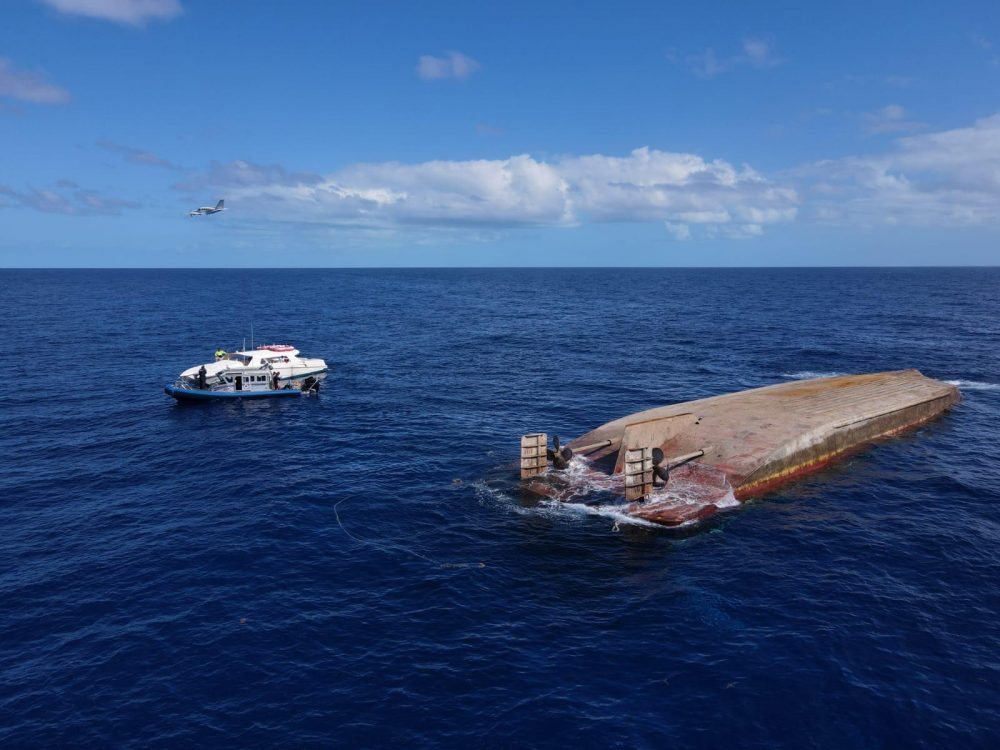 #TurksandCaicosIslands, January 29, 2021 – An eighth person is believed to be trapped inside that overturned vessel which capsized in an unthinkable tragedy at sea.  The better news is that seven people were rescued; reportedly found floating on a life raft near the 200ft cargo ship which is believed to have been buffeted by enormous swells coming down from the Northern Atlantic Ocean.

According to Luc Clerveaux, Deputy Director of the Department of Coastal Resources, DECR, the ship capsized overnight Wednesday around four miles south of White Cay; a search and rescue mission supported by a civilian and led jointly by the Marine Police and the DECR did not locate the final crew member, that search resumed on Friday morning but still with no results on the missing man.

The scope of the search spanned about 9-10 miles SW of where the overturned vessel was found.  Marine Police fielded the distress call and two teams were dispatched to the site; made easier to find thanks to coordinates provided.

An investigation is launched and it remains unknown, what exactly caused the boat to completely flip over, but most of its contents – said to be construction materials – are now lost to the deep ocean.

The boat, Tropic Scout II, is linked to a Turks and Caicos business.

It left the Dominican Republic for Providenciales with aggregates and other construction supplies and Clerveaux said there are some fuel containers on board the vessel.  There is now an urgency to get these potential pollutants off the cargo ship before any spillage takes place.

The investigation is also supported by the Ports Authority and the department of Maritime affairs.