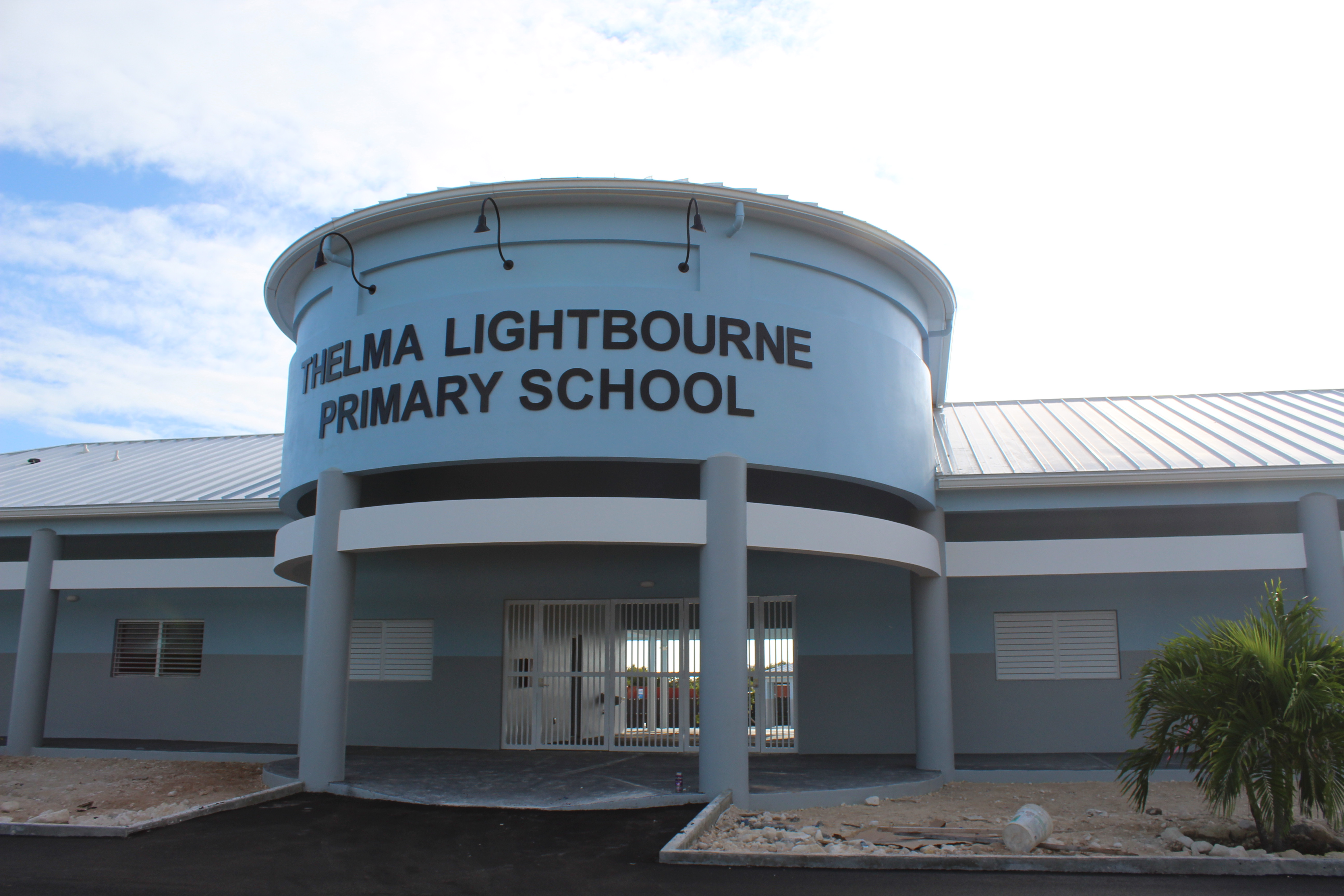 #Providenciales, Turks and Caicos – December 14, 2020 – It was her suggestion and her list which began the tradition of honouring educators like Oseta Jolly and Ianthe Pratt by naming schools in appreciation of them and on Monday the blessing was returned to a 40-year public education icon from Middle Caicos.

Thelma Lightbourne is humbled by the fact that the newly constructed Long Bay primary school carries her name, and that she is still around to see it.

Native to Bambarra and starting as a teacher at the tender age of 15-years old, Thelma Hamilton-Lightbourne never thought she would follow in her mother’s footsteps, she told me in an interview.  She had dreams of becoming a nurse, but God, she says had other plans.

Mrs. Lightbourne reflected on how she was hired while on an errand to Grand Turk.  Off-handedly selected because she happed to be in the right place, at the right time.

Initially she was a substitute teacher and once the teacher she was filling in for decided suddenly to leave for The Bahamas, permanently, it was Education officers and Helena Robinson who thought young Thelma would be the ideal fit.

That fateful trip to Grand Turk to turn in some of her mother’s reports to the Ministry of Education changed her life and was also a time she nearly lost her life.

The now 75-year old grandmother of seven children recanted a most frightening encounter with the sea and nature.

She said on the way back to Middle Caicos, after being hired by the Ministry of Education as the new teacher for her island, the boat was shipwrecked.

Though the captain tried to maneuver around the stormy weather, he could not and under the water went the boat which would commonly make the six hour journey to Grand Turk; the only mode of travel back then.

Thelma and others were clinging to a floating part of the vessel when they were rescued.  Turks and Caicos lost two people in the tragedy that day.  A teenaged Thelma was traumatized but safe.

Her first job in Education paid £5 per month.

“I would tell my children, when I went to go to Grand Turk with that five pounds (Great Britain Pound, GBP) and bought a pair of shows, very little else would you have left.”

Initially, her students were children of her own community in what was then the lower school until she did what she had never dreamed, moved to Providenciales.  The shift in 1971 was inspired by the love of her life, her late husband, Thomas Lightbourne, a legend in his own right as a businessman and prominent Rotarian.

To meet with or speak to this devout Baptist is to be tickled and to be awed by her charming, witty and humble demeanor. She is a spunky woman, rich in faith, wisdom, strong values, authenticity and humour!

Even at the school renaming on Monday December 14, 2020, Mrs. Thelma Lightbourne exhibited gratitude, poise and jokes… often, you could hear the audience laughing as she delivered her appreciation remarks.

Thelma began her formal training for teaching while stationed in Middle Caicos between 1960 and 1970; she continued to pursue studies in Antigua and Barbuda, despite being a new mother of two.

“Now when I went I left two small children at home, Elry was about a year and Dionne was about six months old,” she shared.

Her matriculation and exposure to formal education created increased demand for Thelma Lightbourne’s  successful style of educating and connecting with the island’s children and clearly she was a leader.

The Education Department, who had entrusted her in 1960 with Middle Caicos’ children now wanted her to head the then, Blue Hills Primary school, which she did.

There, the nation’s first tuck shop was started and the investment in a copying machine was made, among other commendable strides.  These accomplishments were practical interventions as students were able to purchase affordable meals and have access to copies of essential learning materials.

While she has fond memories of her girl students, Mrs. Lightbourne confesses that the boys, in those days outnumbered the girls.

She recalled one student in particular, who would not even go outside to play with the children until his work was completed.  That little boy grew to become one of the most prominent local doctors and eventually, Premier of the Turks and Caicos Islands.

Now living in the community of Blue Hills, right next door to the school, Mrs. Lightbourne taught Rufus Ewing, who ascended to the post of premier in 2012 and his brother Goldray Ewing, who is a current member of the Turks and Caicos cabinet.  She said they were both stand out pupils.

The Department would come calling again, expressing a need for Mrs. Lightbourne to move; the shift would take her down the hill to the high school, which she helped to bring into existence.

Thelma Lightbourne’s knack for connecting sincerely with students was required; it was a time when concern mounted about a stronger sense of identity for Turks and Caicos children.  The Ministry of Education identified her as the one who could soften the blow of any adverse effects tourism and other developments could bring.

She let go of her beloved primary school and became a transformative force at the high school; taking on the social and moral development of older students as Guidance Counsellor and partnering that with teaching in Social Studies and Religious Knowledge.

Her polite protests lasted decades, but eventually the high school was able to lay hold of the treasure that was Thelma Hamilton Lightbourne.  Her final stint in education would be at the Clement Howell High School, named for the principal she once worked under and from her recollection, brimming with Turks and Caicos hope for outstanding future leaders.

Reluctantly, heartbreakingly Thelma Lightbourne did what all government workers did at the age of 55 at that time; she resigned.

Since then, this matriarch has travelled the world with her husband who had long pined for the pleasure; survived sickness; was tutor to many of the younger generations who would come to her home for lessons; served her church and God in ways too numerous to outline and now enjoys watching her children as accomplished members of the Turks and Caicos society, building their own families and legacies.

Although she was not in the executive of the Department of Education, Mrs. Lightbourne fondly remembers being very much a part of the critical decisions for the sector.

On the list of recommendations she had made, that tribute could be paid to the valiance of teachers by renaming schools in their honour.

Lightbourne made the suggestion and presented a list of educators who were deserving of the honour. Some say her own name should have been included at that time but Thelma Lightbourne disagrees.

Her faith in a just and loving God told her that someday her day would come and surely it did and at a time when she could see it for herself and share it with her most precious students – her own children and grand-children. When asked the reaction of her family at the news that her name was to crown the country’s newest school; Mrs. Lightbourne said “they are happy and believe I deserve it” she added, “My husband would have said you deserve it.”