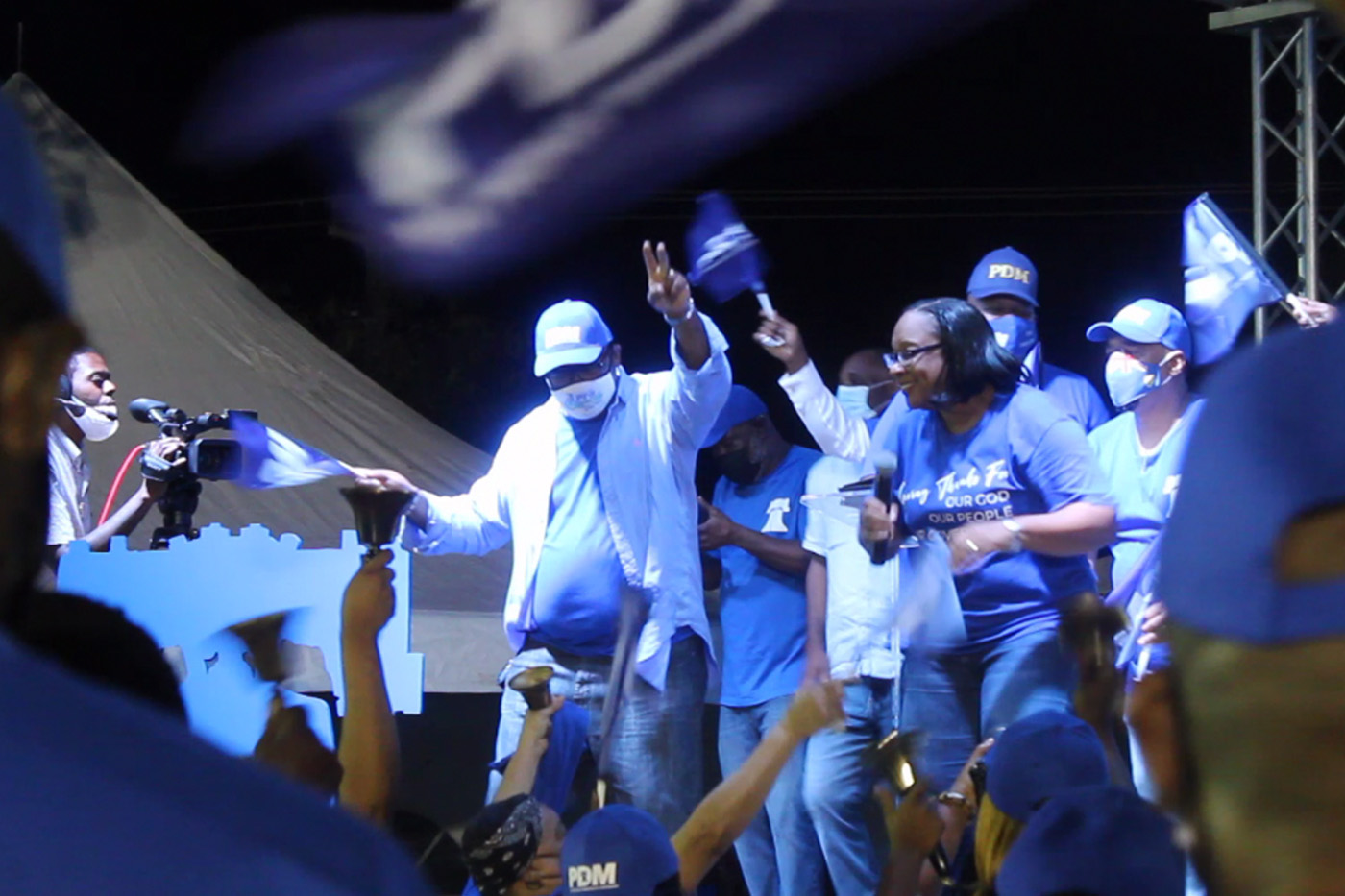 #TurksandCaicos – December 5, 2020 – Political rallies started weeks ago in Turks and Caicos with the Opposition Progressive National Party, PNP, however the debut of the governing PDM on the campaign scene on Saturday has undoubtedly made the start of a new general election season, official.

“We know where the switch is, we have already turned on the light and we are busy working on your behalf.  Another team will come stumbling in the dark in fact, they may even forget what they are supposed to be doing on the job,” said a revved up party leader as she addressed a strong showing at the Party’s headquarters in Providenciales.

Robinson told bell-ringing supporters that, “As the world emerges from a pandemic and as we are beginning to consolidate the economy here, we ae not willing to take chances on wishy washy ideas that makes no sense.  Ideas that stand zero chance of being implemented.”

The party’s leader was in fine rally-form, making her way to the podium with  the support of her husband, in a parade of dancing PDM House of Assembly members, hand in hand with her recent leadership rival, Doug Parnell (the PDM’s Chairman) and on a stage adorned in bold PDM logos and the new campaign slogan: ‘Lifting up people’.  Mrs. Robinson admitted the party is not perfect but had been productive and prudent.

“We have always looked at how we could have done things differently.  We are not coming here to tell you, we have been perfect.  We won’t pull that cheap shot on you.  But this team, that we have assembled is man to man, woman to woman,, better than any other team that is on offer for the next election.  We gat the winning team,” she promoted to flag waving supporters who turned up in person and in vehicles.

The rally was held Saturday December 5.