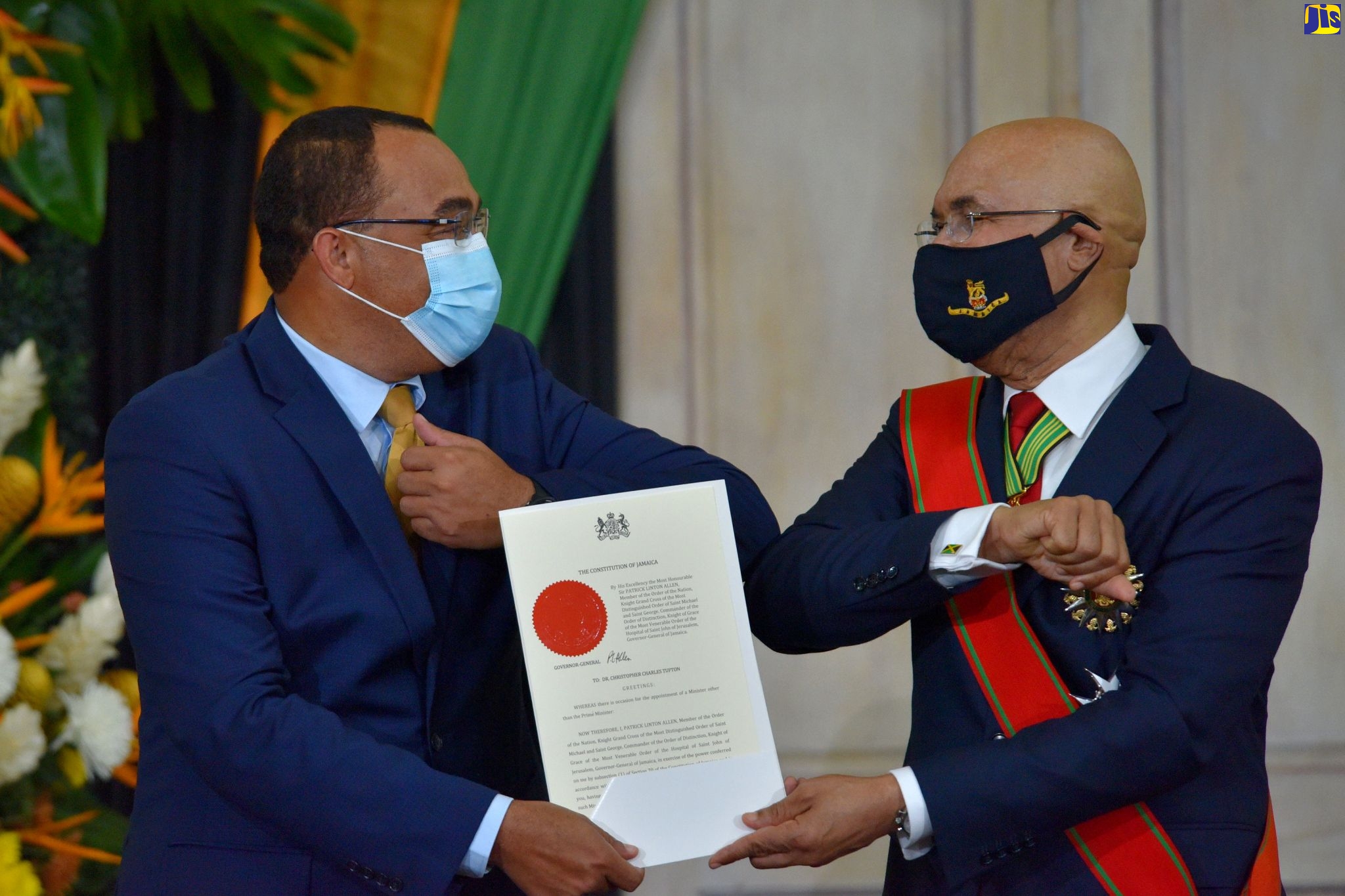 #Kingston, Jamaica – JIS News – September 8, 2020 — Four Ministers of Government were sworn into office on Monday (September 7) by Governor-General, His Excellency the Most Hon. Sir Patrick Allen, during a ceremony at King’s House.

Mrs. Johnson Smith also took the Oath of Office as a member of the Senate.

In his address, the Governor-General said that the Ministers are critical to the continued smooth running of the Government.

“These individuals have accepted the Prime Minister’s invitation to serve as Ministers and have, thereby, indicated their willingness and commitment to contribute to the realisation of the policy and programme objectives of the Government,” he said.

He noted that they will be required to ensure the safety and security of citizens; manage the economy efficiently; contain the increasing incidents brought on by the COVID-19 pandemic, and other matters regarding the health of the nation; and continue diplomatic relations with the country’s international partners and Jamaicans in the diaspora.

Meanwhile, Prime Minister, the Most Hon. Andrew Holness, said the Ministers were reappointed based on their work ethic.

“I have had the opportunity to serve with the four Ministers who have been appointed today and like the others who will be appointed shortly, I know that every day they give of themselves and I am satisfied. I am, indeed, honoured and privileged to have served with them and I make the recommendation to you Your Excellency for their reappointment without hesitation,” he said.

Mr. Holness noted, too, that the Ministers have given their commitment to do their best to ensure the success of the Government.

“They have said to me that they do not want to fail the people and that they will work with every fibre in their body, with all their energy to ensure that we are a successful government and we deliver on behalf of the people,” he said.

The Prime Minister said that in putting together the Government, he has moved very quickly to ensure that these four critical posts are filled.

Mr. Holness said the Government will honour the agreement of the National Consensus on Crime-Fighting, adding that several pieces of legislation pertaining to national security will be signed in a bid to advance the country’s crime-fighting agenda.

The Prime Minister said that his team will consist of competent individuals who will exercise good judgement while carrying out their respective duties.

Jamaican PM Holness sworn in as Head of Government