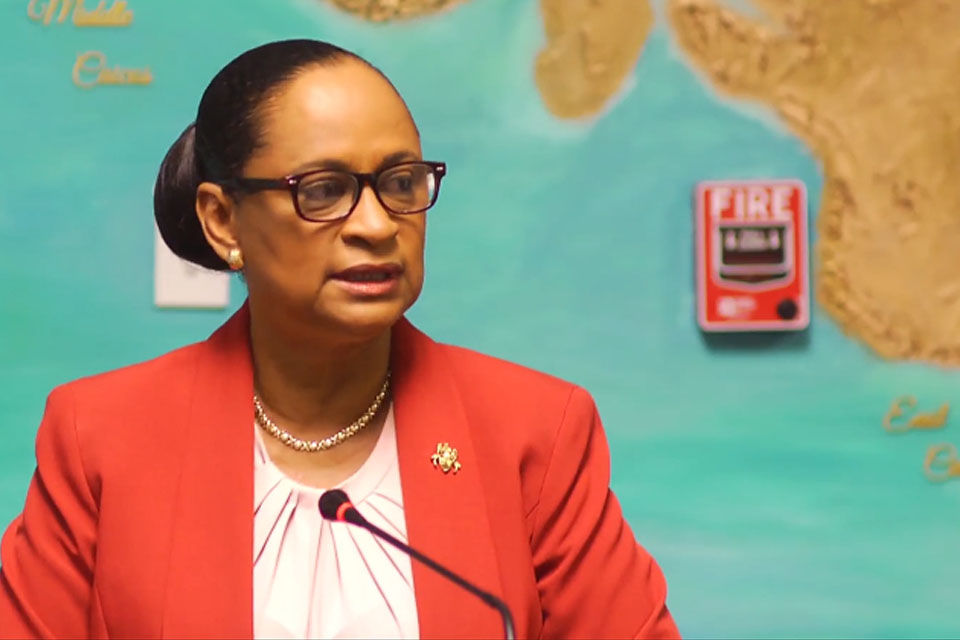 #Providenciales, Turks and Caicos – August 12, 2020 — A mere 19 days before schools across the Turks and Caicos Islands reopen and the specific path to how teaching will happen in the new academic year in this COVID-19 era remains undecided.

“We have in the past weeks put together several documents which we will make available to you (and to other media houses); the documents were presented to cabinet and Cabinet gave us approval to go ahead and to do further consultations and that is the process we are in now; we will have that finalized by the end of this week and then we will know exactly the way forward,” said Karen Malcolm, Minister of Education.

The Minister, joined by Sharlene Robinson, Premier; Wesley Clerveaux, Permanent Secretary of Education and Edgar Howell, the Director of Education, today hosted a Media Q&A session at the Office of the Premier in Providenciales.

A set of press conferences did little to quell concerns about the method of return to the classroom, which remains undecided despite a national opening of schools announced for Monday, August 31.

Premier Sharlene Robinson said this is the usual time of year for Education to communicate on school reopening. Premier Robinson did not agree that the timing of the report was late.

“I think closer to school opening and when the situation is there…” she questioned, “…vocal in the summer months, just to say I am being vocal? Because the options are there, we knew what the options were going to be.  But the consultation, the official consultation would have been lost months out.  Would have been lost months out, that’s the truth and if we want to be honest, we would say that.  So to consult in June for what will happen in September?”

The Premier continued that the pandemic itself presents a fluidity which makes concrete planning a challenge.

Those options are online or education face-to-face.

The draft guidelines have suggested a combination of both learning styles.

Residents charge the Ministry of Education with wasting the five months of down time and are disappointed that a plan for classroom learning and campus life remains in limbo.

Education Minister Karen Malcolm said time was not lost; that work was being done behind the scenes.

“We have been working on protocols all during the summer.  The Ministry of Education has put protocols in place as it relates to e-learning, as it relates to the opening of schools where by face to face or blending.  Blending I n that some students are in school or some students are at home.  But we want to ensure that the risk, we know that the risk is there and we want to do our best, as the Ministry of Education to ensure that our children are safe,” explained Minister Malcolm earlier today.

Schools, on Monday, received the 18-page draft ‘Guidelines and Protocols for Returning to Schools’ and are expected to log their feedback by Thursday (August 13).

Zoom Meetings are also planned for the private schools on Thursday.