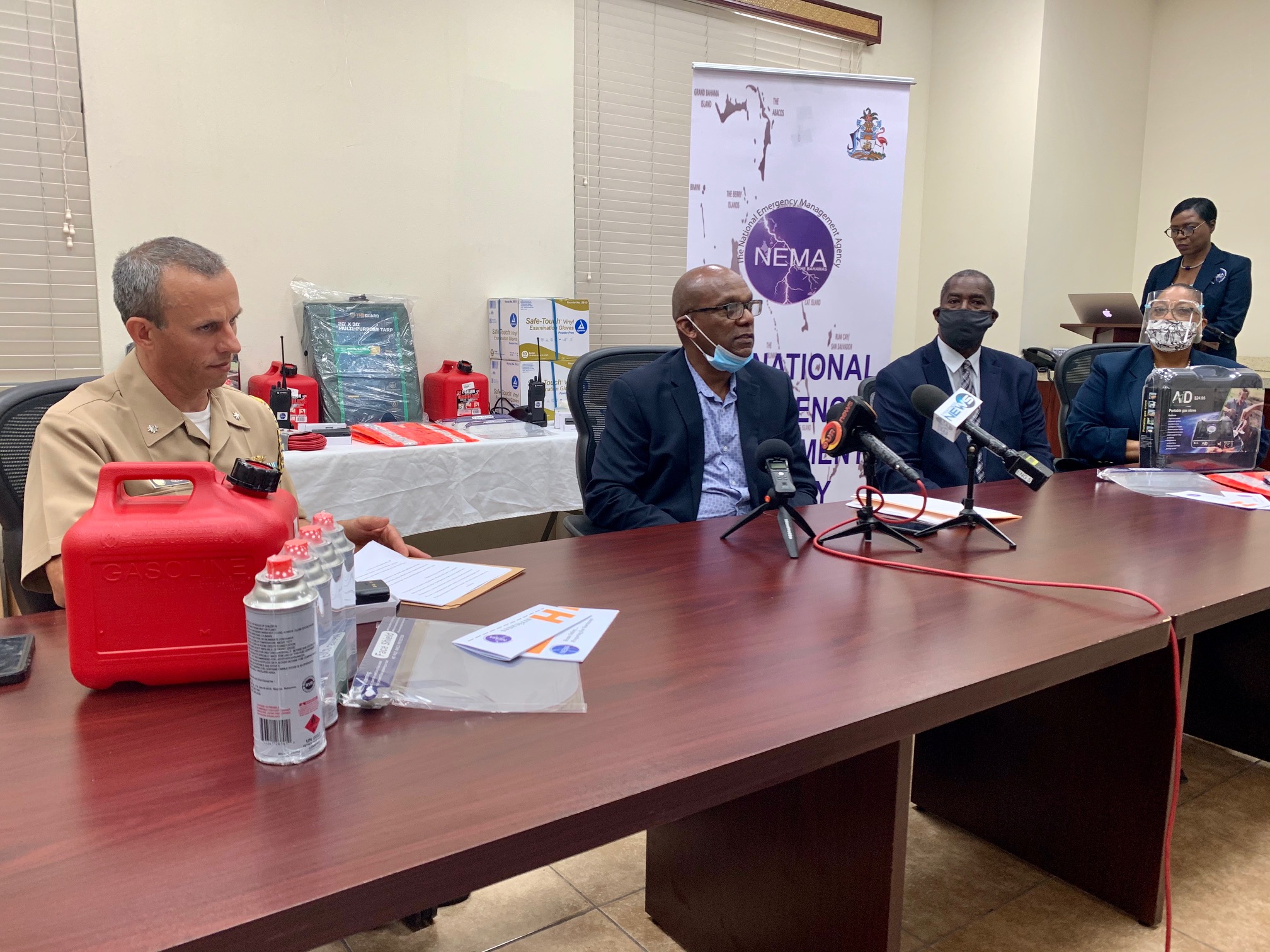 #NASSAU, The Bahamas – July 27, 2020 — The National Emergency Management Agency (NEMA) received an assortment of relief supplies from the United States Embassy in Nassau to enable a faster response to any disaster, and aid in COVID-19 fight.

The supplies, at an estimated cost of $92,000, were presented during a hand-over ceremony at NEMA on Gladstone Road on Wednesday, July 22, 2020.

Carl Smith, Permanent Secretary in the Ministry of Disaster Preparedness, Management and Reconstruction under which NEMA falls, was on hand to accept the supplies presented by U.S. Embassy Defense Attaché Commander Kevin Self of the U.S. Northern Command.

Mr. Smith thanked the U.S. Government through its Embassy for donating the supplies, which he said bodes well for the “deep relationship” between both countries.

The United States Northern Command (USNORTHCOM) is one of eleven unified combatant commands of the United States Department of Defense. This branch has been a strategic partner with NEMA in disaster management for many years.

Mr. Smith noted that an “extremely active” 2020 Atlantic Hurricane Season has been forecast. Hence, the supplies will enable NEMA to also work in a COVID-19 pandemic environment, especially if shelters are activated during a storm.

The U.S. Northern Command, from local businesses, procured the equipment and supplies to support hurricane preparedness and COVID-19 fight, throughout the communities.

“It is Important to have supplies on hand because The Bahamas is an archipelagic nation and lifesaving support is critical,” Mr. Smith said. He added that the PPE “is very much needed, particularly if we have to shelter persons” amidst the ongoing COVID-19 pandemic.

The supplies will be stored in Emergency Relief Warehouses located on Grand Bahama, New Providence, and Great Inagua, making it easier for NEMA to access and distribute supplies and equipment when a disaster strikes.

Commander Self spoke of the longstanding cooperation between the United States and The Bahamas on disaster preparedness, assuring Mr. Smith that, “we stand by you.”