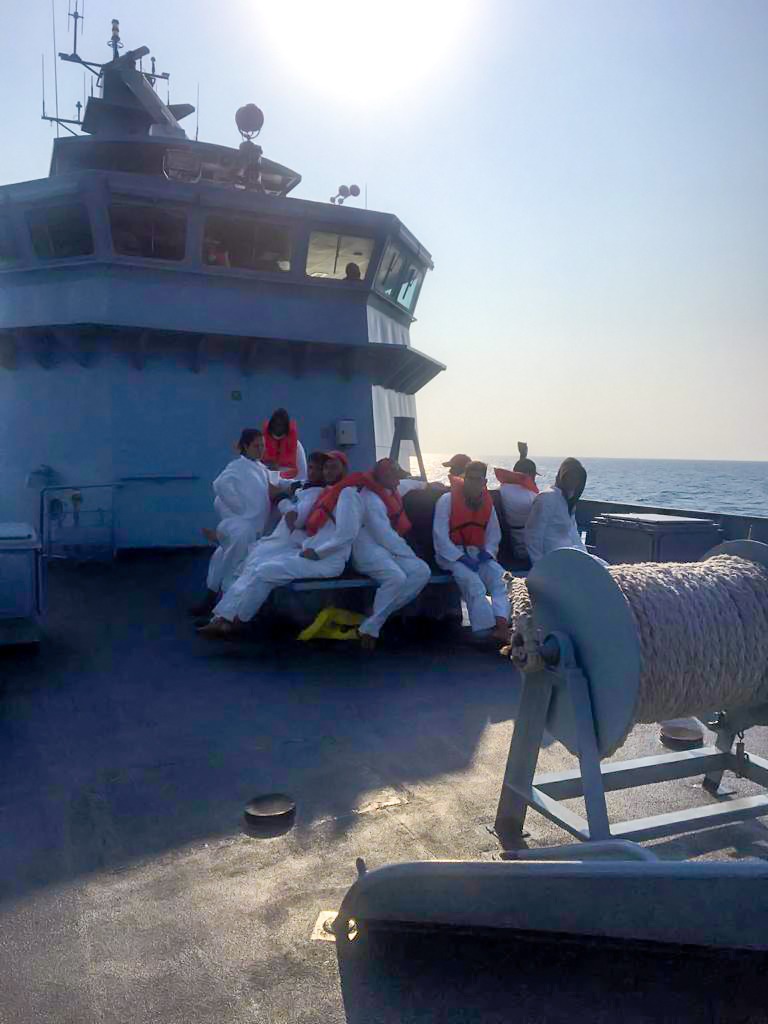 #Coral Harbour Base, 10 APR. ‘20 (RBDF): Eleven Cuban migrants were brought ino the Defence Force base on Friday morning after they were apprehended during a joint effort by members of the Royal Bahamas Defence Force and the United States Coast Guard (USCG) on Thursday past.

At about 4:00 a.m. on Thursday, HMBS NASSAU along with a USCG cutter intercepted a small rustic vessel migrant vessel with (11) Cuban male migrants onboard in the Anguilla Cay area. The migrants were medically screened (inclusive of COVID-19) and were cleared to embark HMBS NASSAU for transportation to the Coral Harbour Base.

Upon their arrival at the base, the Cuban migrants were also examined by a surveillance team from the Ministry of Health, before eventual handover to Immigration Officials. They are expected to be quarantined before any introduction to the general population at the Detention Center.