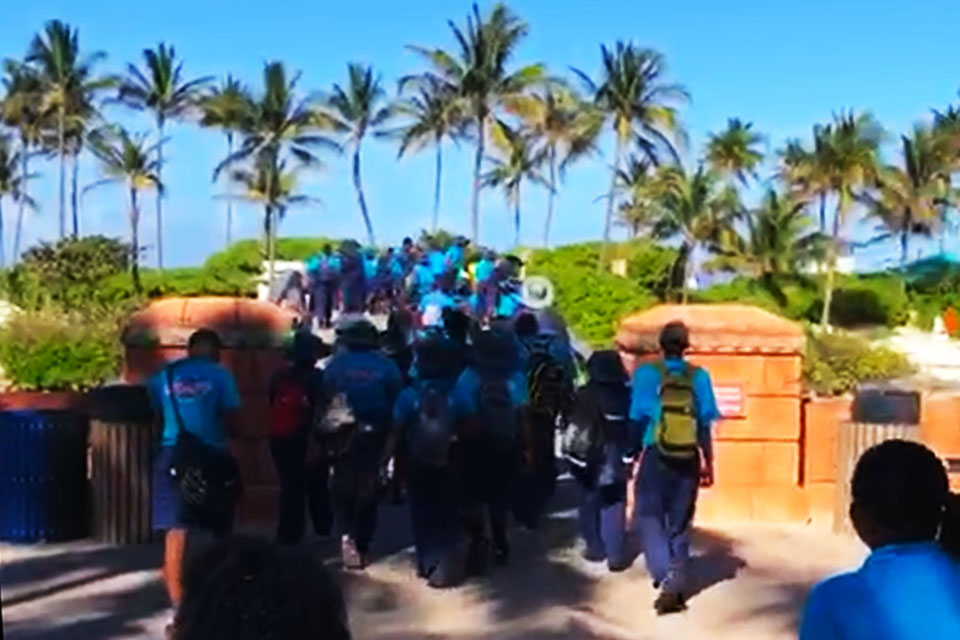 #Nassau, The Bahamas – April 1, 2020 — Already over 17,000 Bahamians have filed for unemployment assistance from The Bahamas Government due to the fall-out over the COVID-19 pandemic; the figures were revealed on Tuesday by the Minister for Public Service and National Insurance, Brensil Rolle.

Minister Rolle considers the influx to be staggering and in media reports he said, “As of (Monday), approximately 17,000 applications have come before the NIB board to be processed. That excludes the major hotels because we are negotiating with them separately.

This number reflects not only staffers who have been laid off, but self-employed individuals including micro business operators who are accessing assistance through the National Insurance Board.

“And so, the jet ski operators, the beach workers, the taxi drivers – they’re all coming to NIB. What we have done though is establish a platform and a small form that they could download to their telephone, fill out the application (so) it can be processed as quickly as possible.

#“There are three things we are looking for – we want to see a letter from the employer. When it comes to the self-employed individuals, we’re looking for an ID, an indication from inland revenue to check your business background.”

Prime Minister Hubert Minnis on Sunday extended the 24-hour national lock down to April 8; it is costing not only the tourism sector but those businesses which primarily serve the domestic market.  The measures taken in the effort to protect public health are forcing the Finance Minister to re-think the scope of qualifiers for financial help.

Government had expected to be supporting 10,000 workers; that figure is now significantly surpassed and its bail out for business is announced as $100 million dollars.

The Bahamas Minister of Tourism, Dionisio D’Aguilar had forecast, he expected The Bahamas unemployment rate would temporarily surge to 30 percent.