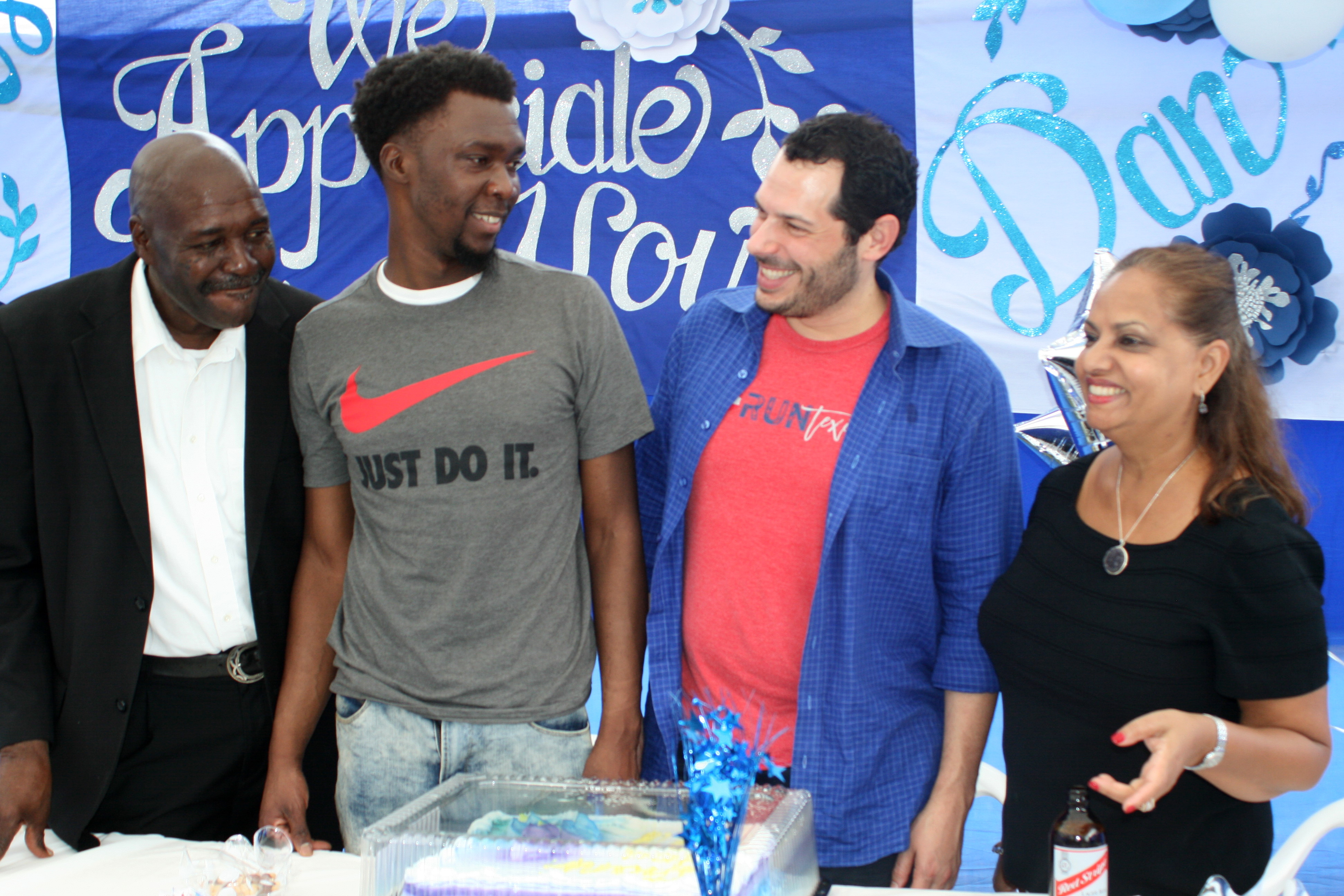 #KINGSTON, March 5 (JIS): The year 2014 will forever be etched in the mind of Kasey Tulloch, as during his training to become a pilot, his world crumbled beneath him as a result of kidney failure, followed by a debilitating stroke.

As the illness worsened for the then 20 year-old trainee, and the medication began  to drain the body of the Jamaican migrant to the United States, family members saw little hope of recovery, while a senior member of his medical team saw death as the only alternative to end young Tulloch’s suffering.

His mother, Mitzie Cross, tells JIS News that she entered a “state of depression” after witnessing the steady deterioration of her only son.

“When we found out that his kidneys had been shattered, he looked at me with sad eyes, and said ‘Mommy, I won’t be a pilot again’,” Miss Cross says, adding that many days she cried over her son’s health challenges.

Miss Cross and two cousins offered their kidneys, but they were not compatible and were rejected by the doctors.

News of Kasey’s ordeal touched his uncle, Kirk ‘Dan’ Cross, a resident of Kitson Town in St. Catherine. On informing his sister, Mitzie, that he would give one of his kidneys to his nephew, it was brushed aside as a joke.

The willing donor persisted, and soon his proposal was accepted. He passed medical tests and a US visitor’s visa was granted for him to travel to New York.

“I was overjoyed and praising God,” Miss Cross says, after getting the news that a kidney would soon be available for Kasey.

When she shared the information with her son, he said, “Yes. I am tired,” she adds, noting that her son was doing dialysis three days every week, and four hours each time.

“He (Kirk) saved Kasey’s life, and mine. I was in a dark place, and didn’t know what to do. All I could do was pray, and there came Dan,” Miss Cross told JIS News at her brother’s home in Kitson Town, where a ‘Thank You’ luncheon was held on Saturday (February 29), with family members, community persons, and members of the medical team from the New York University (NYU),  where the surgery was done.

They also had an appreciation segment to the event at the Kitson Town Seventh-day Adventist (SDA) Church.

“It feels like a miracle. My life revolved around dialysis, making me feel hungry and drained. My life came to a standstill, I didn’t know what next,” Kasey said.

“I was not driving. Now I drive, and work,” he noted, pointing out that technology allows kidney transplants to be done like regular surgeries.

Asked why he gave up one of his kidneys to enable the recovery of his nephew, Mr. Cross told JIS News that two of his nephews had died in quick succession, one from drowning, and the other by gunmen,  and “I couldn’t save them”.

“I couldn’t bury another one. It was too hard, so I had to help, and I told my sister that if anything happens to me during the surgery, they should give Kasey the two kidneys. It is all good to see my nephew driving and working again,” he said.

Reflecting on the gesture by Kirk Cross, Administrative Nurse at NYU, Margaret Frank Bader, said “it is the greatest act of kindness that someone could express to another human being,” and it should be promoted to encourage other families and individuals to come “forward” and show love to those with similar health problems.

“To see someone who was so sick, he had an organ failure, and is now healthy, is truly amazing. Medicine is a very rewarding profession, but transplant surgery and taking care of transplant patients is even more special,” he said.

“Everyone should think about being an organ donor. When you die, they save lives. There are not enough people to donate organs, and many people need transplants. Very few who die have the right circumstances that allow them to donate organs, and thousands of people have to die natural deaths for one person to be a candidate for an organ donation. People like Kirk are heroes,” Dr. Gelb told JIS News.

Wife of the donor, Charmaine Cross, told JIS News that her husband was determined to give his kidney, and nothing could stand in his way, or have him change his mind.

“I wouldn’t stop him, because I wanted Kasey to get better, and today, I am happy for all of this,” she said.

Sister, Lety Cross, who stood as the “backbone” in the family during the months of worry and uncertainty, described her brother as “brave”.

“We were all worrying what would have happened, and the waiting looked like an eternity,” she said.

Pastor Wayne Smikle, who served at the time as Head of the Kitson Town Circuit of SDA Churches, recalled that “Kirk was a bit nervous, and I reassured him that with medicine, it was possible for people to live with one kidney”.

“I prayed with the recipient and Dan. It is a Christian and humanitarian act to save somebody’s life, money can’t pay for the deed,” he said, while calling on other persons to follow the example and save lives.

The World Health Organization (WHO) classifies kidney diseases as “silent killers, which can largely affect your quality of life”, and recommends several precautions to prevent the ailments, such as maintenance of “an ideal body weight,” and keeping high blood pressure under control.

It also encourages appropriate levels of salt intake, healthy diets, and regular health/kidney checks, “if you have diabetes, if you have hypertension, if you are obese, and if you have a family history of kidney disease”.