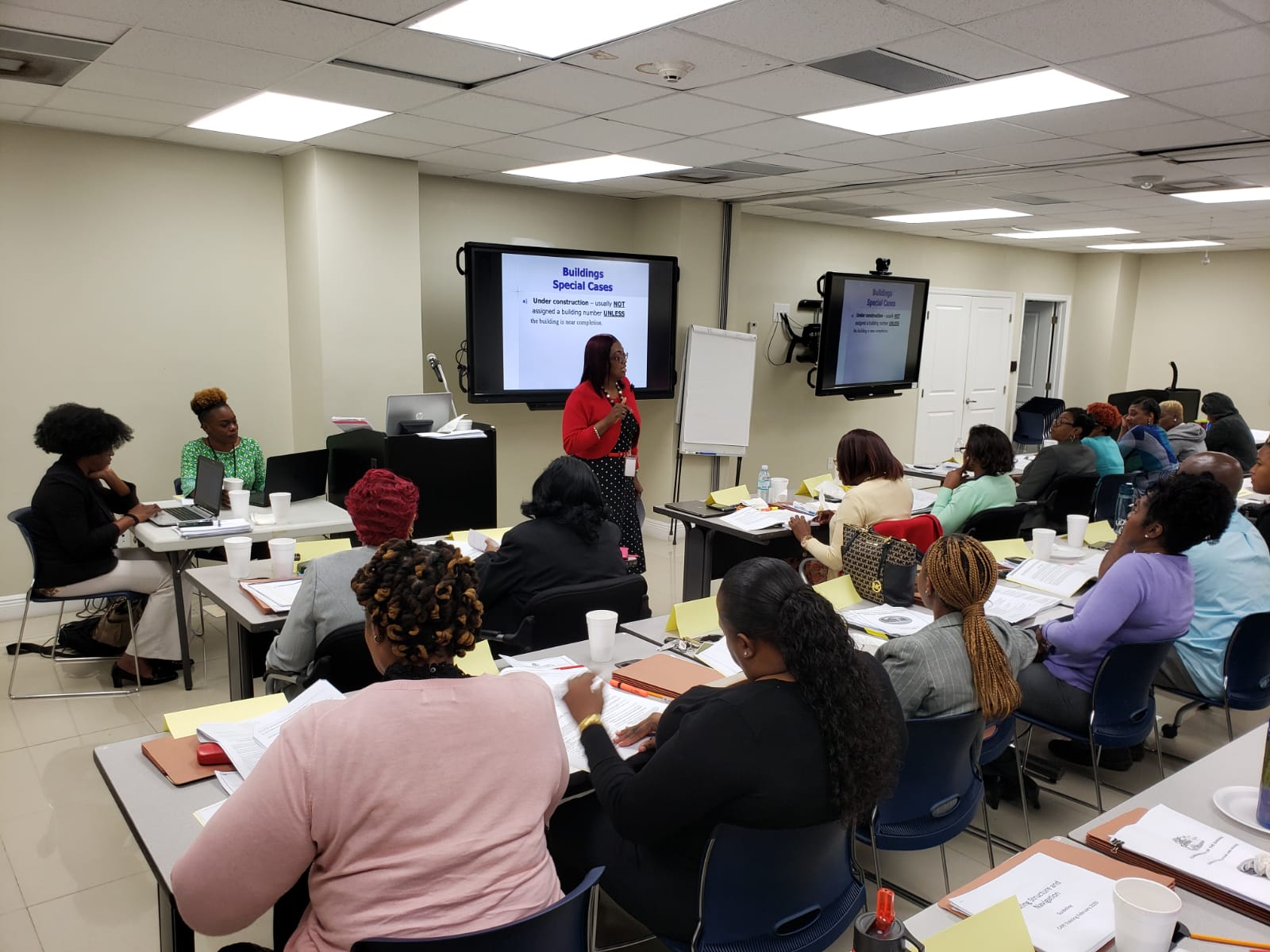 #TheBahamas, February 18, 2020 — Forty Census workers were introduced to the questions in the new 2020 Census, as part of a training session for the upcoming Census Pre-Test. The Department of Statistics hosted the event for manager, supervisors and future enumerators, today, as part of an ongoing training series.

“In March we plan to launch the official Census Pre-Test in New Providence and Grand Bahama, which is an important exercise to test all of our systems and train personnel ahead of the official country-wide Census in September. The training which began  today, is focused on the content of the Census questionnaire, ensuring that all Census workers have a proper understanding of the content and the way answers must be coded in the system,” said Leona Wilson, Acting Director, Department of Statistics.

“Over the course of this week we will be looking at all of the sections of the Census questionnaire, and explain the different concepts and definitions. The Census uses international classifications, which sometimes differ from the common understanding of terms. For example, a distinction is made between students attending the traditional levels of school, like primary, secondary and tertiary, versus individuals enrolled in trade and vocational schools. Additionally, the Census records a person’s legal marital status based on the Customs of the land, and the union status, which refers to the relationship existing in the household at the time of the Census, such as a common law union,” said Ms Wilson.

Having well trained Census workers is critical to the accuracy of the Census. The same goes for the participation of the resident population. The information provided for the Census is used for important planning and policy decisions in government and in the private sector. Census data helps to determine school zones, the location of housing developments, and helps the Government to make decisions about the allocation of resources.

“It is important for our enumerators to be well trained and it is equally as important for the general public to provide accurate information. We only do this every tenyears to get a complete picture of the entire population of the Bahamas,” said Ms Wilson.

“During the Pre-Test in March, and later in the year when the official Census begins, enumerators will be going door to door visiting households. They will face many scenarios in the field, and the ongoing training will help to build their knowledge base and equip them with the tools to execute the Census,” said Ms Wilson.

Bahamas Seniors treated to ‘a walk down memory lane’