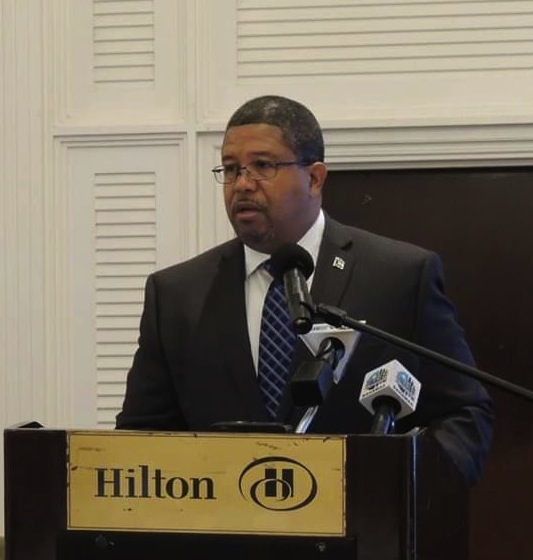 #NASSAU, The Bahamas –February 20, 2020 — Acting Prime Minister the Hon. K. Peter Turnquest explained that the removal of The Bahamas from the European Union’s (EU) tax watch list is confirmation that The Bahamas has implemented the necessary reforms to meet the EU criteria on tax governance and cooperation on tax matters.

“It is confirmation that The Bahamas’ financial services industry is stable and governed by a sound regulatory regime,” the Acting Prime Minister added as he brought remarks at the Bahamas Financial Services Board Industry Development Series: ‘Financial Crimes Enforcement, Compliance and Risk Management’ at the British Colonial Hilton, Wednesday, February 19, 2020.

At their meeting in Brussels this week, the EU’s Economic and Financial Affairs Council completely removed The Bahamas from its List of Non-Cooperative Jurisdictions for Tax Purposes.

The Acting Prime Minister noted that in March last year, The Bahamas was placed on the EU’s Annex II “greylist”.

The Acting Prime Minister noted that in March last year, The Bahamas was placed on the EU’s Annex II “greylist”.

“While different from the more serious Annex I “blacklist”, The Bahamas was still subject to ongoing monitoring by the EU with respect to the implementation of economic substance requirements.

“With the EU’s decision this week, The Bahamas has addressed all of the concerns on economic substance, removal of preferential exemptions and automatic exchange of tax information.”

He stated that the Government welcomes the decision and the positive impact it should have on growth of investor confidence in the industry. The Acting Prime Minister also thanked the staff, agencies and industry stakeholders that worked so hard to achieve this result. “Your support, encouragement and technical skills have been invaluable in this process and prove once again, we can rise to any challenge.”

The Acting Prime Minister said coming off this list was not an easy process. The Government engaged many stakeholders and executed a comprehensive strategy to not only address the EU’s concerns but also to defend the jurisdiction against unwarranted recent attacks on the legitimacy of the nation’s financial services business.

The Acting Prime Minister noted that over the past year, teams of the country’s technical advisors attended several meetings with the EU’s Code of Conduct Group to engage in dialogue on the integrity of The Bahamas’ tax governance measures. Most of the discussions centered on the introduction of economic substance requirements for Investment Funds.

He explained that early signs of our successful efforts came last July when the Forum on Harmful Tax Practices (“FHTP”) of the Organisation for Economic Co-operation and Development (OECD) concluded that the domestic legal framework in The Bahamas was is in line with international standards and therefore “not harmful”.