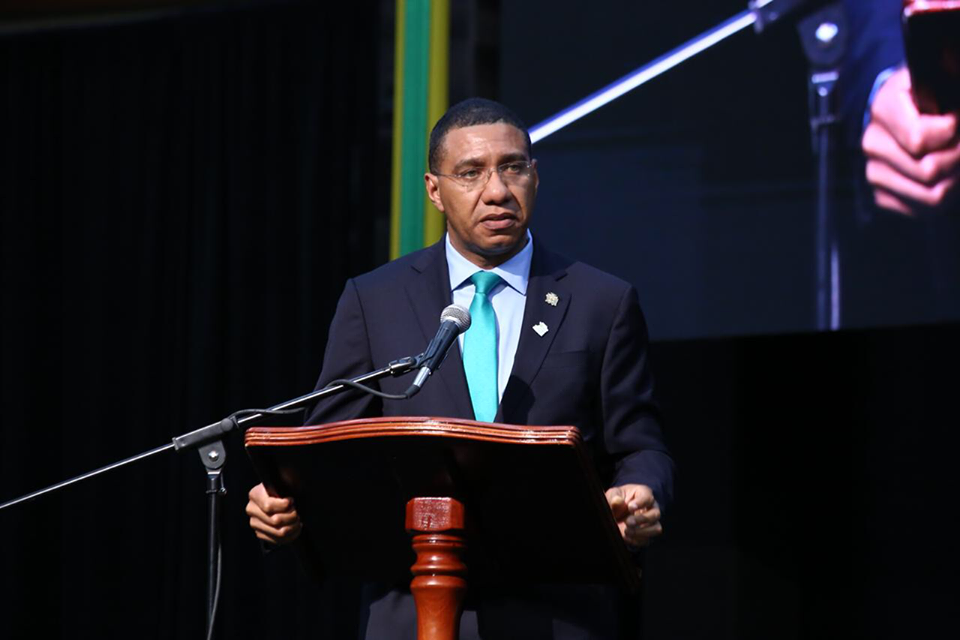 #Jamaica, Office of the Prime Minister – February 18, 2020 — Due to pressing national matters and to ensure the constitutional composition of the Cabinet of Jamaica, Prime Minister the Most Hon. Andrew Holness has cancelled his scheduled trip to the 31st Inter-sessional Meeting of the Conference of Heads of Government of the Caribbean Community, (CARICOM) underway in Barbados.

Prime Minister Holness presided over the meeting of the Cabinet yesterday ahead of the appointment of a new Minister.

The decision to forego the CARICOM Inter-sessional also comes as the Government focuses on preparations for the upcoming Budget Debates and other national and political matters.

The Prime Minister was slated to attend talks yesterday and today at the CARICOM Inter-sessional and return to Jamaica tomorrow.

In the meantime, the Minister of Foreign Affairs and Foreign Trade Senator the Honourable Kamina Johnson Smith is leading Jamaica’s delegation and will offer apologies on behalf of the Prime Minister.