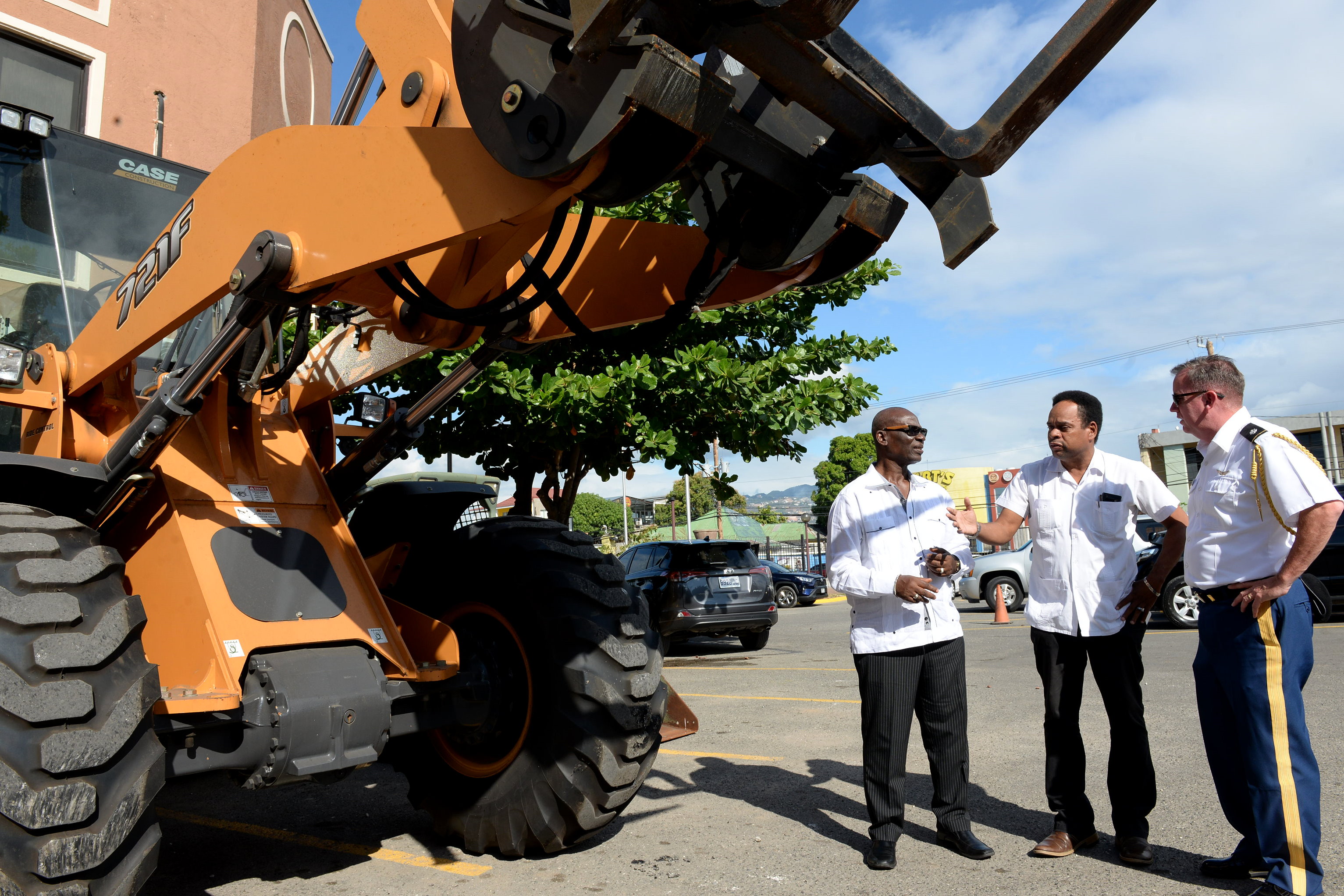 #KINGSTON, Feb. 24 (JIS):  The Government has received a donation of heavy-duty equipment from the United States (US) Embassy in Kingston, and the Department of Defence, US Southern Command, to boost local disaster relief capacity.

The presentation was made at the Ministry of Local Government and Community Development in Kingston on Monday (February 24), with portfolio Minister, Hon. Desmond McKenzie and other Ministry officials accepting the equipment.

In his address, Mr. McKenzie noted that the gift resulted from discussions he had more than a year ago with then Chargé d’Affaires, Eric Khant.

“We discussed a number of issues, including the United States assisting us in terms of our disaster mitigation programme and we did indicate the need for heavy-duty equipment of this sort. These added equipment could not have come at a better time, considering that we are approaching the new hurricane season,” the Minister said.

He expressed appreciation for the support on behalf of the Government and people of Jamaica.

The 195 Horse Power CASE 712F Series Front-End Scoop Loader and Bobcat Skid Loader were handed over by Defence Attaché at the US Embassy, Lieutenant Colonel Robert Ramsay. Both pieces of equipment are valued at over US$250,000.

“Both the CASE and Bobcat can be used for debris removal, clearing roads and just about anything. You can also load humanitarian assistance commodities on an aircraft with them. The Bobcat is very versatile and deployable to other parts of the island,” Lieutenant Colonel Ramsay said.

“This is really for humanitarian assistance in disaster relief and to show a strong partnership in continuously improving the capacity of the Jamaican Government to respond to disasters. This is the second donation we have made following discussions (between the Ministry and US Embassy),” he added.

This handover comes on the heels of the US Embassy’s donation of first responder equipment valued at over $30 million to the Jamaica Fire Brigade last July.

Lieutenant Colonel Ramsay said that through the Department of Defence and other US agencies, such as the United States Agency for International Development (USAID), the United States remains ready to assist Jamaica in exercises, training, planning and the donation of equipment where needed.