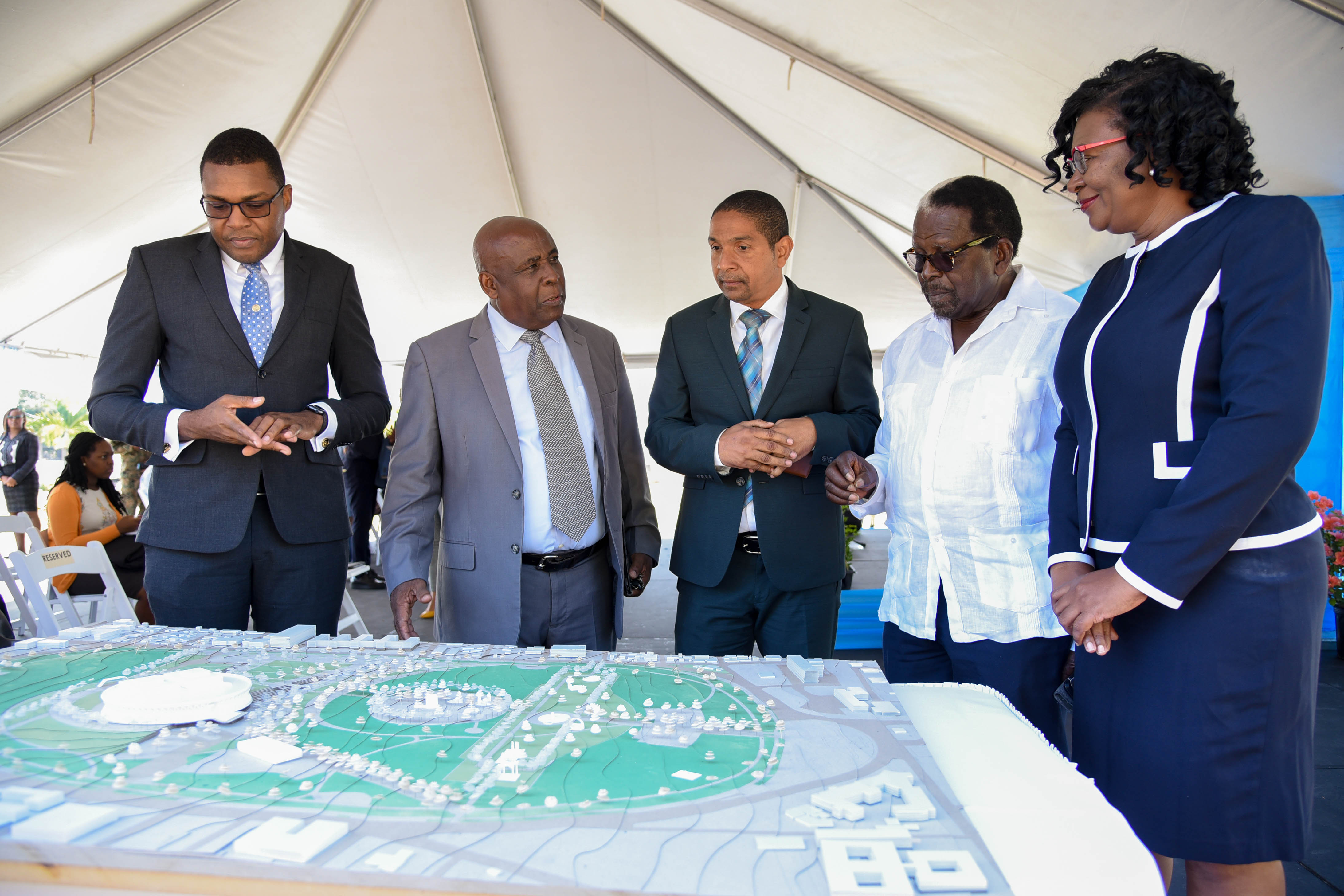 #KINGSTON, February 4, 2020 — Parliamentary Secretary in the Office of the Prime Minister, Senator Robert Morgan, says the Government is being strategic and deliberate in the design and implementation of eco-friendly and sustainable projects that will benefit all Jamaicans.

Senator Morgan argued that the greatest threat to human existence is climate change, adding that small island developing states, such as Jamaica, are even more vulnerable than other countries to challenges ranging from the impacts of climate change to rising sea levels.

“So planting mangroves helps to protect the coast, it also helps to build more land to create a kind of buffer between population centres and people, but it also creates habitats for fish,” he noted.

Meanwhile, Senator Morgan said construction of the new Parliament is necessary to improve the governance of the country, while ensuring that it is accessible to all.

“I think twinning the tree-planting exercise with the Parliament are two symbols of our development as a mature country recognising the importance of doing the things that may not necessarily, on the face of it, seem to be important… but recognising that creating symbols of your maturity, symbols of your evolving nature as a country are very important to young people and to old people, so that they can have confidence in your society – that it is moving in the right direction,” he said.

More than 1,000 trees are expected to be planted as part of the National Heroes Park Redevelopment and Government Campus Project.

For his part, Senior Project Manager, Urban Development Corporation, Leighton White, told JIS News that construction drawings for the new Parliament building should be completed by June of this year.

“We will take that to tender and once we get a contractor that is prepared to undertake the project, then we will have that person, that team start in January of next year,” he said.

The construction is slated to last for 24 months.

During the meeting, winner of the Government’s Houses of Parliament Design competition, Evan Williams and his team, Design Collaborative, outlined the concept for the structure,

Construction of a new Parliament building forms part of the National Heroes Park Redevelopment and Government Campus Project, which is a component of a master plan to redevelop downtown Kingston.

It features an interconnected building with space to accommodate a football field and an area for outdoor movie watching.

Outbreak of Coronavirus in the People’s Republic of China