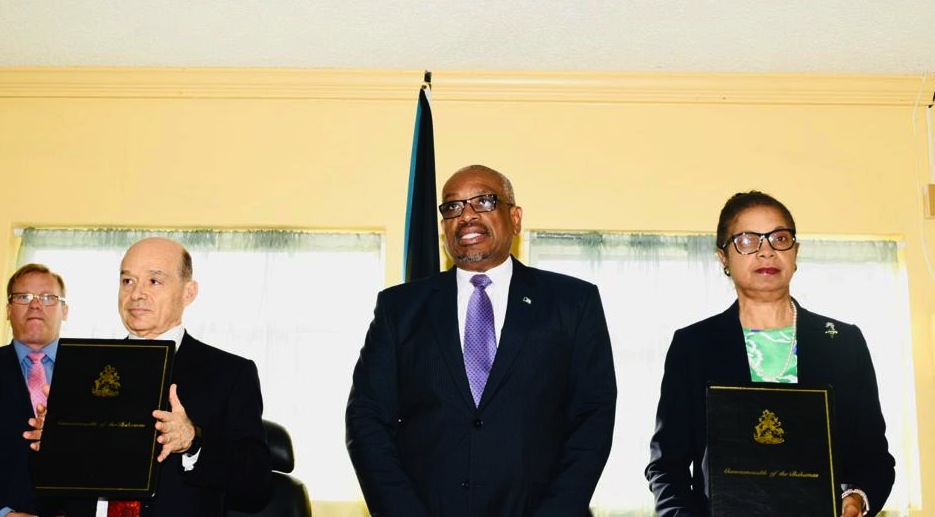 #SANDY POINT, South Abaco — February 13, 2020 — The Government of The Bahamas signed a Heads of Agreement with Tyrsoz Family Holdings Ltd., February 13, 2020 for the development of a $300 million project, one of the largest undertakings for this island community.

Prime Minister the Most Hon. Dr. Hubert Minnis in his remarks said that building the project on Abaco demonstrates the strong confidence investors have in the government and the country.

The developers are proposing a world class, environmentally sustainable luxury island retreat with local appeal, community participation while maintaining the natural charm of the environment.

“Abaco is on the move,” the Prime Minister said, adding that the rebuilding of North Abaco has begun following the destruction caused by Hurricane Dorian about five months ago.

“Today’s signing is an important part of the post-Dorian reconstruction and rebuilding effort.”