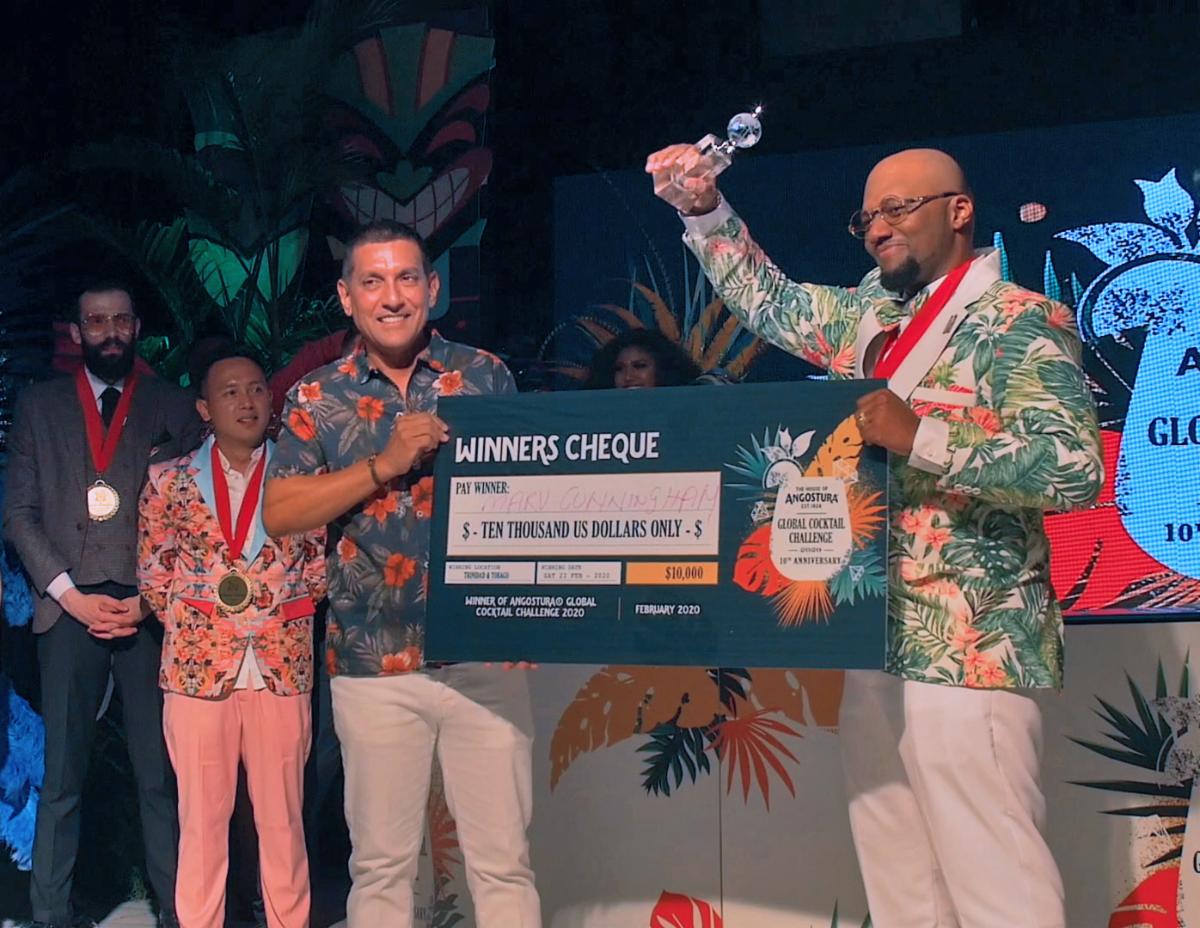 The event, which was held at the Hyatt Regency Trinidad on Saturday, saw the Taste of the Caribbean Hall of Fame Inductee eclipse eight competitors for the global title and a cash prize of US$10,000. Cunningham also earned a two-year contract to serve as the ANGOSTURA Global Brand Ambassador, showcasing ANGOSTURA bitters and rum products to international audiences.

Vanessa Ledesma, CHTA’s Chief Operations Officer, said the victory helps to propel the Caribbean food and beverage industry. “Marv is the epitome of Caribbean passion and excellence, and we are thrilled that the region emerged victorious in this global competition,” she said.

The Bahamian mixologist wowed the judges with a ‘Mas-Curried’ rum cocktail and an Amaro cocktail entitled ‘Amaro Bank Burst’. In addition to winning the overall title, Cunningham also won the award for Best Rum Cocktail.

Cunningham, who has been bartending for more than 20 years, is a two-time winner of CHTA’s Taste of the Caribbean Best Caribbean Bartender award as a member of the team from The Bahamas, winning in 2015 and 2016 before returning to judge the competition in 2017.

He said winning the challenge meant a lot for the Caribbean. “It goes to show that we have the talent here, we have gifted bartenders here, not just bartenders but a gifted people in general and we belong,” he said.
He credited the Taste of the Caribbean regional competition and educational experience and the Bahamas Hotel and Tourism Association’s national competition for helping him reach this pinnacle in his career. “Being able to provide a platform for bartenders in the region to compete against each other to help develop themselves, to help further (develop) their skills. It is a great feeling and I’m very (grateful) to CHTA and Taste of the Caribbean for what they have done because they are more about teaching. Getting a medal is okay, but at the end of the day this is what counts – that development aids in things like this.”

Also competing in the challenge was 2018 Caribbean Bartender of the Year, Shana Rajahram of Trinidad and Tobago, who said it was an honor to represent female bartenders around the world and to reach such a high level of competition and excellence.

This year’s Taste of the Caribbean will be held from June 26-30, 2020, at Hyatt Regency Miami. The event features top culinary teams from Caribbean nations and territories competing for recognition and awards.