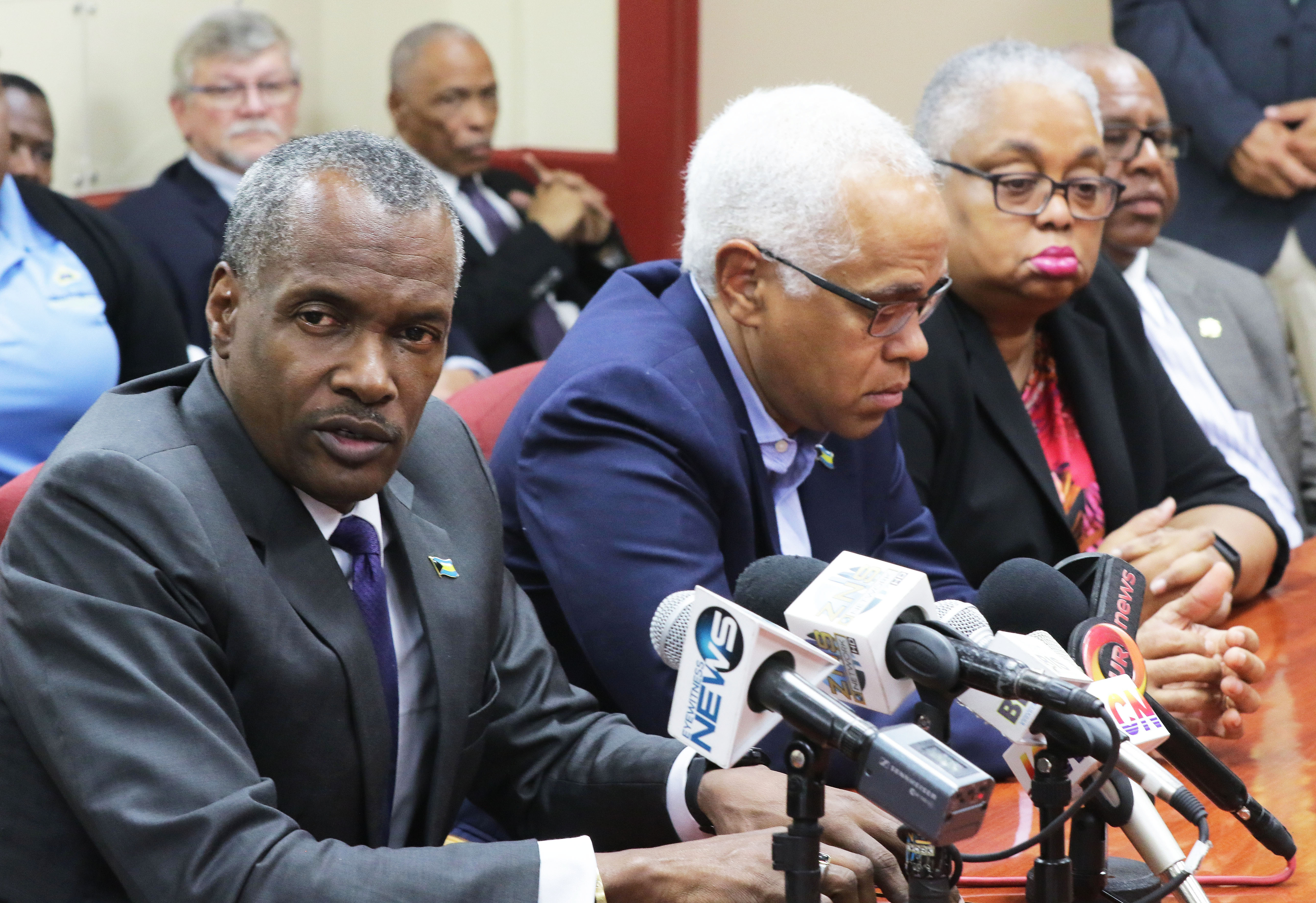 #NASSAU, The Bahamas – February 3, 2020 — The government has signed a contract for an engineering consultancy that will conduct a feasibility study followed by an engineering design for the Glass Window Bridge in North Eleuthera. The contract signing was held on Thursday, 30th January 2020 at the Ministry of Public Works headquarters on University Boulevard.

Minister of Public Works, the Hon. Desmond Bannister said that the bridge is in a state of disrepair with limited capacity.

“The Glass Window Bridge is located in North Eleuthera and is the only vehicular link between North and South Eleuthera,” said the Minister.  “The current bridge is in very poor condition and has a restricted load capacity of only 12 tonnes with single lane traffic only allowed to cross the structure.”

Mr. Bannister added that in bad weather, the bridge faces overtopping and sea surges from Atlantic wave action. Consequently, he said, the waves envelop the landmass resulting in damage to both the north and south approach roads, creating dangerous driving conditions for motorists.

In addition to improving safety at the bridge, the Minister said that the replacement of the existing bridge crossing provides an opportunity to create a major tourist attraction for the island.

He said that the new contract would include studies, which would take into account future demand; financial viability; climate impacts and other environmental and socio-economic issues relevant to the site. The contract is being broken down into four phases: Feasibility study (4 months); detailed design (5 months); tender bid process (3 months); and Contract Administration/Construction quality control (24 months).

“The Cabinet approved the recommendation for the award of the contract between the Ministry of Public Works and Engineering Technical Services for a VAT inclusive total of $2,040,840.00.  Cabinet also approved a 20% contingency amount of $400,000 for any unforeseen or additional services requested.