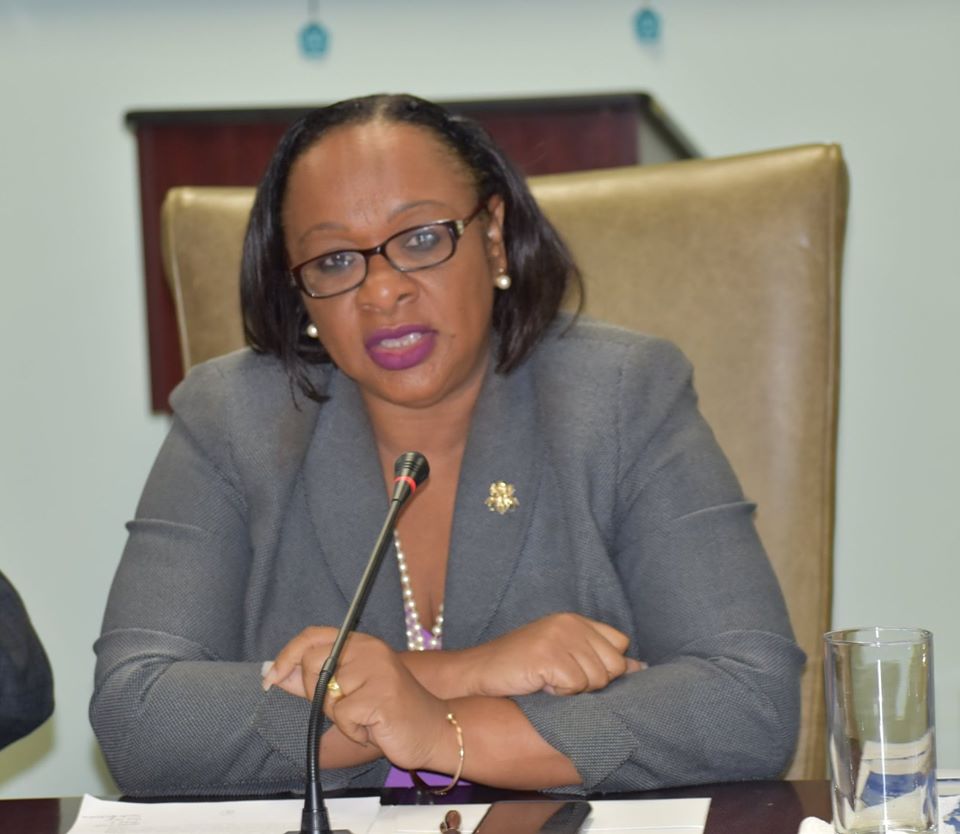 #TurksandCaicosIslands – January 20, 2020 —- STATEMENT MADE ON JANUARY 7, 2020 – The Premier Hon. Sharlene Cartwright-Robinson and Cabinet Ministers updated the general public during a press conference on Tuesday, January 7 2020 on their achievements for the year 2019; their third year since coming to Office in December 2016.

Each minister provided extensive updates on their respective ministries and shared priority areas and plans for the year 2020. Premier Robinson brought updates on the Ministry of Finance, Investment and Trade, Statutory Bodies and The Office of the Premier Local Government and Community Affairs. Among the achievements attained in 2019 were:

·       Purchased a building for the new Technical and Vocational Institute

·       Completed the Vision 2040 Document and secured quotes for its critical roll out.

·       Funded the reintroduction of Increments for the Civil Service

·       Approved and implemented salary advance for Civil Servants, funded the Consultancy Review of the TCI Pension and Terminal Benefits

·       Conducted Actuarial Reviews for all of Government Pensions (which included for the first time Pensions under the Retiring Allowance Ordinance – Politician’s Pensions), NIB and NHIB.

·       Reopened the newly refurbished JAGS International Airport in Grand Turk and approved critical projects for the TCIAA including: –

·       Advanced critical projects to redevelop all the ports in TCI

·       Appointed a new CEO and Deputy CEO for the Civil Aviation Authority in the persons of Peter Forbes and Arthur Bassett.

·       Progressed the ban on other harmful plastics; enacted restrictions on the importation of polystyrenes and plastic straws

·       Commissioned the first Musicians of the Turks and Caicos Music Festival

Commenting on the achievements for 2019, Premier Robinson stated: “We are a beautiful, blessed country and we must be grateful to God for his many blessings. Thanks to His Excellency the Governor, the Honorable Ministers, Cabinet colleagues and above all Team Finance, Team Premier’s Office, Public and Private Sector for a collective effort in bettering the lives of all Turks and Caicos Islanders.

As we reflect on the past year, I cannot overlook some of our unfortunate actions as a people. Offering destructive criticism, sitting on the sidelines creating problems for every solution has no place in TCI’s next decade. Too many of us continue to be irresponsible in our use of social media particularly in circulating false accounts of criminal acts and sloops, and this only leads to irreparable damage to our reputation and wasted use of resources. This for me is of serious concern. The tenor of 2020 must be different; let us put country first.

We must move forward on the path of restoration, decentralization and modernization towards attaining Vision 2040. We have much to do in a short time but we must persevere and we will.”