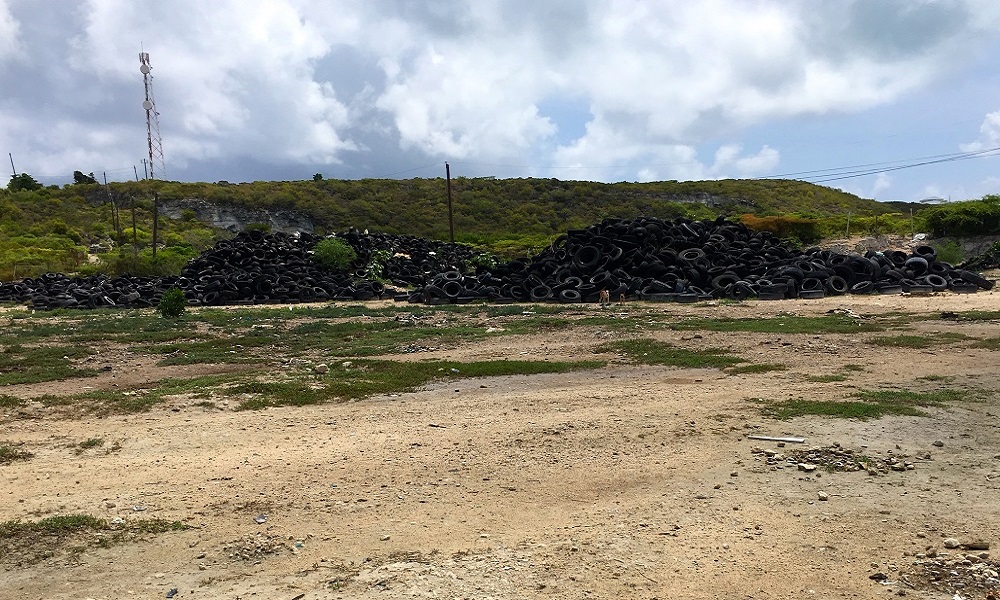 Grand Turk, December 15, 2019 – Turks and Caicos – I suppose it depends on who you ask. We can not solve a crisis without treating it as a crisis. “By Greta Thunberg”

As I interact and converse with more and more people on the island, it became clear to me that we all share similar concerns for the good of the nation and are all obligated to illuminate the things that unites us as humans without fear or favor.

Let me explain and one can come to their own conclusion.
We all live in the most beautiful country in the world, these Turks and Caicos Islands. Now, I may be a bit bias as I’m a son of the soil . Nevertheless, it needs to be addressed as it’s a matter of sickness or health.

Once these beautiful by nature islands became exposed to the outside world, development began to expand rapidly and so did the population of course. I don’t believe anyone envisioned sanitation control being an issue. At the time, the public dumps were considered some distances away from public dwelling. Since then, a number of communities has emerged around the dumps.

Figuratively speaking, some homes in Grand Turk, are located literally in rock throwing distance from the public dump. We have got to recognize this as more then an issue my fellow Turks Islanders.

Usually, the most powerful stories are those that are driven by violence and destruction. However, I felt compelled to shine the light on this particular matter because of the long lasting negative impact it could have on humanity. It should not be minimized and needs to be addressed with a sense of urgency.

Case in point: Whether it’s the work of an arsonist or spontaneous combustion of materials, in less then four years, the dump in Grand Turk has been on fire a number of times. Each time, billows of smoke permeated the air all over this tiny island. The smoke and the smell at times is unbearable and the fires would be smoldering for weeks on end. Now just imagine the families with small children and babies living in close proximity of this. It’s nothing less then a matter of sickness or health.

I’m not a medical doctor, but common sense would tell you if toxic fume is inhaled over a long period of time, just like cigarettes, it could result in acute respiratory issues and other illness. In most developing countries, solid waste is regulated in five categories, generation, collection, processing, transporting and disposal of waste. It’s pretty clear to us as to which companies and or facilities are generating the most waste, and the question remains, are they doing enough to support the country as a whole in this area.
Proper management of the other four categories has been a challenge to our country for years. Particularly in Grand Turk, we have had our share of less then satisfactory services of garbage collection.

We now have large quantities of medical drugs, human and chemical waste being disposed of in the public dump. Some of these are intrinsically hazardous to our health. The potential health effects of both waste itself and the consequences of not managing it properly continues to plague us.

Human waste: In the bygone days, “out houses”, was the primary way to contain human waste. At least it was concentrated in one area with limited infiltration into our water waterways. The way it’s being disposed off now, its in close proximity of our ponds and waterways. It will have a negative impact to the surrounding natural resources, pollutes the environment and presents a serious human health hazard.

Most developed countries uses gravity to usher waste from homes and businesses to neighborhood lift stations, where it is stored and pumped into pressurized mains, which take the sewage to the treatment plant. This process helps to remove contaminants and produce treated wastewater that is safe enough for release into the environment. Unfortunately, we don’t have that luxury. Therefore, Having a proper dump station is of paramount importance.

These concerns were addressed with Honorable Edwin Astwood, who advised that he shares some of the same sentiments. The Ministry further stated that a Tender is currently being put out for management of the dumpsites and they are requiring the most environmentally friendly option. One of the options could possibly eliminate the municipal waste at the sites, with no emissions into the atmosphere, which should also include recycling.

If this is of any consolation, time will tell. Nevertheless, we should not remain silent or complacent until it comes to fruition.

There’s an extreme need to have a comprehensive and holistic discussion on a way forward. We realize it’s a monumental task, but something has to be done as time is running out. I passionately embraced Mahatma Gandhi’s idea: “ We must be the Change we wish to see in the world” In this case, in our beloved Turks and Caicos Islands.