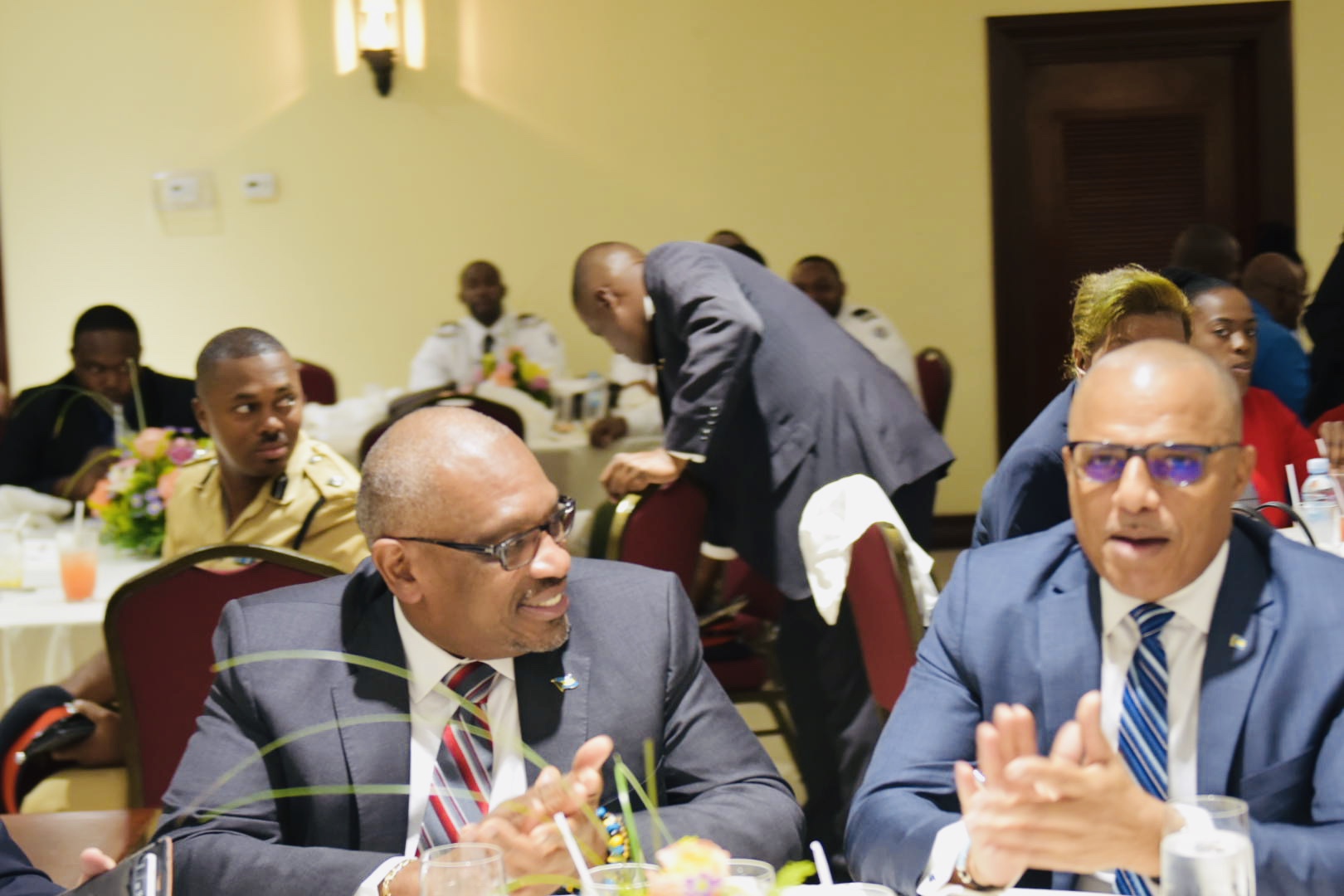 #Nassau, 9 December, 2019 – Bahamas – Prime Minister the Most Hon. Dr. Hubert Minnis thanked the National Emergency Management Agency (NEMA) and other public officers who were on the front-line and in the immediate aftermath of Hurricane Dorian.

He made the acknowledgements during an Appreciation Luncheon on Thursday, December 5, 2019 at the National Training Agency on Gladstone Road.  A delicious meal and entertainment by the Royal Bahamas Police Force Pop Band added a festive feel to the event.

Expressing his profound and deep gratitude, the Prime Minister said, “On behalf of the Government and people of The Bahamas, and on my own behalf, I thank you with all of my heart for all the work you did and continue to do.

Also present were Secretary to the Cabinet Camille Johnson, Cabinet Ministers and other Senior Government Officials.

“It is good to see so many of you here this afternoon for this appreciation luncheon for public officers and individuals from various government agencies who played an important role in the midst of Hurricane Dorian,” the Prime Minister said.

He recalled that just over three months ago The Bahamas experienced one of the most catastrophic events in its history and that of the Atlantic, when Hurricane Dorian made landfall.

“On Abaco, in many of the Abaco Cays and on Grand Bahama it seemed as if a series of bombs exploded,” he said.  And, he quoted UN Secretary-General in describing Dorian as being “turbocharged.”

To members of the disaster committee he said: “Because you have been so intimately involved either before, during or after Dorian struck, you know well the extent of the devastation, including the loss of life and the displacement of hundreds of people.”

He also acknowledged that while there has been tremendous progress in the past three months, “we still have a very long road to go in terms of ongoing recovery and reconstruction.

“But we must rebuild stronger and with more resilience.”

According to the Prime Minister, the lighthouse at Hope Town on Elbow Cay remains as a symbol of hope during the rebuilding efforts.

However, he said a major story from Hurricane Dorian that needs to be told more fully is the hard work and dedication of scores of public officers and citizens who gave their all during and in the aftermath of the storm.

“We are grateful for the help offered The Bahamas by foreign governments and international partners,” he said. “We are still working with a number of international groups. But this is only part of the story.”

Added the Prime Minister: “The bigger picture, the bigger story is about the many public officers and agency workers on the ground throughout Abaco and Grand Bahama, who came to the rescue of fellow-citizens, who helped to maintain law and order, who showed courage in the midst of a terrible crisis.”

Work is ongoing on the ground on Abaco, the Cays and Grand Bahama led by many public officers in the midst of difficult circumstances, he said.

“So it is important that we are all here today to acknowledge and to thank all of you who played a part during Hurricane Dorian,” the Prime Minister said.

He said there are always things that could be done better during a crisis, but it is important to acknowledge and show gratitude for all the good things that were done.

“I am heartened by the number of international partners who praised the good and relatively quick response of the country in the face of Hurricane Dorian,” the Prime Minister said. “Some of this response was due in part to the work that you did.”

He noted that history may not record each name and person in detail in terms of what they did “but history will recall what we did together.”