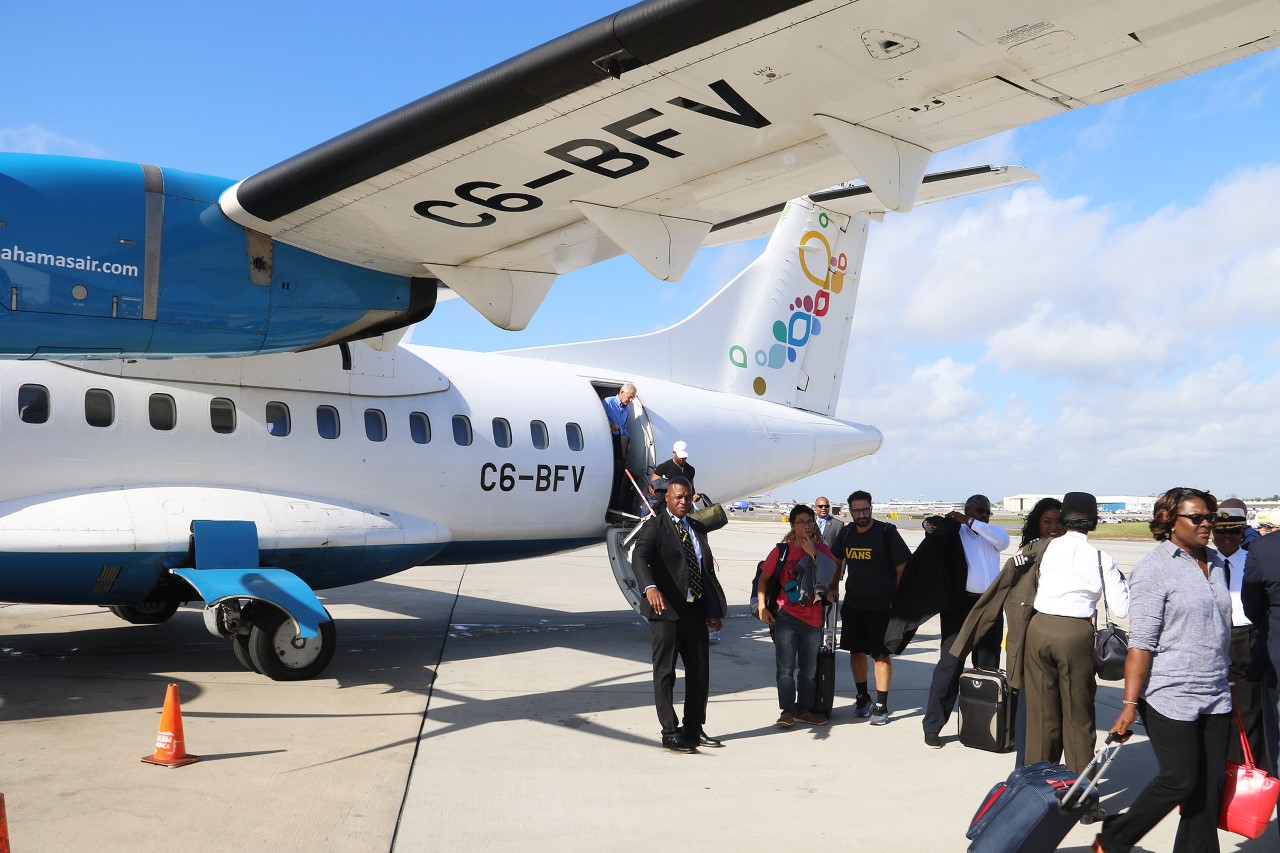 #Freeport, GB, December 17, 2019 – The Bahamas – The first international commercial flight since the passage of Hurricane Dorian on Monday was a very important step for residents of Grand Bahama, said Minister of State for Grand Bahama, Senator the Hon. J. Kwasi Thompson.

As Minister Thompson greeted passengers on the return leg of the Bahamasair flight, he noted that it was important because it was the first regular international flight going to Florida.

This was the second international flight coming to Grand Bahama in three days.  Sunwing arrived from Canada with 189 passengers. “The flight today really means that we’re getting to back to normal for our residents because the Bahamasair flight is what accommodates our residents moving back and forth to Florida, and so today is really a positive step for residents.”

The flight, which departed Freeport on Monday morning, is an important step showing that residents of Grand Bahama are getting back to pre-Hurricane Dorian.

The Minister commended the staff of the National Flag Carrier, Bahamasair who worked tirelessly since the storm.   He added that the airline should be commended as the first to have regularly scheduled flights to international destinations.

As the temporary facility at the Grand Bahama International Airport has been cleared for all international flights, in addition to Bahamasair’s resumption of regular flights, Silver Airlines is expected to start services later this week and American Airlines should resume services early in 2020.

Bahamasair’s flight to Fort Lauderdale left on Monday morning, December 16, just after 9 a.m. with 35 passengers, including Minister of State for Disaster Preparedness, Management and Restoration, the Hon. Iram Lewis and Mrs. Heather Lewis; Deputy Chairman of Bahamasair, Rudy Meadows; as well as officials from the Ministry of Tourism and representatives from other government agencies along with members of the press.

The delegation was met and welcomed in Fort Lauderdale by Mayor of Broward County, Dale Holness.   The flight returned to Grand Bahama after midday.