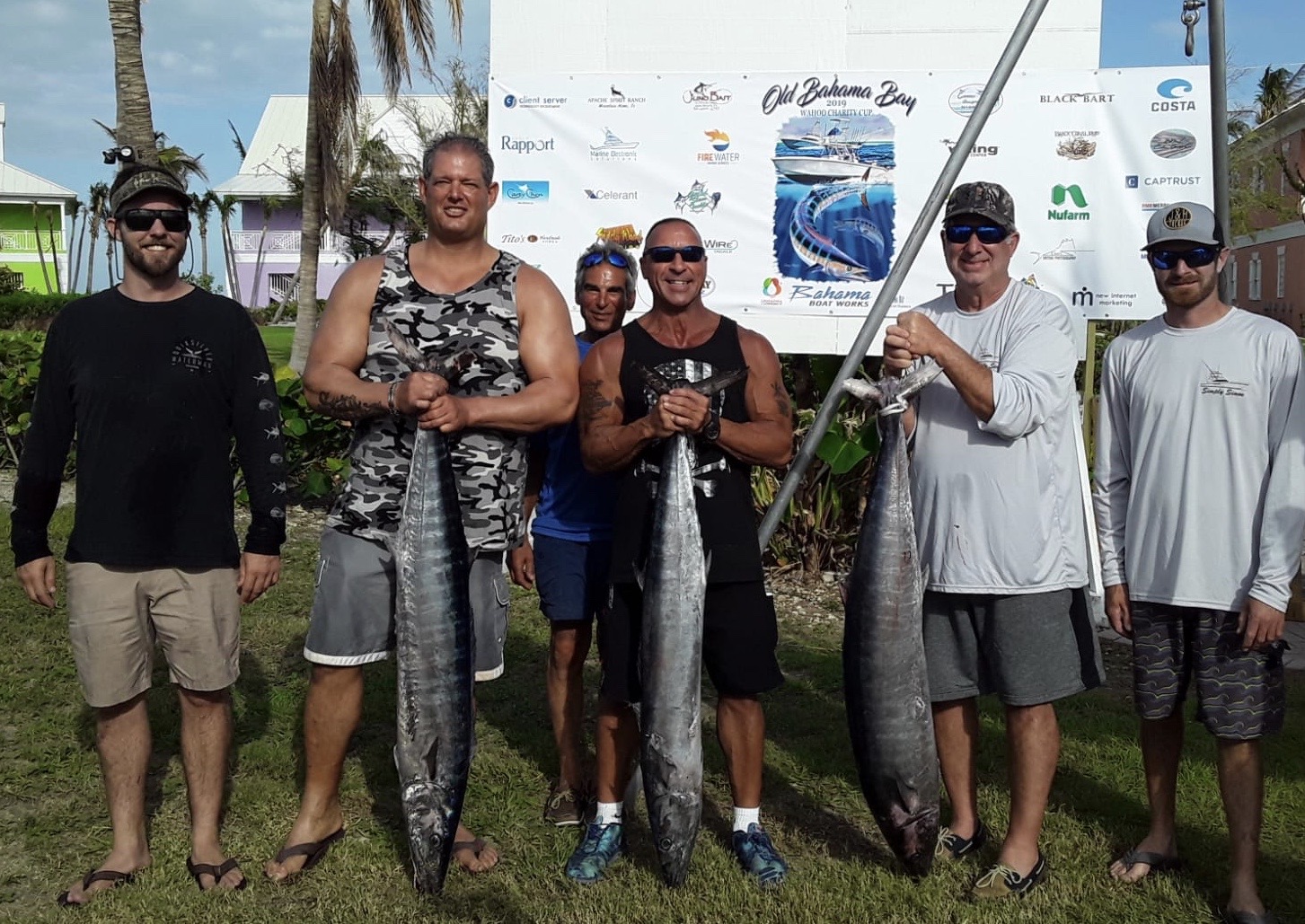 Freeport, GB, 9 December, 2019 – The Bahamas – Anglers across Florida converged in the settlement of West End, Grand Bahama for the highly anticipated 3rd Annual Old Bahama Bay Wahoo Charity Cup. For participants, the event was a thrilling opportunity to sail the beautiful, boundless blue waters of Grand Bahama Island in hunt for wahoo large enough to earn them the competition’s top prize and, of course, bragging rights.

The Bahamas Ministry of Tourism & Aviation served as a proud sponsor of the Wahoo Charity Cup, which attracted 37 participating boats this year, the largest showing since its inception. With an average of six anglers aboard each vessel, this means approximately 222 visitors took part in the event at the Old Bahama Bay Resort & Marina.

Participants engaged in two intense days of fishing, leaving the marina at 6:30 a.m. and returning by 4 p.m. to weigh their catch. Each crew was allowed to weigh three fish per day, with a minimum qualification weight set at 15lbs per fish. The ultimate winner would be the team with the heaviest total weight of its three biggest wahoos over the two-day period.

Tournament Committee Member, Andy Flack said he was surprised by the turnout considering rough weather around this time of year deters some Florida natives from making the journey to West Grand Bahama. However, he credited the large showing to the participants’ desire to support the island during this recovery period.

“It was important that everybody not just get here to fish but get here to support West End and Old Bahama Bay and help the Bahamian economy get moving again,” Flack said. “We’re going to put probably $300,000 into the economy just by being here. So, we’re excited about that. We’re glad to help.”

The visiting anglers typically spend an average of four days on the island during the tournament. Though most of their time is spent fishing, they are afforded many opportunities to enjoy the local cuisine, pristine beaches and the company of friendly residents. According to Flack, these elements are more than enough to keep participants coming back.

“You can fish just about anywhere, but Grand Bahama and West End, especially, is a place we’ve fallen in love with over the years as a committee, so we like to come here,” Flack said. “It’s a great place to have a tournament, logistically. It’s a great way to help the Bahamians who are our family now, and through the tournament, the fishermen get to have a good time.”

For the last three years, the Wahoo Charity Cup has served as a fundraiser for Leukaemia & Lymphoma NI, a non-profit charity that supports the research and treatment of blood cancers. All cash donations, silent auction and raffle funds and a percentage of the boat fees are given directly to the charity in Northern Ireland. This year, Flack revealed, the tournament committee will select a non-profit organisation in West Grand Bahama to make a donation to.