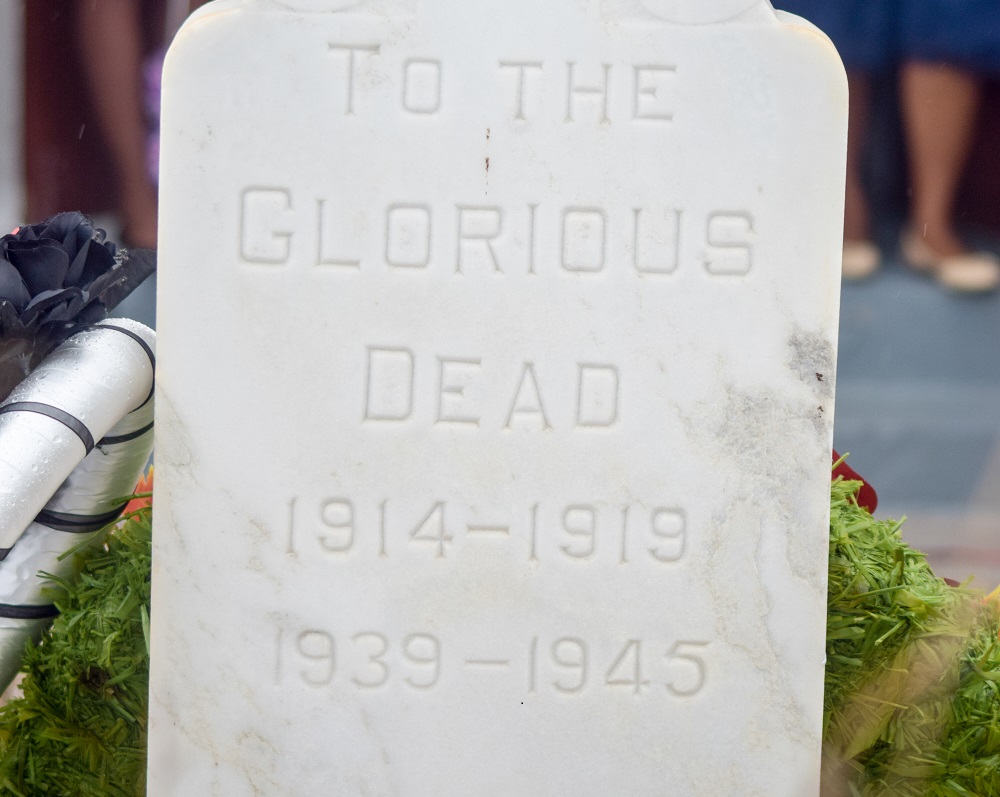 Grand Turk, November 1, 2019 – Turks and Caicos – : The Turks and Caicos Islands will commemorate Allied, Commonwealth and British personnel who fought in the two world wars of the 20th Century and in subsequent conflicts, on Remembrance Day on Sunday, 10th November 2019.

Her Excellency, Acting Governor Anya Williams will lay a wreath at the War Memorial on Grand Turk.

Other participating organizations that will also lay wreaths at each service include: the Hon.  Premier; the Leader of the Opposition; TCI Ex-Serviceman Legion; the Commissioner of Police; TCIG Medical Department; the Scouts, Guides and Brownies; Rotary International; Soroptimists International and the Red Cross.

Reflecting on the significance of Remembrance Day His Excellency, Governor Nigel Dakin said: “On this Remembrance Sunday we come together to remember all those who served in our Armed Forces or in other Public Services, military or civilian, in defense of our liberty.

We remember those who have also experienced the horror of war and who suffered injuries in war and internal conflict, many of whom have had to live with life changing injuries some physical, some psychological.

For the first year, this year, Representatives of the Turks and Caicos Islands will lay a wreath on behalf of the people of this Territory at the Cenotaph, in London, as part of the United Kingdom’s national remembrance parade.

On this Remembrance Sunday, both here in Turks and Caicos, and through our representatives in London, we have the opportunity to express our thanks to all of those men and women for the service, courage and sacrifice shown by them all. They were, and they are, inspirational.”