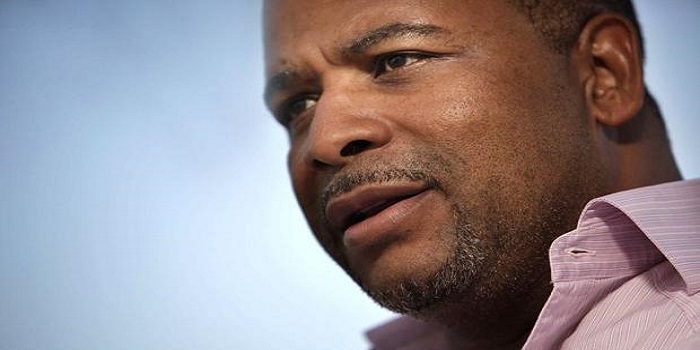 #Providenciales, October 31, 2019 – Turks and Caicos – On hearing that the Premier was making a National Address I waited with baited breath, intense anticipation, hoping that the Premier after being missing in action for months, had a major announcement to make on tackling crime, Immigration and civil servants pay.  An announcement of a breakthrough in the Constitutional talks would have been a game changer or maybe a first major investment since coming to office was about to be lauded for which she could have finally claim honest credit.

But to my disappointment non of the above happened.  Instead in her typical roddy, bullying style she used the national radio to try to intimidate the striking air traffic controllers, politicians and ordinary citizens who stood with them for exercising their Constitutional right to peacefully protest.

Let me be clear; I am not intimidated by Sharlene Cartwright or any of her fake Facebook accounts. I have stood with the workers of the Turks and Caicos Islands fighting for jobs, better pay and working conditions, respect and against discrimination all of my adult life.  Where was Sharlene when I and others stood with the workers of club Med in the 80s and cost it to be shut down until they changed their discriminatory practices?  Where was Sharlene when I and others stood up against the racism that was perpetrated on our people by the then owner of the Yacht Club, Jack Albershadt, who we ran out of town? So my record of standing with my people is undeniable I dare Sharlene to show anything comparable on her behalf.

Unlike her and Doug Parnell, I am not running for political office this time.  Therefore, I don’t need a photo opt.  I have served my country for more than 25 years and my record speaks for it self.  I stood with the air traffic controllers because it was the right thing to do.

I was first made Tourism Minister in the early 90s and my government formed 2003 to 2009 has done more to promote these islands including putting these islands on the map as a high end tourist destination.  So I do not need no “Johnny Come Lately” politician to lecture me about destroying an industry which my government helped to create . While we must protect the tourism industry, we cannot continue to do so at the expense of our own people, be they the air traffic controllers or the hotel workers.  I will always stand with the people of this country when threatened by big business that seeks to exploit them or a government that seeks to take advantage of them.

The simple fact of the matter is that since 2009, the people of this country have seen a complete regression in their economic fortunes whether in their personal lives or their businesses.  They have seen crime increased, unsolved homicides and their quality of livelihood adversely affected like never before.  They are watching Grace Bay develop and cannot see a meaningful future there for them or their children as entrepreneurs or property owners.

All this is taking place while the Government boasts of record surpluses but our people cannot get their children in public schools or generate any savings on their bank accounts.  Our people are either living from paycheque to paycheque or from hand to mouth with no hope in sight.  The roofs of their homes still have gaping holes in them in the aftermath of the hurricanes of 2017.

The Premier is a complete failure!!  She can fittingly be called “a do nothing Premier with all talk and no action”.   There is presently a  major crime ring that is affecting our country – where was she during the highest murder occurrence a month ago? She didn’t even have the decency to show up to her own press conference on crime.  We now know where her priority lies and it isn’t with us.

The sloops keep coming in weekly and her solution is she can’t stop the sloops.  Again in her so called national address she said nothing about illegal Immigration.  She never takes responsibility for anything.  Instead she can be relied on to deflect and lie whenever she is confronted with an issue relating to this country.

In her address, she gave the public the impression that the Airport Authority has nothing to do with the Government. The Authority is a statutory body that is wholly own and run under the direction of the Government. The Board reports to a minister; in this case, she is the minister responsible for the Airport Authority.  Her PS of Finance sits on the Board.  The reason for this is to ensure that Sharlene, as Premier and Minister responsible is kept abreast of essential matters of the Authority.

As the Minister responsible she should have known what was brewing and should have dealt with it long before it got to a crisis point for the young and committed air traffic controllers who had to strike  to get her attention.  For her to now come out of hiding and spew out the garbage she did in her address is in true conformity to her style of deflection.

It was the PDM with her help in 2008 that wrote fictitious letters to the British Foreign Affairs Committee complaining about my government and alleging systemic corruption causing the suspension of the Constitution and the last ten years of investigation and trial.

Of further concern to all right thinking people, isn’t it alarming or damn right shameful how the British Government selected her and others who were highly conflicted to sit on the Consultative Forum to enact laws to persecute, sorry I meant “prosecute” her political opponents.  Wasn’t it convenient and beneficial to Sharlene and her associates to repeal the rights to jury trials and the treatment of hearsay evidence and to establish a sham kangaroo court so that she could be elected as the next government?

If this is not Sharlene dealing in your own self-interest, then tell me what is?   And she and others like her have the audacity to call me and my colleagues corrupt?  Ain’t this exactly what the United States of America is dealing with in the impending impeachment of Donald Trump?  As they would say here….”Child Please”.

I believe the majority of the people in this country can see and know exactly what is going on and history will judge Sharlene and people like her accordingly.

Sharlene Cartwright you are a dishonest hypocrite, a Liar and a two faceted bully who is surrounded by drug dealers and henchmen who are shaking down the Ritz Carlton investors and others for access and favors.  Maybe the Integrity

Commission should perform a close examination of this.

But it ain’t long now the people of the Turks and Caicos will remember you at the polls and will  make sure you are a one term Premier.