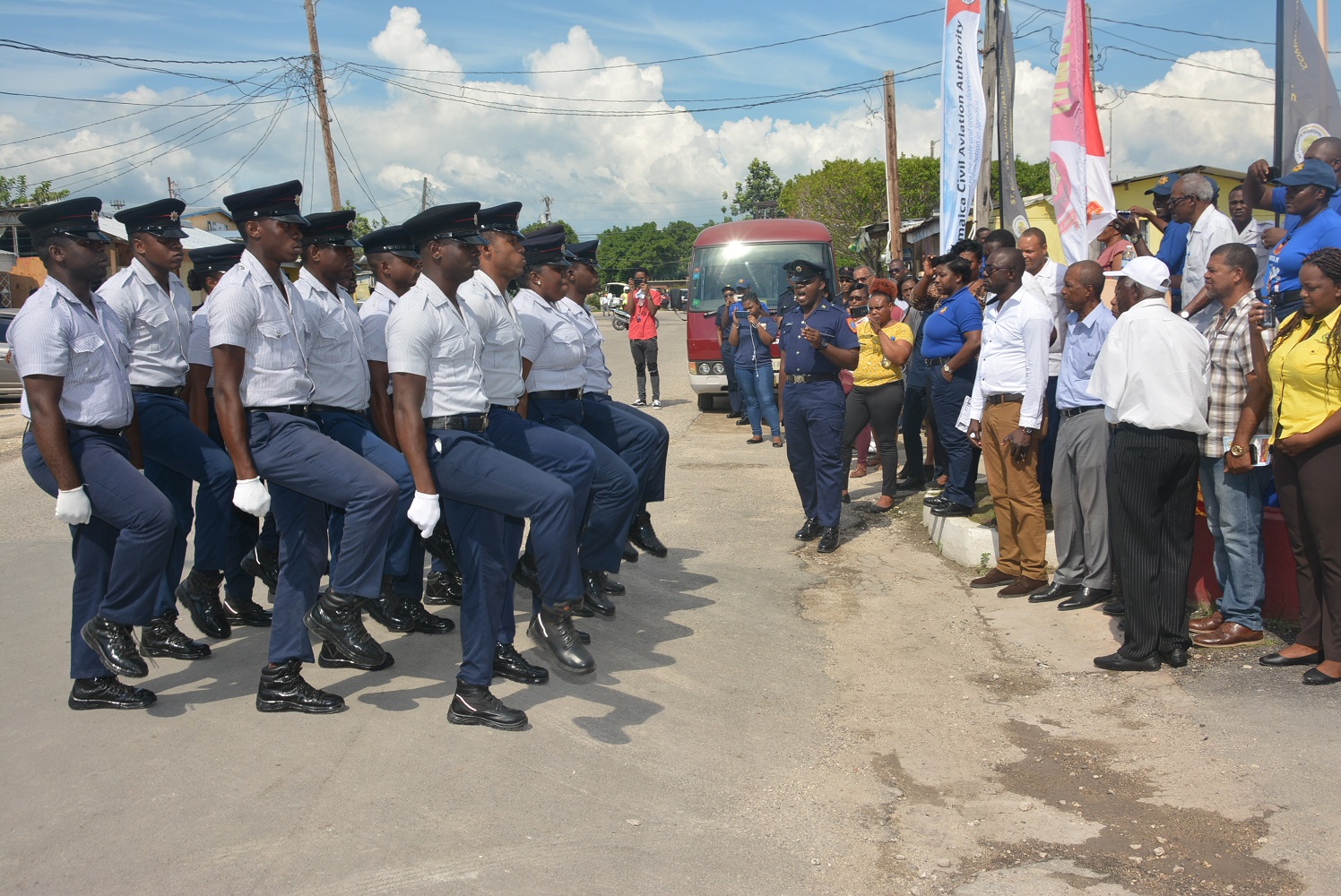 Montego Bay, November 2, 2019 – Jamaica – The St. Elizabeth Fire Division on Wednesday (October 30) commemorated 85 years of service to the parish with an open house at the Black River Fire Station.  The event coincided with the Jamaica Fire Brigade’s (JFB) National Fire Safety Awareness Week, being observed from October 27 to November 2 under the theme ‘Mek Wi Fix It – Community First’.

Firefighters from across St. Elizabeth engaged in a parade and march-past throughout Black River and attended an awards ceremony, during which several long-standing and upcoming members of the JFB were honoured for exemplary service.

A commemorative scroll erected at the front of the station, which acknowledges the division’s 85 years of existence and the selfless service rendered by firefighters over the period, was also unveiled.

In his address, JFB Deputy Commissioner in charge of Operations, Kevin Haughton, singled out firefighter, Okar Walsh, whom he said played a key role in extinguishing a fire that ravaged more than 250 acres of farmland in the community of Flagaman in August.

“His actions assisted greatly in saving lives and preventing further damage to property,” he stated.

Mr. Haughton said members of the St. Elizabeth Fire Division have been working gallantly, adding that he anticipates they will continue to carry out the mandate of the JFB in a professional and responsive manner.

For his part, JFB Assistant Commissioner with responsibility for Area Four, Floyd McLean, extended an invitation to stakeholders to forge public-private partnerships with the Brigade that will serve to further improve fire safety and awareness across the parish.

“Come on board and let us, from the 85th anniversary going forward, develop an even more ideal situation for our firefighters,” he said.

St. Elizabeth has three fire stations, which are located in Black River, Junction and Santa Cruz.

Header: The Elite Platoon of the St. Elizabeth Fire Division performing a march-past for fire service and other stakeholders during Open House at the Black River Fire Station on Wednesday (October 30), in celebration of 85 years of service in the parish.

2nd insert: Firefighter of the Black River Fire Station, Okar Walsh (left), accepting an award for selfless service from the Jamaica Fire Brigade’s (JFB) Deputy Commissioner in charge of Operations, Kevin Haughton, during Open House on Wednesday (October 30) in celebration of 85 years of service by the St. Elizabeth Fire Division.