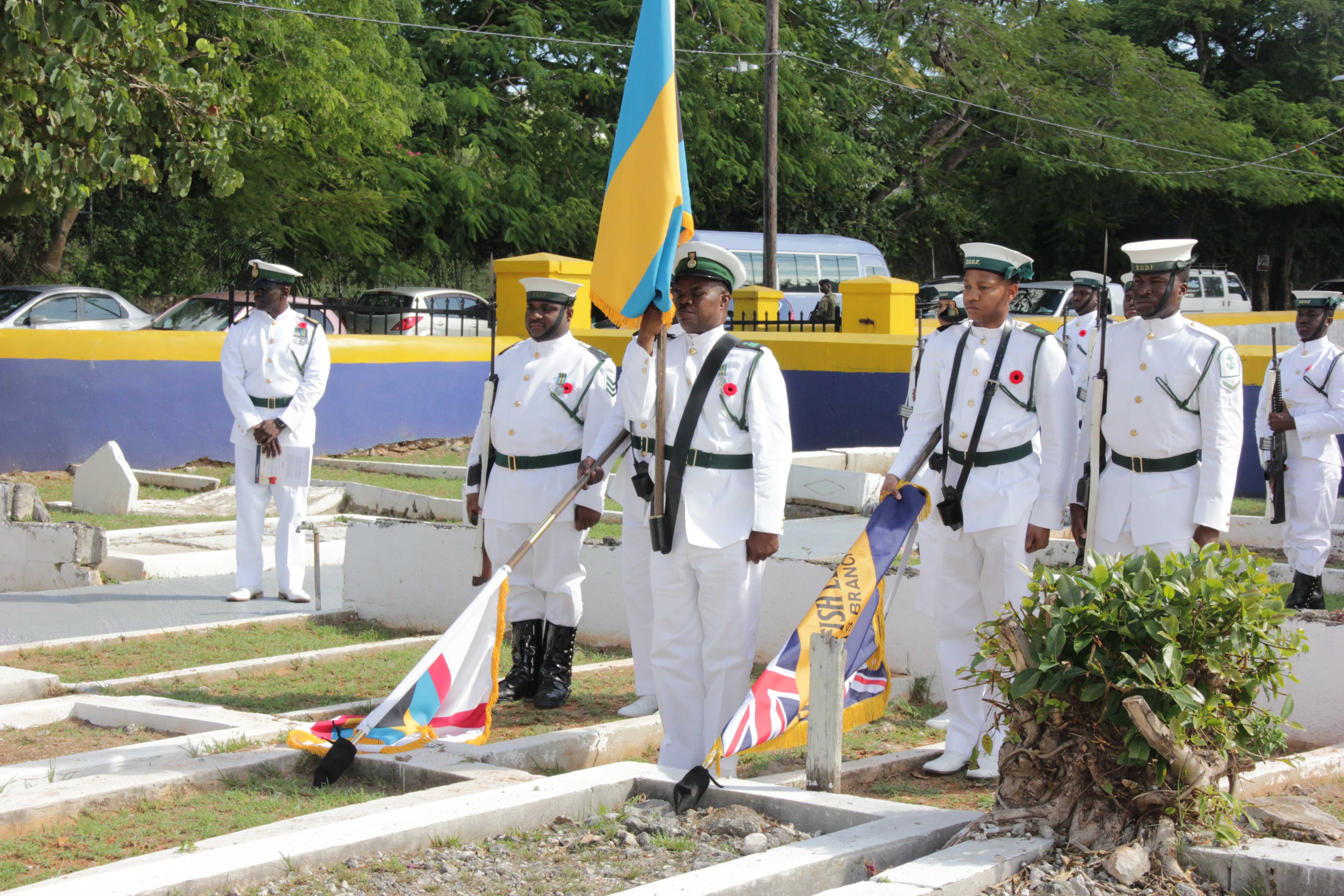 Coral Harbour Base, Bahamas –  The Royal Bahamas Defence Force partnered with the British Legion-Bahamas Branch (BLBB) on Friday November 1st for a Pre-Remembrance Day Military Wreath Laying Ceremony at Rawson Square in commemoration of the ending of world war II, which took place in June of 1944.

Wreaths were laid near the Queen Victoria statue as a tribute to Bahamian military veterans, who served in both World Wars I and II. Special recognition was also given to several World War II Bahamian Royal Air Force pilots and World War I contributors. These included the first Gallant Five (5) Bahamian men to volunteer for the war.

The event was organized by the BLBB in collaboration with the RBDF. The Master and Mistress of the ceremony were Commander Shonedel Pinder, RBDF liaison to the BLBB, and Woman Marine Reservist Adina Munroe-Charlow, Chairman/Treasurer of the BLBB, who also gave a colorful history of the Bahamian pilots involvement during the war.

Attending the ceremony were the Governor General His Excellency The Most Honorable Cornelius Smith, the Minister of National Security, the Honorable Marvin Dames, Executive Officers of the British Legion–Bahamas Branch, Captain Raymond King, Acting Commander Defence Force, Mrs Sarah Dickson,  British High Commissioner to The Bahamas, representatives from the Diplomatic Corps, representatives from the Police Force and The Department of Correctional Services, families of the fallen veterans, senior officials from the Ministry of Education and faculties and students from the R.M Bailey Senior High School, C.R. Walker Senior High School and T.G. Glover School.

Following the ceremony, His Excellency was given a brief tour of the exhibition displaying the Bahamian Royal Air Force pilots.