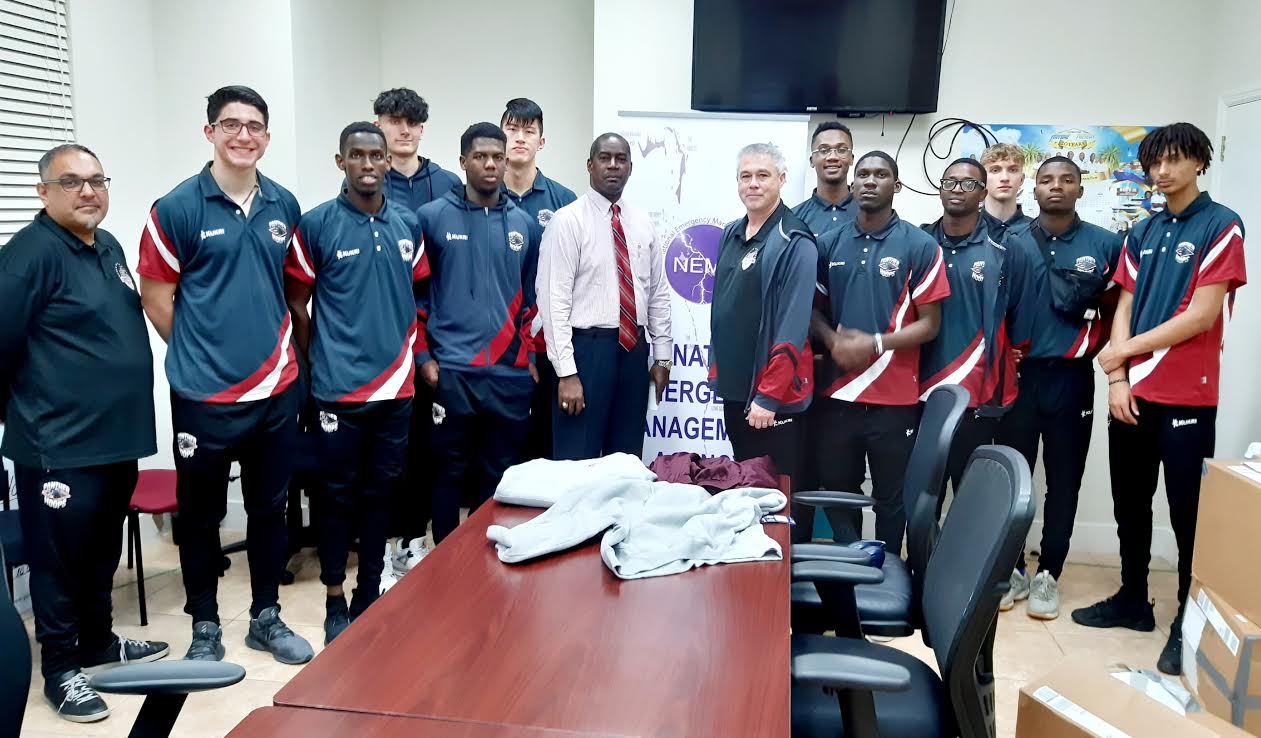 The team came to participate in the Caribbean Tip-Off Classic at Loyola Hall, Aquinas College from November 1-3, 2019.  Among team members are four Bahamians – one from Freeport, Grand Bahama, whose family was impacted by Hurricane Dorian in September.

Coach Doug Dowell said the funds were raised during a chapel service and a pancake breakfast event; for a total of $1,061(US$).  He said when news came out about the hurricane and its devastating impact, the decision was made to host the fund raising events. The team also donated three boxes of basketball warm-up suits to be donated to local teams.

Pictured in the midst of the team are Captain Stephen Russell, Director, NEMA and Coach Doug Dowell.