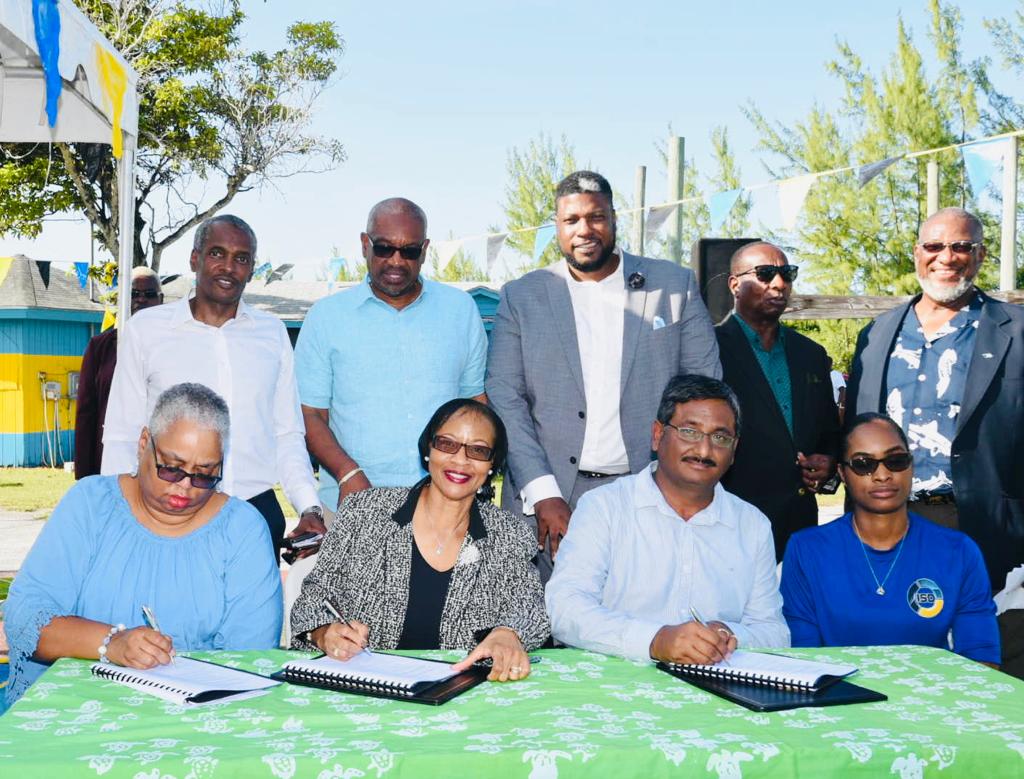 Staniard Creek, Andros, November 8, 2019 – Bahamas – The Ministry of Works and Bahamas Marine Construction have signed a $9.6 million-dollar contract for the construction of a new bridge that will improve travel between mainland Andros and the settlement of Staniard Creek and provide greater protection for marine life in North Andros.

The length of the contract is expected to be 15 months and was awarded after competitive bidding at the Tenders Board.

“The existing concrete bridge is in a critically poor condition and replacement is urgently required,” said Prime Minister the Most Hon. Dr. Hubert Minnis at the signing ceremony on Friday 8 November.  The existing bridge provides the only vehicular link between mainland Andros and Staniard Creek.

Prime Minister Minnis noted that there are a number of natural creek ecosystems in Andros which have become severely affected from the construction of road causeways across them.

“They have often been constructed with insufficient openings provided, such as culverts and bridges, to allow for uninterrupted water flow,” said the Prime Minister.  “This often results in severe affects to the natural aquatic ecosystem which include increased sedimentation in the creeks, modification of the mangroves, and decreased fish larvae in the lagoon.”

Because of the existing bridge’s considerable dam effect on the creek, the new bridge has been relocated to a more favorable location, about 475 feet north of the existing causeway, said the Prime Minister.  As a part of the bridge replacement project, a series of bridge culverts will be constructed on the causeway, east of Queen’s Highway on the approach to the bridge site.  The culvert will improve the water flow in the area and allow the natural regeneration in the ecosystem with the natural flushing out of the creek occurring.

The new bridge will be constructed as a 180-foot structure spanning the entire waterway channel.  Dredging will be done in the creek channel to reinstate the water flow. The existing utility services will be relocated from the old site to the new bridge.

“I look forward to returning to Andros for the signing of other contracts and to be a part of ensuring that Andros is given every opportunity and the support needed for sustainable growth and development,” said the Prime Minister.

“In areas such as ecotourism, farming, the generation of renewable energy and other areas; Andros has extraordinary potential.”