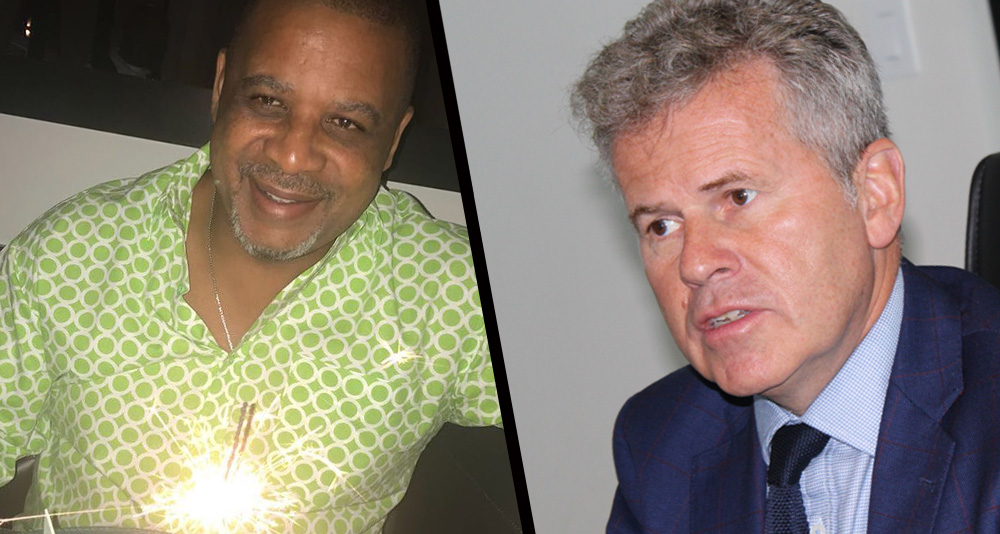 #Providenciales, October 9, 2019 – Turks and Caicos – Governor Nigel Dakin is adamant that the facts about the establishment, composition and functioning of the new Turks and Caicos Islands Status Commission cumulatively demonstrate that he has very little to do with the nearly 200 applicants being considered for TCI citizenship.

In a statement to defend a brutal assault published by former Premier Mike Misick which criticized the the audacity of the new governor to plan to grant Turks and Caicos citizenship to so many people at one time, His Excellency Dakin took some jabs of his own.

“The facts stand in sharp contrast to the commentary Michael Misick has suggested but his comments do sit entirely consistently with the narrative he wishes to portray. As for the rest of Michael Misick’s comments on my motives and my nature I trust the public to make their own informed decisions. My intention is to be hugely transparent so they can be,” said Governor Dakin.

Michael Misick wrote: “This is an outrage of mass proportion that is about to happen.  Every Turks and Caicos Islander from all walks of life, religion and political persuasions has to get involve speak out and if need to be have a peaceful demonstration to prevent what is about to happen,” Misick added, “Let’s be reminded of who the Governor really is.  He is the British Government Representative.  He represents the colonial power of the UK.”

Misick is clearly outraged at the alarming number of people, at some of the people who are named on the list and expressed in his commentary that it is the Governor himself who is marshalling the move for mostly British applicants to have full rights as citizens of the TCI.

Governor Dakin rejected the assertions and informed that the Commission is entirely set up by the Government PDM and the Opposition PNP; including the post of Chairperson, which legally he could have assigned.

“As a new Governor, recognizing the sensitivity of this issue to Turks and Caicos Islanders, and believing that it’s for the Islanders alone to make these decisions, I actively chose to waive my right to appoint a Chair if the Premier and the Leader of the Opposition could agree on a Chair, which they have and who I was delighted to appoint.”

Magnetic Media’s own report on the Turks and Caicos Islander Status Commission reveals the ordinance was passed since 2015 and a revision of the law happened last year, 2018.  Governor Dakin in his statement on October 2, 2019 explained the lengthy list.

“The reason so many people now have applications for Islander status, as allowed through the Ordinance, is because the Commission has not been appointed. Had the Commission been set up there would have been only a small number of applications each year; instead there is a significant number who not only deserve to be considered but have a lawful right to be considered.”

“It is worth saying that I had no sight of the list of names of those seeking Islander status until today; when a leaked list was circulated. The Governor only knows of those who have secured a recommendation for Islander status once the Commission has made their determination; a Commission staffed exclusively by Islanders.”

The Progressive National Party, despite partnering to name the TCI Status Commission, has since issued its own statement, also condemning the length of the list in the absence of a report on the 2018 consultation on the law.

TCI: ﻿US Coast Guard Assist in Apprehension of Illegal Vessel