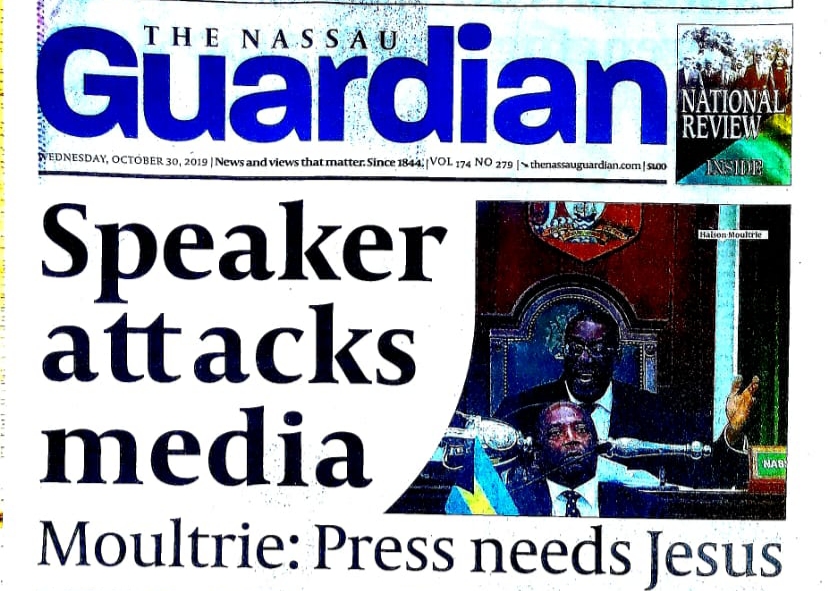 #Nassau, October 31, 2019 – Bahamas –The Bahamas Press Club 2014 finds it disturbing that in as many days, the freedom of the Fourth Estate of the Commonwealth of The Bahamas is being attacked by the Speaker of the House of Assembly the Hon Halson Moultrie.

The depth to which the Speaker has drawn the Speakership of the House of Assembly is shameful, in his labeling the reports in the credible newspapers of The Bahamas “yellow journalism.”

Mr. Moultrie should also be careful in his threats to the media “to either conform or be gone”, because in a few short years (2022), those words could rebound and not in his favour.

He could very well be gone from the House of Assembly and the Speakers’ chair and the media will still be here.

Yes, Mr. Moultrie, the press does need Jesus, as does everyone else, including you.